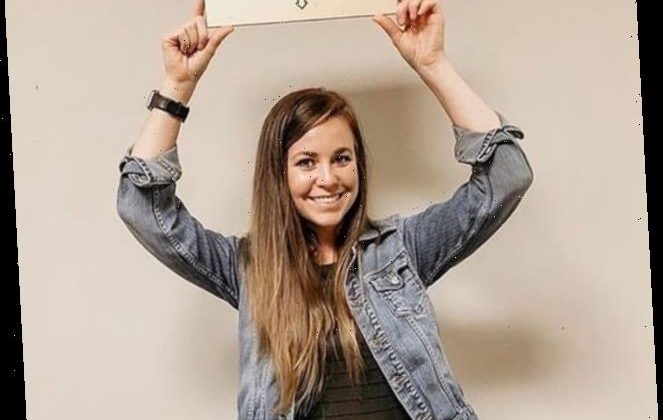 But at least she’ll pass away with a smile on her face.

The reality star — who somehow remains unmarried at the age of 30 despite having parents who pressure their daughters to start procreating as soon as they’re old enough to vote — jumped on her Instgram Stories this week and poked a bit of fun at herself.

Gotta laugh to keep from crying over your controlling mom and dad, right?

As you can see above, the Arkansas resident proved she has a sense of humor about her sensitive single subject by posing underneath a sign that reads:

Come on, men around the world. Get in line! Court me, please! Court me until all the cows from my native state come home!

In response to her message, Anna Duggar responded:

Lawson Bates, meanwhile, made it sound as if he might have some interest, chiming in as follows:

A multitude of other commenters reassured Jana that it’s “fine” to be 30 and single, while a handful noted that they were in the same boat and that it’s “God’s timing.”

(Editor’s Note: Of course it’s fine to be single at 30 years old!!! It’s a sad state of affairs when reminders such as this must be emphasized on social media.)

Jana is the only member of her famous family over age 21 who has yet to get married, which is rather insane.

The pressure on her is especially high in her evangelical Christian community, where women are encouraged to be homemakers and mothers to lots and lots of children.

Like we said: It’s a very sad state of affairs.

Speaking to Us Weekly about her status recently, Jana said “I’m not that worried,” adding in the interview:

“Yes, I long to be married and one day. I think that will come, but I think. I’m just also just trying to stay busy with whatever comes along my path.”

Unlike her siblings Josh, John David, Jill, Jessa, Jinger, Joseph, Josiah, and Joy Anna, Jana is still in search of her soulmate.

As such, of course, she’s also without any children at the moment.

If she’s truly following all the strict Duggar rules at home, then she’s never even kissed a man.

No judgment from our end at all on that front, just a bit of pity. It’s fun to swap spit!

Jana admitted in this same Us Weekly feature sometimes she “feels a little more pressure”, but ultimately she think it’ll all work out.

“I think if I sit there and I’m like, “Oh no, I’m not married” and just [get] all worried about it, it makes things way worse,” she said, adding:

“So I just find the next thing to do to stay busy.”

And if sometimes she has to get busy with a female friend… so be it!

Duggar Wedding Photos: Which Nervous Virgins Were the Most Awkward?Start Gallery