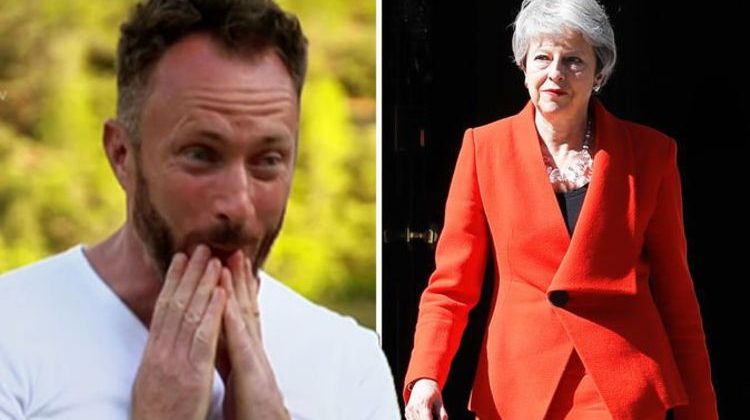 James Jordan, 41, who is known for being outspoken, took to Twitter and told his followers what he thinks Theresa May’s next move should be following her resignation. In view of his 252,000 followers, the Dancing On Ice champion suggested she should follow in his skating footsteps and take part in the ITV competition. He wrote: “Teresa May for @dancingonice 2020!” The cheeky quip seemingly appeared to get the attention of his fans, as many rushed to comment on the post which gained 2,000 likes.

One person wrote: “Now that I would like to see.”

While a third person added: “Not so sure about that one!”

James’ tweet comes after the Prime Minister announced she will depart from Number 10 on June 7.

The Conservative leader broke down during her emotional speech where she insisted she had done her best to deliver a Brexit deal and said being PM had been an “honour”.

Her voice began to crack as she concluded: “The second female prime minister, but certainly not the last. I do so with no ill will, but with enormous and enduring gratitude to have had the opportunity to serve the country I love.” 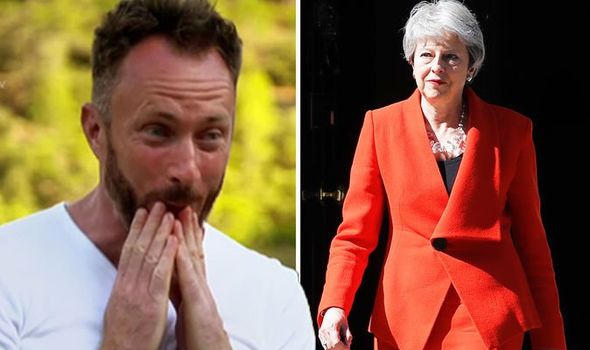 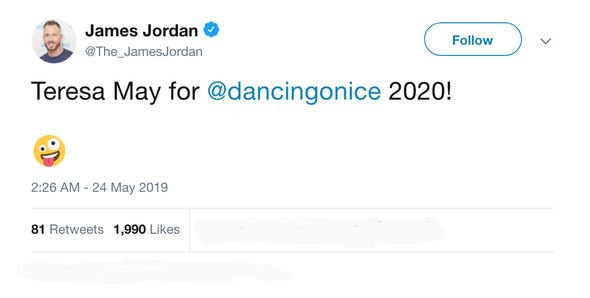 The Dancing On Ice star was not the only person to share his thoughts on Theresa’ resignation with Piers Morgan and Gary Lineker leading the reaction to her stepping down.

Following her speech, Good Morning Britain host Piers, uploaded a picture of her and said: “Thanks for nothing.”

While Gary Lineker was a little more sympathetic towards the now ex-Prime Minister.

He wrote: “Whether you like her or not the truth is, Theresa May had an impossible job trying to deliver the impossible: a deal to leave that satisfied everyone’s version of what leave actually meant.

“The baton will be handed on and dropped again.”

The Match of The Day host added: “We live in dangerous times. No deal creeps closer.” 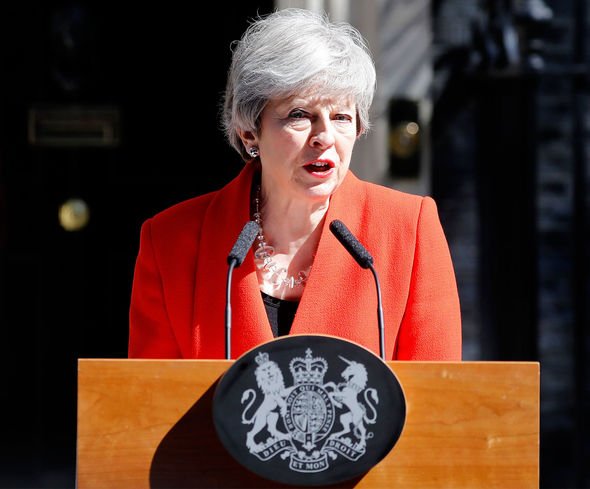 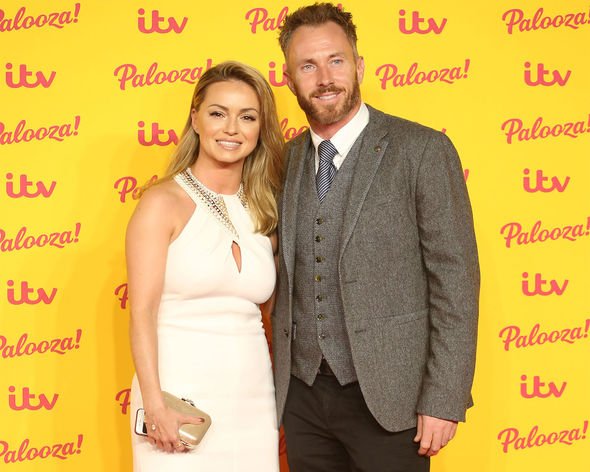 The couple were joined by over 3,000 guests from 152 military organisations, charities and care homes who help support wounded service and ex-service men and women from the Armed Forces.

But he revealed his disappointment admitting he didn’t realise the event would be so busy.

In view of his 160,000 Instagram followers, he said to the camera: “So, we are at Buckingham Palace and it’s a beautiful day.

“We are in the gardens with a lovely cup of tea and all that… But I am slightly disappointed.

“I don’t know about you Ola but I didn’t realise there was going to be so many people here.”