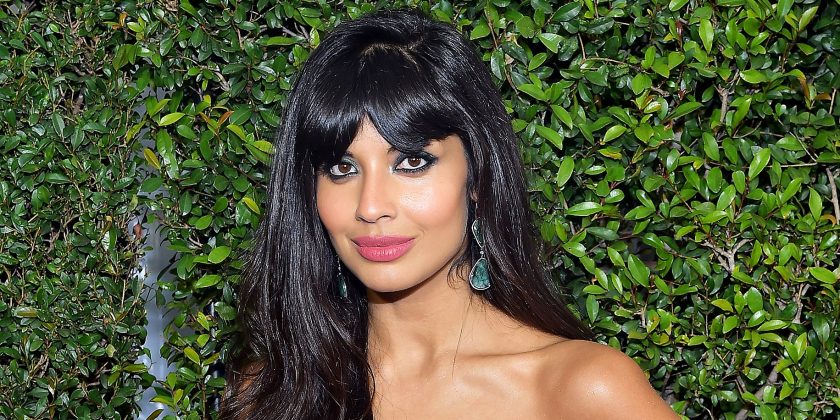 Jameela Jamil has a voice, and she’s not afraid to use it. The Good Place star got real about her decision to speak out against celebrities when they don’t align with her beliefs.

“I think a lot of people in the public don’t speak out about things that they could well use their platform to speak out with,” the activist, 32, told Us Weekly exclusively while attending a #BlogHerHealth19 event at the Hudson Loft in downtown L.A. on Thursday, January 24. “They’re afraid of sticking their neck out because if you do, your head gets chopped off.”

The English model told Us that she is trying to lead by example. “What I’m trying to be is someone in the public eye who’s owning up to my mistakes, owning up to my ignorance and willfully educating, showing people that I’m educating myself and educating them alongside me,” she explained. “I try to involve and engage other people with my journey so that we can all grow together. Rather than coming at it with an ego.”

For Jamil, that often means means piping up against even popular stars: In November, she railed against Cardi B and other celebrities who promote detox teas.

“They got Cardi B on the laxative nonsense ‘detox’ tea,” the actress tweeted Opens a New Window. on November 24. “GOD I hope all these celebrities all sh–t their pants in public.”

The DJ also spoke out in June about Quentin Tarantino’s decision to cast Emile Hirsch, who pleaded guilty in 2015 to misdemeanor charges of assault against film executive Daniele Bernfeld after he was accused of choking her. “Cool. Emile Hirsch strangled my tiny female best friend until she blacked out at a party in front of dozens of witnesses at Sundance Film Festival (and was convicted) but Tarantino just cast him in a movie,” Jamil tweeted at the time.

“I’m not gonna shut up about it until I hear a public apology from him that is an ‘I’m sorry for what happened,’” she told Us on Thursday. “Is that gonna stop me from being in a Quentin Tarantino movie? Fine. I stand for women. If I fail in this industry and do the right thing, I would rather that than succeed in this industry doing the wrong thing.”

With reporting by Taylor Ferber