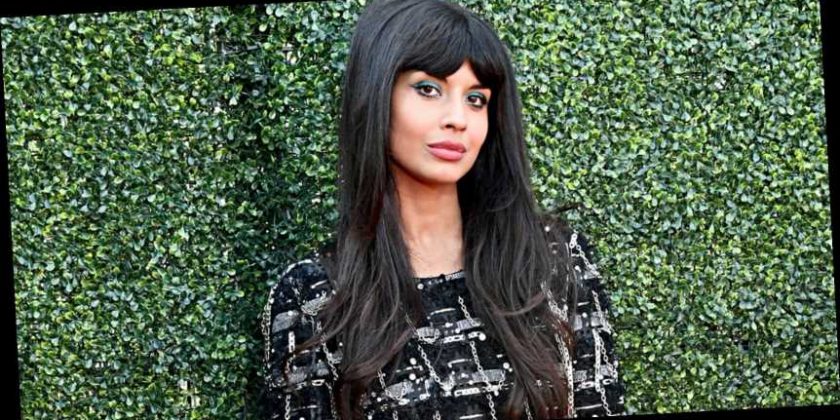 Jameela Jamil and Caitlin Moran have spoken out in support of Stella Creasy after the MP was targeted by anti-abortion campaigners.

Jameela Jamil has spoken out about some pretty important subjects during her time in the spotlight. Besides tackling the toxic diet industry and speaking out about the need for better representation and diversity in Hollywood, the actor has spoken candidly about some of the personal matters she has tackled throughout her life, including her rare EDS diagnosis and her choice to have an abortion when she was younger.

And it doesn’t look like The Good Place star is about to stop anytime soon. Yesterday, Jamil took to Twitter alongside a group of MPs and public figures to speak up in support of Stella Creasy, after the MP was targeted by a graphic anti-abortion campaign advertisement in her Walthamstow constituency. The advertisement, which claimed to picture a nine-week-old foetus, promoted the “Stop Stella” campaign, which aims to block Creasy in her bid to promote abortion rights for women across the UK.

“What are we doing about this blatant harassment?” the actor and former Stylist guest editor tweeted, addressing Clear Channel UK (the company who owns the billboard which displayed the advert), the Metropolitan Police, and the Advertising Standards Authority.

“It’s triggering to women who suffer miscarriages, it’s factually incorrect; and this ‘freedom of speech’ is attempting to curtail the freedom of women to choose what to do with their own bodies,” she said.

In a second tweet, she continued: “I’ve said it before and I will say it again, for anyone out there who needs to hear it, my abortion was the best decision I have ever made. I wasn’t physically, emotionally, psychologically or financially ready, and it’s my body, and I made the right choice #guiltfreeandthriving.”

This isn’t the first time The Good Place star has spoken out about having an abortion. Commenting on the heartbeat bill which was recently introduced in the US state of Georgia on Twitter earlier this year, the actress revealed she “had an abortion when I was young” and that “it was the best decision I have ever made”.

“Call me whatever you like,” Jamil added. “I’m not sorry about my abortion. Contraception failed me and I did what was best for my mental and physical health at the time. And I would do it again if I had to. I don’t feel at ALL ashamed, and if you had one too, for any reason, neither should you.”

The images of the Walthamstow advertisement, which were originally shared by MP Stella Creasy herself, show the advert from CBR UK, a pro-choice campaign group which claims to educate society “on the humanity of the unborn child and the reality of abortion”.

Understandably, people were upset by the image, with many pointing out that the foetus on the billboard is probably a lot older than nine weeks (one doctor suggested the picture was “more like an 11-12 week foetus”) – and that the images could be triggering for women who have suffered an early miscarriage. After the initial images were circulated on social media, later photographs showed the billboard covered in white paint to hide the offensive image.

Alongside Jamil’s support for Creasy came messages of solidarity from other MPs and public figures, including Conservative MP Amber Rudd and author and fellow former Stylist guest editor, Caitlin Moran.

“I am with Stella on this, it is grotesque harassment of her personally,” Rudd tweeted.

“This is just shocking harassment of a pregnant MP,” Moran added, “who has always defended women’s rights to choose whether they wish to be pregnant or not #defendstella. Graphic anti-abortion billboards in 21st century Britain.”

“It is entirely wrong to run a campaign against a pro-choice MP like this,” Thornberry said. “To make it worse, this poster is outside a school. And furthermore – yes there is more – the MP you are targeting is pregnant.”

“Just want to say @stellacreasy is a legend,” Phillips added. “Trying to stop her and bully her will only make us, her more than anyone, stand up stronger and taller together.”

The advert prompted complaints to the ASA, who have confirmed they are “currently assessing them to determine whether there are grounds for action.”

Clear Channel UK, who own the billboard in question, have also since apologised for the advert and committed to removing it, after the company’s CEO William Eccleshare spoke out against the advert.

“I am personally appalled by these ads and they should never have been put up,” Eccleshare said. “I can only apologise that a failure in our system allowed it to happen. I am so sorry. The posters were taken down as soon as possible once we were alerted.”

“We apologise for a recent billboard campaign in Walthamstow,” Clear Channel UK said in statement on Twitter.

“We have removed this campaign and are reviewing our internal processes.”