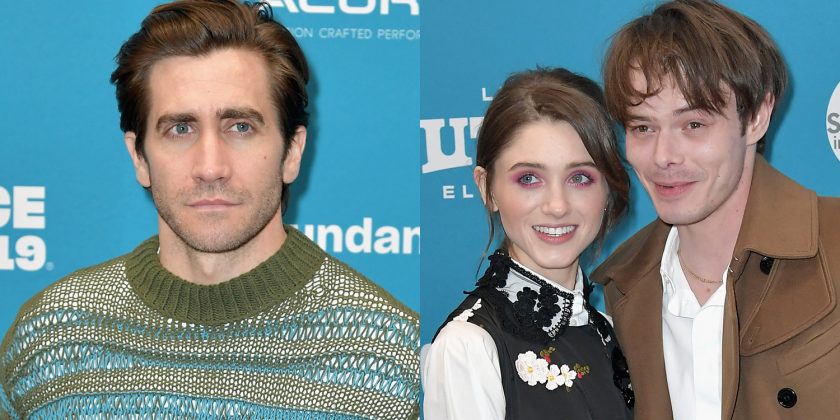 Jake Gyllenhaal hits the red carpet at the premiere of Velvet Buzzsaw at the 2019 Sundance Film Festival on Sunday night (January 27) at the Eccles Center Theatre in Park City, Utah.

The 38-year-old actor stayed warm in a green and blue striped sweater as he was joined at the premiere by his co-star Natalia Dyer and her boyfriend Charlie Heaton.

PHOTOS: Check out the latest pics of Jake Gyllenhaal

The movie will debut on Netflix on February 1 – check out the trailer here!

15+ pictures inside of the cast at the premiere..