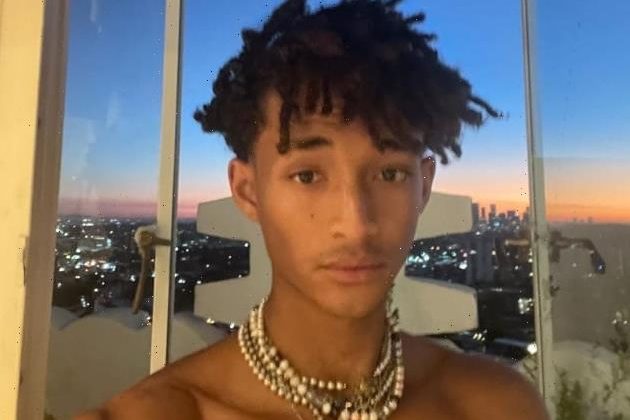 During Sunday night’s Oscars show, Will Smith slapped Chris Rock in a viral moment, retaliation for cruel jokes about his wife’s alopecia.

Because the world is terminally unable to be normal about things, the “takes” have been wild.

People have accused Will of being “taught” violence through Scientology (he’s not a Scientologist), people invoked the names of dead comedians, there have been 9/11 comparisons.

But one famous Twitter user’s opinion matters more than most: that of Jaden Smith.

“And That’s How We Do It,” Jaden tweeted on Sunday night, just a short time after the broadcast of the Academy Awards ended.

In a follow-up tweet, Jaden shared an emotional confession.

He wrote: “My Dads Speech Made Me Cry.”

If you’re not familiar, Jaden has tweeted in this style — short sentences, some declarative and others poetic, with the first letter of each word capitalized — for many years.

It was enough to make his tweets a meme on Tumblr during the social media platform’s golden era, much to his dismay.

Usually, however, his tweets are not about major news relating to his immediate family.

To briefly recap, Jada Pinkett Smith recently opened up about her hair loss.

She has spoken publicly about her years-long struggle with alopecia.

While standing on the stage at the Academy Awards, Chris Rock singled her out to make fun of this condition.

Actors often receive special attention for dramatically altering their real life appearance for a role, as Demi did for that haircut.

In other words, Chris was mocking Jada’s hair loss.

Will took a couple of seconds to process the joke, observed his wife’s reaction, and had a reaction of his own.

Specifically, he walked up onto the stage and slapped Chris Rock across the face.

The audience reactions were priceless. So were many of the reactions of viewers at home.

“Will Smith just smacked the s–t out of me,” he remarked, stunned.

Back in his seat, Will called out: “Keep my wife’s name out your f–king mouth!”

“Wow, dude, it was a G.I. Jane joke,” the comedian protested.

This prompted Will to reiterate: “Keep my wife’s name out your f–king mouth!”

“That was the … greatest night in the history of television,” he remarked, and not incorrectly.

From there, he went on to hand out the next award.

The responses that you saw on social media likely depend upon which people you follow, and which social media platforms you use.

On Facebook, you probably saw a lot of hand-wringing and slippery slope arguements and probably a touch of racism here or there.

On Tumblr, the takes could only be characterized as “gleeful” with the occassional “I have no idea who these men are.”

One doctor sincerely wrote a “what if” suggesting that things would have been worse had Will struck late great comedians like Betty White or Bob Saget.

Her ratio was so severe that, despite her obvious desire for attention, she went private.

Another person claimed that Will had learned to employ violence at others as part of Scientologist indoctrination.

That’s not true for a couple of reasons — for one, Scientologists who are not David Miscavige are not supposed to be violent, though yelling and screaming may be part of their behavior.

The other is, more significantly, that Will and Jada are not part of the Church of Scientology. That infamous organization loves to flaunt its famous members; they are not among them.

On the other side of things, some claimed that objecting to violence was, in this case, racist.

While there were certainly responses tinged with racism, that argument is a bit of a stretch.

Many people are allowed to have nuanced feelings about a complicated topic — violence in defense of a man’s wife and her health condition — without deserving insults.

To Jaden, of course, this was his mom being insulted on stage by a comedian who has made fun of her before.

Chris Rock — who was under fire for jokes about homophobic child-abuse not that long ago — crossed a line.

People as a whole may feel divided over whether Will’s response was appropriate, but clearly it struck the right chord with Jaden.