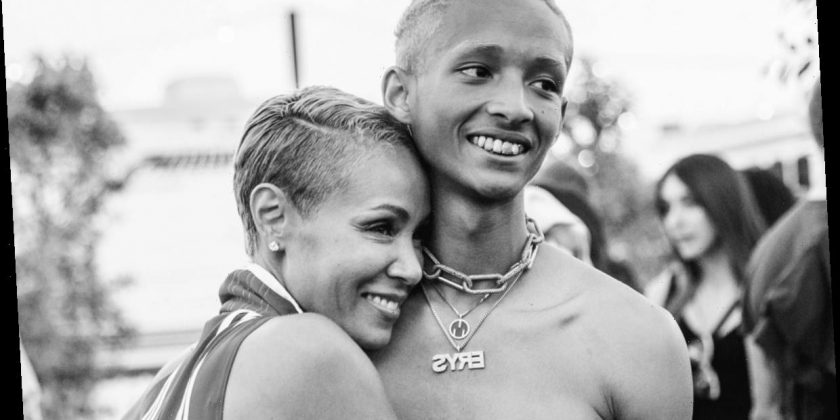 Since her feature film debut in Menace II Society, Jada Pinkett Smith has starred in over 40 movies. In many of her roles, the Matrix star played the love interest of actors such as Eddie Murphy, Tupac Shakur, and even her real-life husband, Will Smith.

In 1998, the Set It Off actor gave birth to her first child, Jaden Smith. After her son was born, she shared why her fans won’t see her in any more love scenes.

Pinkett Smith’s acting career began in the early ‘90s. The Baltimore School of the Arts graduate landed her first role in 1990, playing Beverly in True Colors. The following year, she booked a job as Lena James in The Cosby Show spinoff, A Different World.

At the height of her fame, the Woo actor started dating Smith. They made their relationship official once the Fresh Prince of Bel-Air star finalized his divorce from his first wife, Sheree Zampino. Soon, Pinkett Smith left Baltimore to move in with the Gemini Man star in Los Angeles. Two years later, the Red Table Talk host became pregnant with Jaden. Pinkett Smith was already three months along at their New Year’s Eve wedding, which made her unhappy.

“I was so upset that I had to have a wedding. I was so pissed,” Pinkett Smith said, adding that she “went crying down the freakin’ aisle getting married.”

How becoming a mom to Jaden gave Jada ‘other responsibilities’

In 2001, Pinkett Smith shared with Vibe Magazine how motherhood changed how she filmed her romantic scenes moving forward. Because of her children, the actor decided to stop showing her nudity on camera.

“That part of my life is in the past. I’ve got sons now, and I’ve got a little girl,” Pinkett Smith said of her nude scenes in films such as Jason’s Lyric.

“That was the other, younger Jada, who didn’t have any other responsibilities but to herself,” she continued. “Now I’ve got to think about my kids.”

Why Jaden Smith once called himself a ‘mom’s boy’

During interviews and on Red Table Talk, Pinkett Smith often opens up about raising children in Hollywood. Her career on the back burner to raise Jaden and Willow after Smith’s career elevated. While the two were growing up, Pinkett Smith faced being “mom-shamed” for her children’s decisions. With Jaden, specifically, she stood up for her son after receiving criticism for wearing skirts in 2016.

In 2010, the Karate Kid star said on The Late Show that he’s closer to his mom than his dad. He shared with host David Letterman that he finds Pinkett Smith easier to communicate with than Smith.

“I really like her,” Jaden said of his mom. “I think I’m a mom’s boy more than I am a dad’s boy because my dad, when we’re shooting movies, he will just push me to the edge of death.”