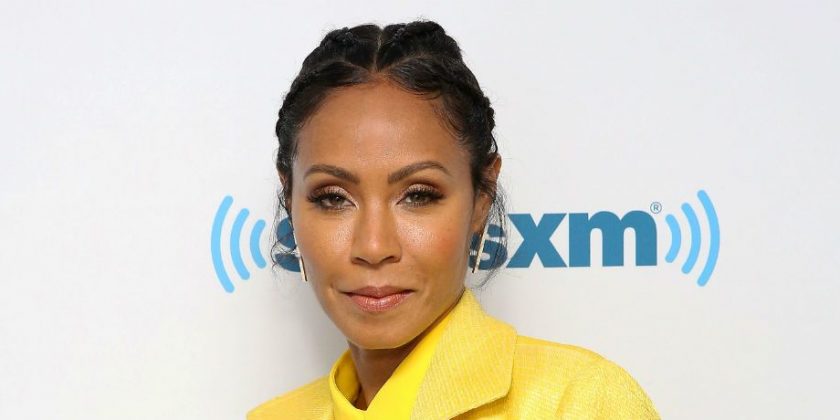 Once again, Jada Pinkett Smith is being an open book on anything and everything.

On her Facebook Watch show titled Red Table Talk, it’s common for the wife of Will Smith to open up about a number of topics, including some that are a little uncomfortable. Most recently, People shared that the mother-of-two opened up about fame and the ups and downs of it.

“What my lifestyle has been, it can make you feel like you’re alone, that it’s only you,” she shared with viewers. “This table has given me freedom, and it’s continuing to give me freedom.”

But even though fame does have some tough parts, Pinkett Smith reiterated the fact that she is grateful to star on her popular show along with her daughter, Willow Smith, and her mother, Adrienne Banfield-Jones. The clip from this week’s episode that was posted to the news outlet shows Jada, her daughter Willow, and her mother sitting around a red table outside, talking about a number of topics including how much the show means to them, especially Jada.

“Red Table Talk started as a passion project and I didn’t know what people were going to be ready for. I just knew that I was ready, we were ready to have a different kind of conversation.”

I just want to say thank you to all of you for being on the journey with me. The Red Table has taught me a great lesson and that is … I’m not alone. Join us Monday to bring in the New Year??❤️✨ @redtabletalk #RedTableTalk

“It’s been a blessing that there’s so many others ready for a different kind of conversation,” Jada continued. “That’s been beautiful. I feel like I’m a part of a larger community because I feel like I’m not by myself anymore.”

Additionally, Jada posted the clip to her Instagram earlier today and thanked her followers for following her on her journey. Thus far, the post has earned her a ton of attention in a very short time with over 61,000 likes in addition to 1,400 comments. Some fans chimed in to say that they’re big fans of Red Table Talk, while countless others commented on how beautiful the three ladies are.

And when she isn’t busy expressing her feelings on her new hit show, the 47-year-old has been busy helping others in need. Most recently, the Inquisitr shared that Jada posted a touching message that voiced her support for troubled Saturday Night Live star Pete Davidson after he made a post that suggested he was having suicidal thoughts. Once Pinkett Smith caught wind of Davidson’s post, she sent out a tweet to let the comedian know that he is not alone and she knows what it is like to battle depression and other issues.

“Pete Davidson… hang in there. There is a lot of help out here. Surrender to some love somewhere around you… today! Right now! And then… let in the help that will become available. I’m praying for you Pete. I’ve been there. It gets better,”

The next episode of Red Table Talk airs on December 31 on Facebook Watch.