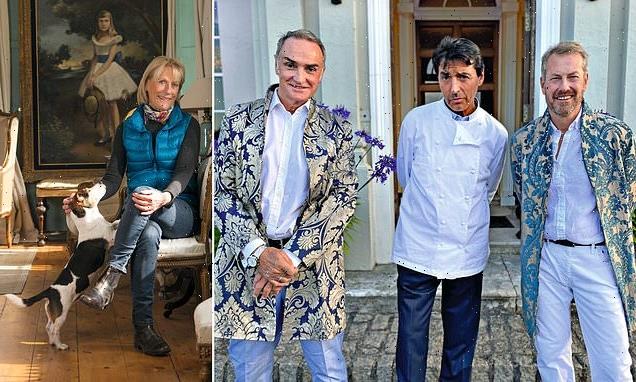 Forget the Kardashians! EXCLUSIVE first look at ITV’s new series Keeping Up With The Aristocrats shows four of Britain’s noble families as they try to make ends meet

It was the end of an era for the Kardashians after 14 years and 20 seasons of drama.

Yet four upper-crust families in Britain are set to take over screens next week, as ITV follows their daily lives as they try to earn enough money to survive in a new three-part series called Keeping Up With The Aristocrats.

An exclusive teaser clip shows today’s Aristocrats fretting about how to pay for the upkeep of the grand houses that have become magnificent albatrosses around their necks. 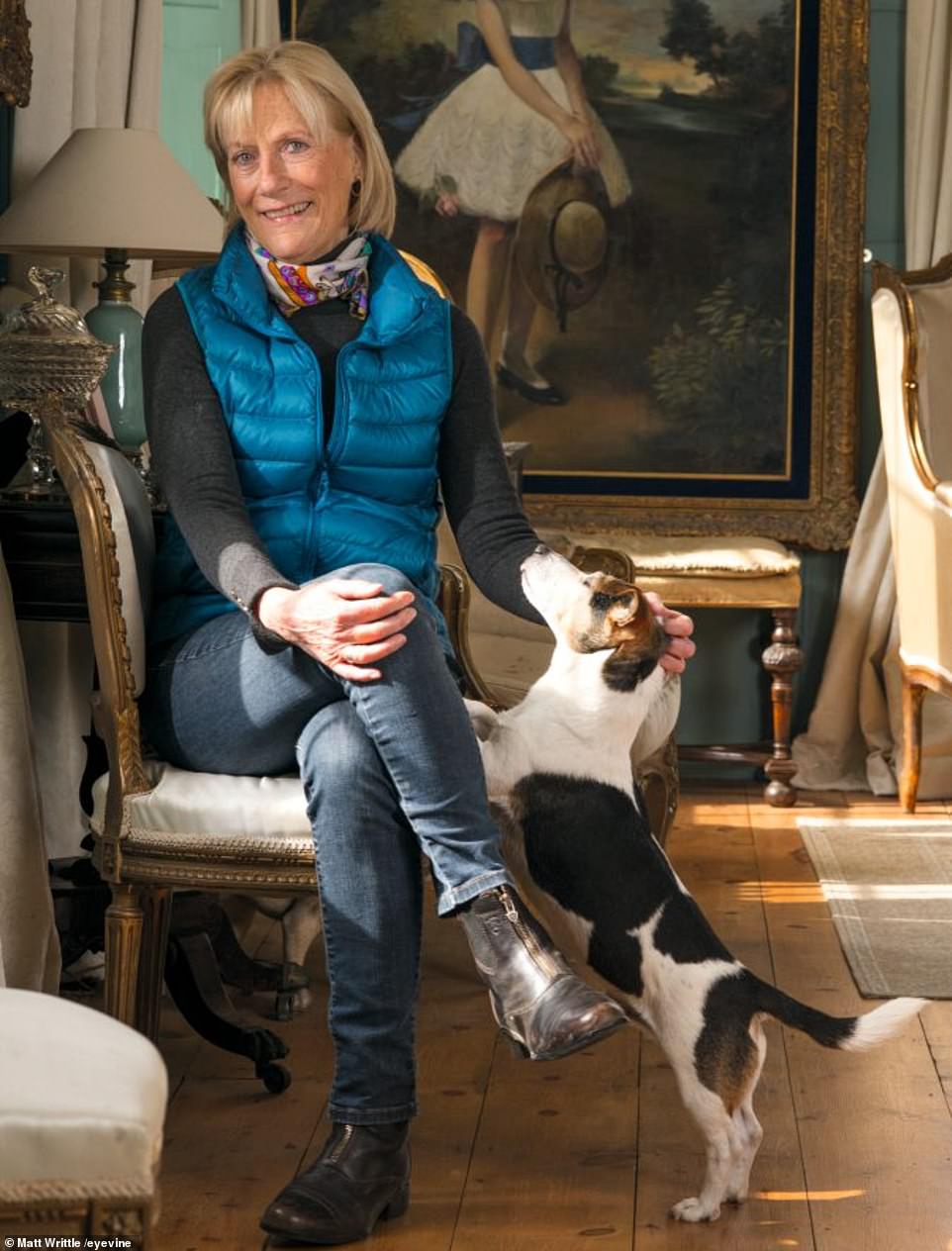 However, it also features the families having a good time with lavish parties, polo and plenty of booze.

Princess Olga Romanoff, 71, who has a 13th century home in Kent, is among its stars.

She’s a bona fide member of the Russian aristocracy, whose great-uncle Tsar Nicholas II was murdered by the Bolsheviks in 1918.

Olga ia also a cousin of the Queen, is related to Prince Philip and was once considered an eligible match for Prince Charles.

While Olga’s blood may be as blue as the Danube, she’s far more likely to be seen mucking out at her 13th-century home in Kent than quaffing Champagne. 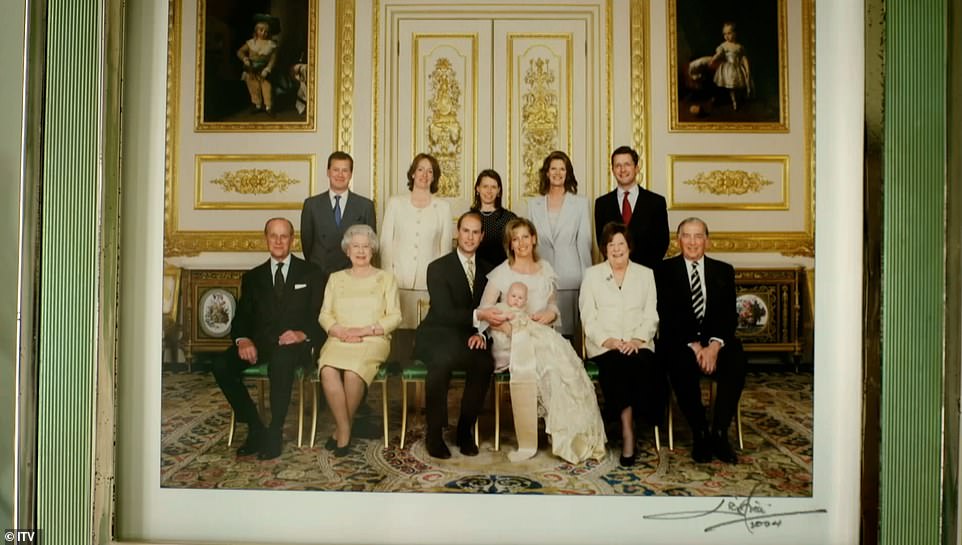 Family: She’s also a cousin of the Queen , is related to Prince Philip and was once considered an eligible match for Prince Charles

‘I’m not your ordinary princess,’ she says. ‘At home you’ll find me shovelling s***, sadly, not eating caviar.’

‘Only children expect a princess in a tiara and a frilly dress,’ she says.

‘Adults might sometimes raise an eyebrow because I smell of horses and don’t wear make-up, but they’re too polite to say so.’

Olga’s pile is medieval Provender House near Faversham, which she inherited 21 years ago upon the death of her mother (her father, Nicholas II’s nephew, had escaped to England).

By then the money had run out and it was a ramshackle wreck. ‘It’s still falling down, £2.5 million later,’ says Olga dryly. 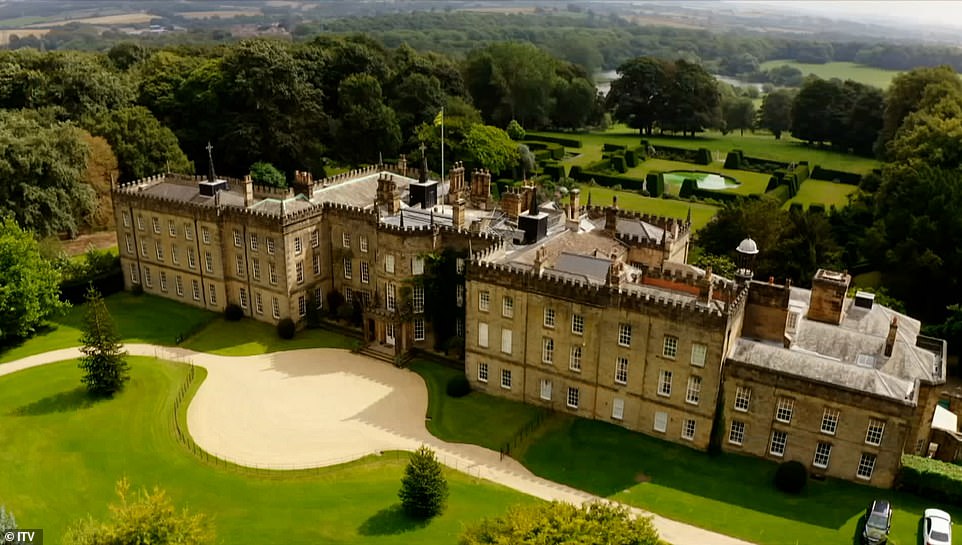 Grand: Others in the show include Alexandra Sitwell, 63, and her husband Rick. She inherited the 17th-century Grade I-listed Renishaw Hall (pictured) in Derbyshire 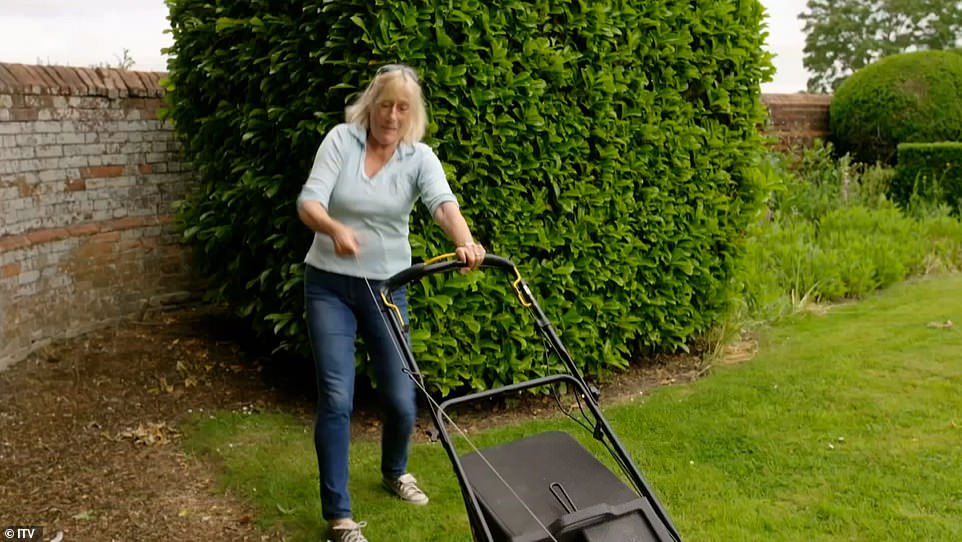 ‘I had to sell some of our Russian heirlooms to fund it.’

Today she generates income by renting out a wing of the house via Airbnb and by giving £14-a-head tours to busloads of tourists.

Yet Olga grew up in the grandest of circles because decades ago money was no object for her parents, until tax problems and her mother’s spending habits saw it whittled away.

At 17 she was touted as a potential match for Prince Charles in high-society magazine Harpers.

‘They were trying to line up suitable foreign princesses for Charles,’ she says. ‘Most of us were the wrong religion – I’m Russian Orthodox. 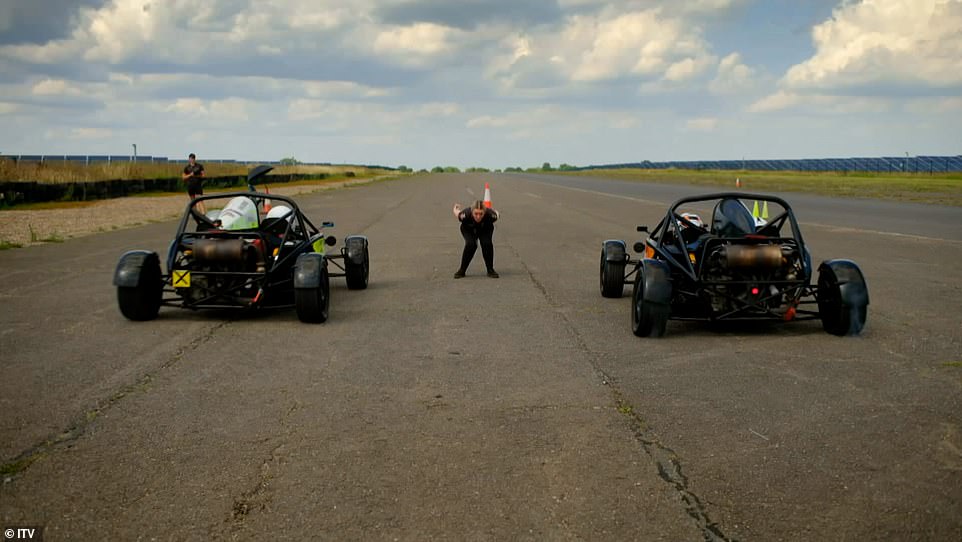 Life’s a race: It also features the families having a good time with lavish parties, polo and plenty of booze 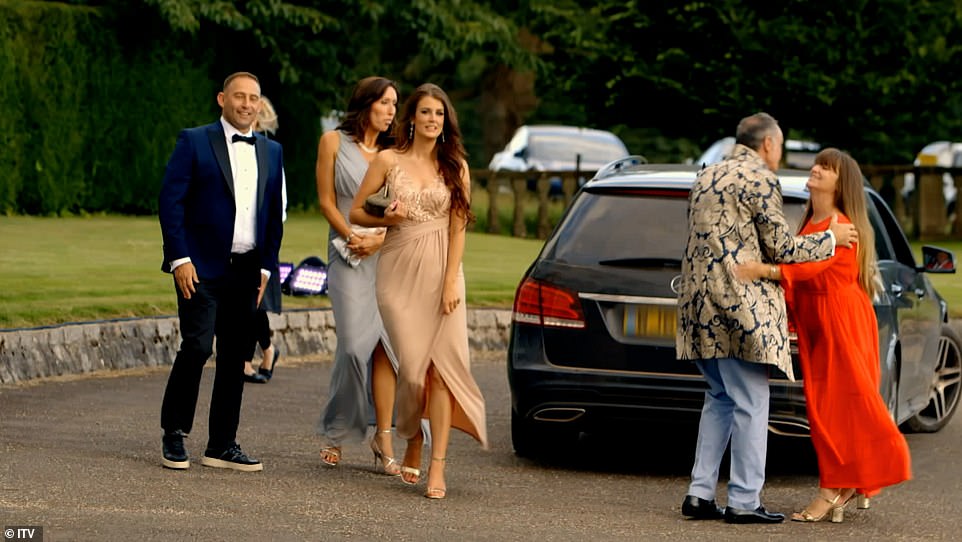 Party: To bring in money, Lord Gerald and his wife Lady Emma host weddings at Carlton Towers, which has 17 bedrooms for paying guests and six for the family

‘I remember reading the article with horror, because my mother didn’t tell me it was coming out. She was trying to sell me.’

In 1968, Princess Anne delivered a sharp kick to Olga’s leg at the Queen’s annual Ghillies’ Ball at Balmoral.

‘We both liked the same young man and we were dancing an eightsome reel with him in the middle.

‘At one point you’re holding the hand of the woman on the other side, which happened to be Princess Anne, and I was slightly slow on the turn, so the royal foot came out and gave me an eff-off bruise on my shin.’ On purpose? ‘Probably,’ smiles Olga.

Also appearing in the series is Lord Ivar Mountbatten, 58, a cousin of both the Queen and Prince Philip who cleans the 100-plus windows of his mansion, 18th-century Bridwell Park in Devon, himself. 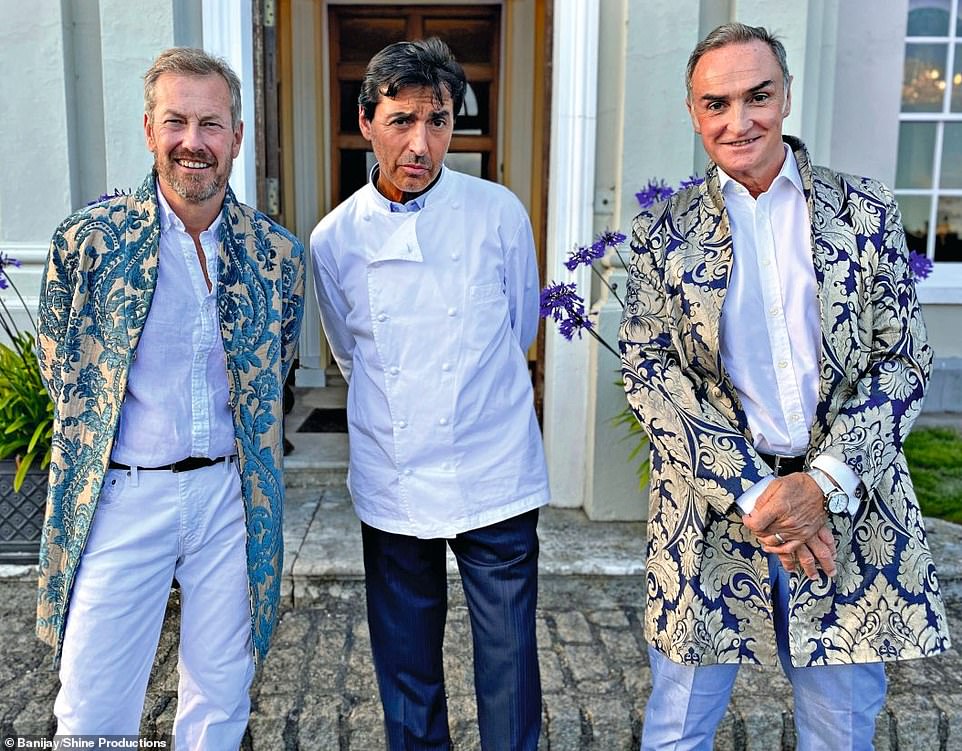 Lord Ivar Mountbatten (left), 58, who lives in 18th-century Bridwell Park in Devon, tries to earn a crust by organising a pop-up restaurant at the house

The divorced father-of-three made history four years ago when he became the first British royal to enter into a same-sex marriage, with airline steward James Coyle.

In the series, Lord Ivar and James try to earn a crust by organising a pop-up restaurant at the house in collaboration with French chef Jean-Christophe Novelli, charging guests £165 a head for an exclusive dinner.

Other toffs in the show include Alexandra Sitwell, 63, and her husband Rick. She inherited the 17th-century Grade I-listed Renishaw Hall in Derbyshire where her family has lived since 1625.

There’s also Lord Gerald Fitzalan-Howard, 59, whose father was the 17th Duke of Norfolk.

When Gerald’s elder brother Edward inherited Arundel Castle in Sussex, as well as 126-room Carlton Towers in North Yorkshire, he gave the latter to Gerald, who’s lived there since 1991. Who needs two stately mansions? 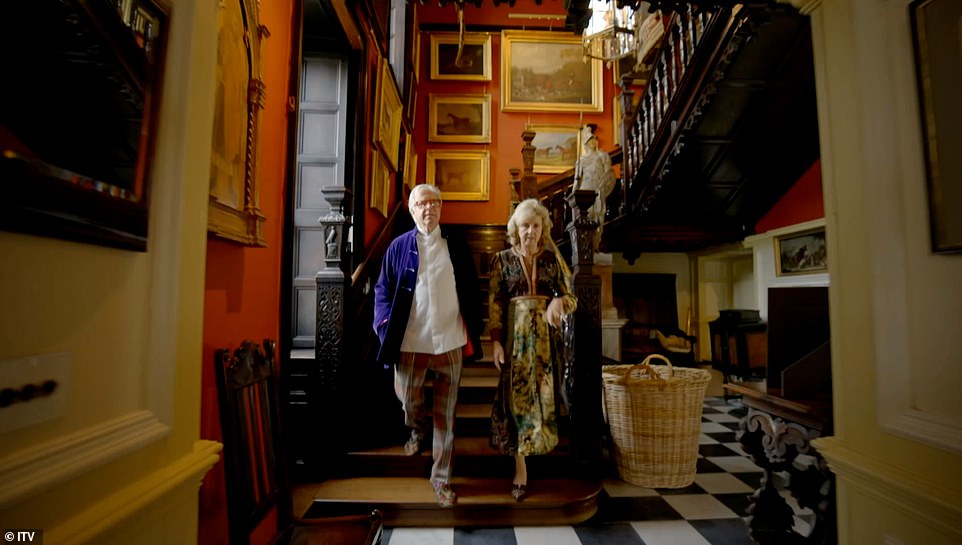 Expensive taste: The clip shows today’s aristos fretting about how to pay for the upkeep of the grand houses that have become magnificent albatrosses around their necks

Lord Gerald is also related to royalty – he’s a descendant of Anne Boleyn. The upside of having a stately home for Gerald is that he can practise playing his drum kit on the roof without annoying the neighbours (Carlton Towers sits in 1,000 acres).

But with a heating bill of £70,000 a year, he’s always dreaming up new ways of earning money.

‘I’m always full of ideas, some good and some completely rubbish,’ confesses Gerald, 59.

To bring in money, Lord Gerald and his wife Lady Emma host weddings at Carlton Towers, which has 17 bedrooms for paying guests and six for the family.

But Gerald is also teaching himself to smoke fish and meat in a shed he bought from Homebase (‘It’s such an eyesore!’ moans Emma), which he eventually hopes to serve to guests and he’s also planted a vineyard so the estate can produce its own sparkling wine.

‘The moment the vines start growing, we’re immersed in that,’ explains Emma, 60. ‘We’re pruning all day long. It’s back-breaking but it’s so rewarding.’

The wine and smoked meats businesses are still embryonic, but the Fitzalan-Howards hope they will bring much-needed extra income.

‘Having a stately home is a privilege,’ says Emma, ‘but it comes with a big emotional price tag.’

Olga Romanoff hopes the series will reveal the reality of life for today’s blue bloods.

‘Hopefully it’ll show people that we don’t sit on our backsides doing sweet FA,’ she says bluntly. ‘We actually get off them and try to make the place pay.’

Keeping Up With The Aristocrats, Monday 17 January, 9pm, ITV. 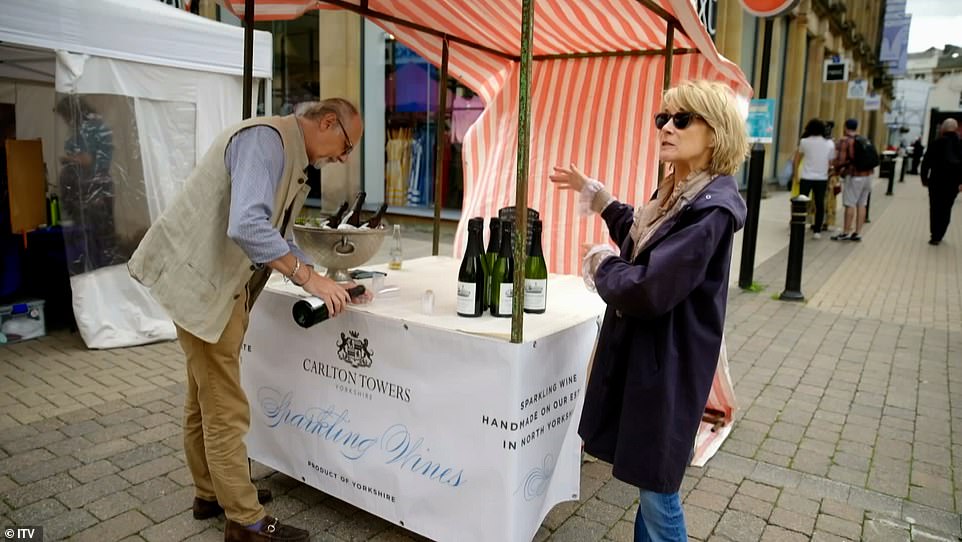