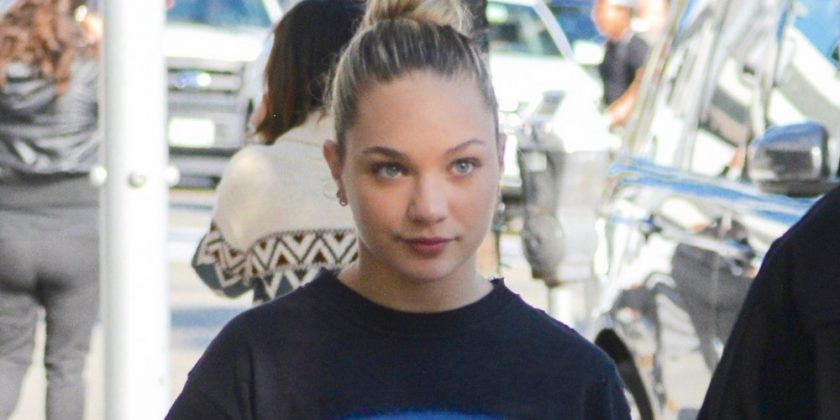 Maddie Ziegler heads out for a little shopping ahead of the holidays on Monday afternoon (December 17) in Beverly Hills, Calif.

The 16-year-old actress and dancer opened up about her rumored relationship with Kailand Morris during her appearance on CBS’s The Talk last week.

“We’re all friends…” Maddie shared, not confirming or denying, her relationship with Kailand.

She continued, “We’re all great friends. Dancing With The Stars, you make a family there and all of us together, his younger brother Mandla, all of us hang out every day together. It’s all fun.”

“People assume everything but we just have a great time together and we’re all so close.”

This year, Maddie appeared on both the main DWTS show during a trio dance with Alexis Ren and Alan Bersten, plus was a staple in the DWTS Juniors audience, supporting her sister, Mackenzie.