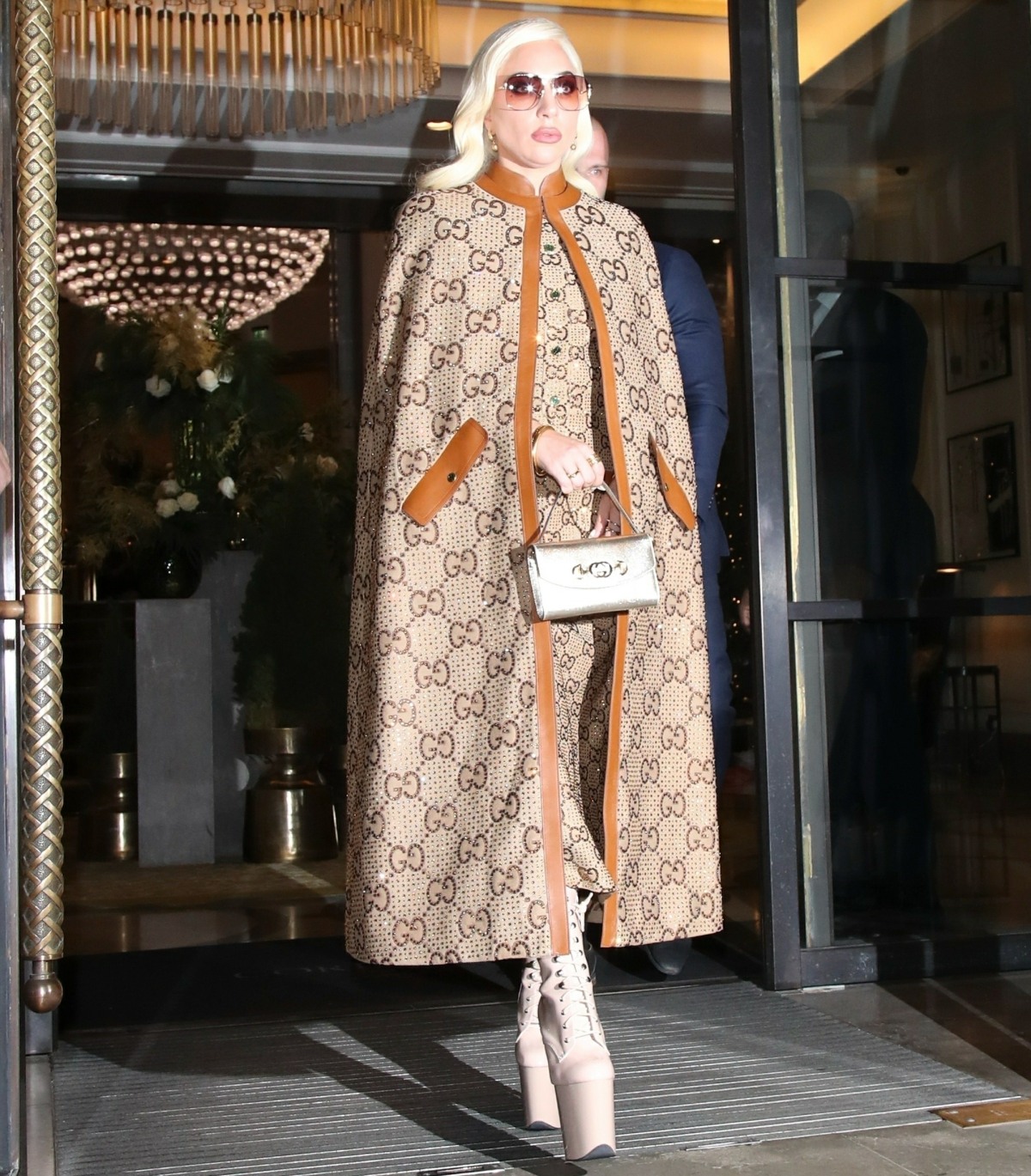 Lady Gaga was still in London yesterday following the successful premiere of House of Gucci on Tuesday night. Gaga looked great at the premiere and the photos were everywhere on Wednesday. On Wednesday night, Gaga attended a BAFTA screening of the film, and she once again wore Gucci. A cape and a matching Gucci-branded dress. I like this look a lot and it’s very on-brand in every way. The vibe of the ensemble is dated, 1980s. Like the movie. Those platform boots though, I’ll never understand why she wears them or how she can walk in them. They’re a broken ankle just waiting to happen. I get that she’s short and she wants to be taller but YIKES!

The reviews are coming in for House of Gucci and most critics are praising the film and Gaga in particular. She’s the center of the film, and her performance makes or breaks the film, and she apparently is the best part of it. I was surprised to hear that Gaga and Adam Driver have loads of chemistry together too, which… I would not have predicted. Variety did a piece suggesting that Gaga might be one of the strongest candidates for the Best Actress Oscar too:

If you thought “Borat” (2006) started a frenzy of pop culture and consumers quoting lines for years, wait until we navigate the next couple months with Lady Gaga’s take on famed murderess Patrizia Reggiani in Ridley Scott’s campy “House of Gucci” — which cement Mother Monster herself as one of the leading contenders for the best actress prize.

Gaga checks so many of the boxes of previous Oscar winners for best actress: She’s a beloved pop icon, taking a role that has her playing a sexy, batshit crazy fame and money-seeker. You can just imagine the old-timers saying to each other over cigars, “She’s just like my first wife…”

At 35, Gaga has already won an Oscar for original song for “Shallow” from Bradley Cooper’s “A Star Is Born” (2018), for which she was also nominated for best actress. She lost the acting prize to Olivia Colman (“The Favourite”), who is also contending once again this year for her turn in the dramatically rich “The Lost Daughter” from Maggie Gyllenhaal. Could the Academy bestow an acting statuette on someone who is making just her sophomore feature film appearance? Looking at past winners like Cher for “Moonstruck” (1987) and Barbra Streisand for “Funny Girl” (1968), the Academy has been known to fall head over heels for artists making the transition from one medium to another. What helps Gaga is that many of the leading women contenders are coming from films that will have a more challenging time getting into the best picture race. If she’s among a lineup with Jessica Chastain, Colman, Penélope Cruz and Kristen Stewart, voters could lean toward the fun and entertaining, which Gaga unquestionably is in the role.

While Olivia Colman is clearly popular with the Academy (they’re suckers for a British accent), I feel like Kristen Stewart might be a bigger contender than people realize, for the same reasons why they liked Colman: they love British accents, they love royalty and clearly, critics believe Kristen Stewart is giving the best performance of her career. And yet… so is Lady Gaga? So I bet it comes down to Gaga vs. K-Stew. What I love about that is both women are playing the game this year. Kristen is actively Oscar-campaigning. So is Gaga. It should be fun! 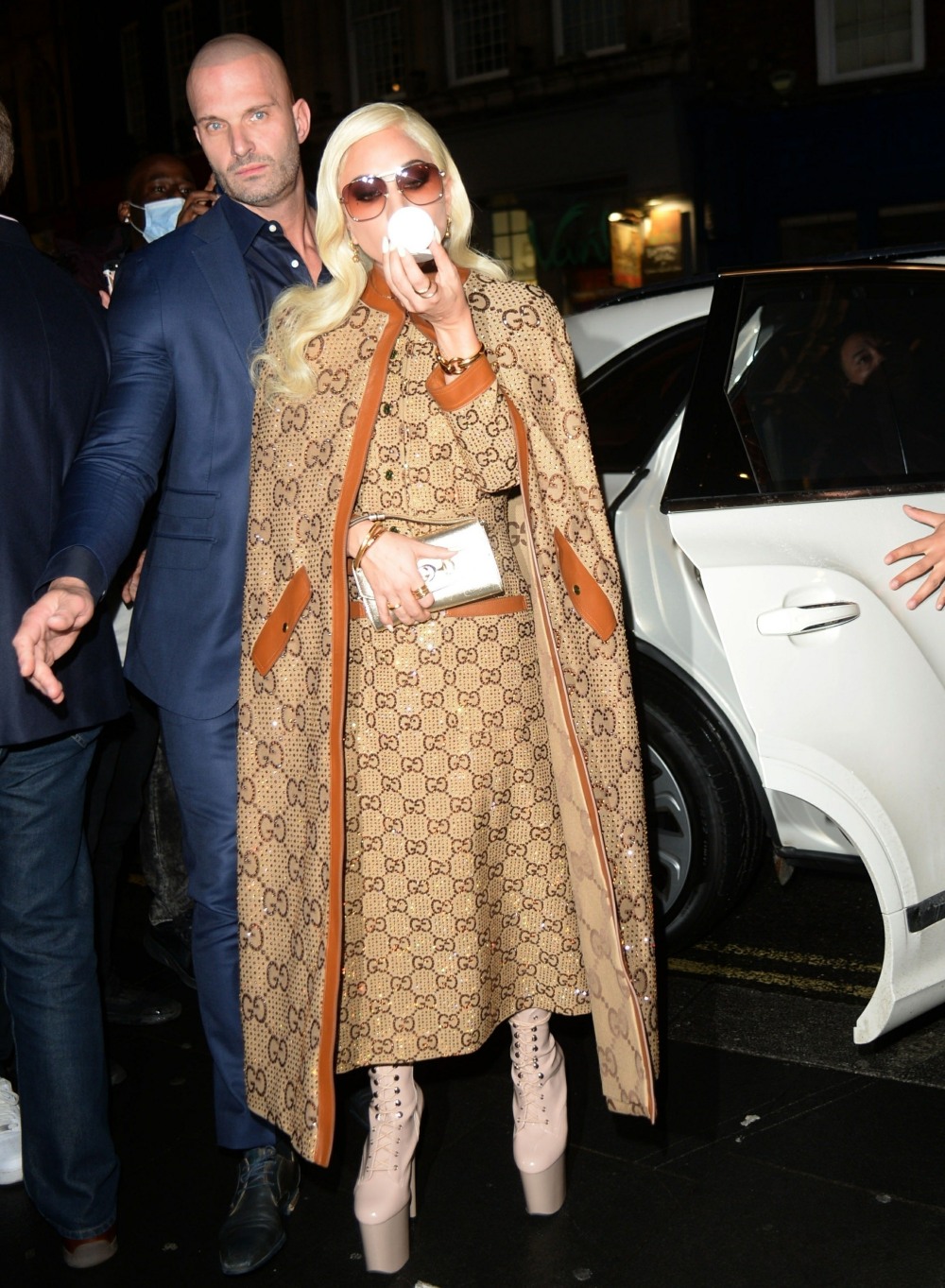