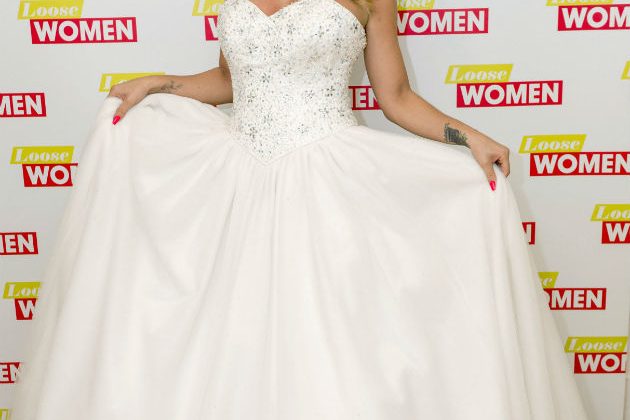 She’s been married three times, had six weddings, and was infamously a bridesmaid for her close friends Gary Cockerill and Phil Turner in 2009, and it’s been reported that Katie Price will  walk down the aisle  once again this New Year’s Eve.

According to an insider, the 40-year-old is set to walk down the aisle for the eighth time, as she becomes a bridesmaid for her best pal Melodie Pope.

‘Katie has apologised to Melodie in person, and on her TV show, for acting up on the hen do,’ the insider revealed.

‘They’ve made up and Katie said sorry about everything – ditching them to party with strangers, hooking up with Alex Adderson and bringing him along to the party, then not flying home with her to carry on the weekend with Alex.

This will make it Katie’s eighth time that she’s walked down the aisle.

She did it twice with her first husband Peter Andre – first in South Africa and then in a lavish ceremony in the UK – and was also a bride twice with second husband Alex Reid, after a shotgun ceremony in Las Vegas, followed by a church wedding back in the UK.

She was then a bride to her third hubby Kieran Hayler – who she is currently going through a divorce with – in a ceremony in Barbados and another set of nuptials back home.

And in 2009, the mother-of-five famously walked down the aisle for her friends Gary and Phil’s wedding, sporting an OTT bridesmaids gown that could have easily passed for a wedding dress.

We sure hope Pricey hasn’t got a similar outfit in mind for Melodie’s big day, because that would be awkward…