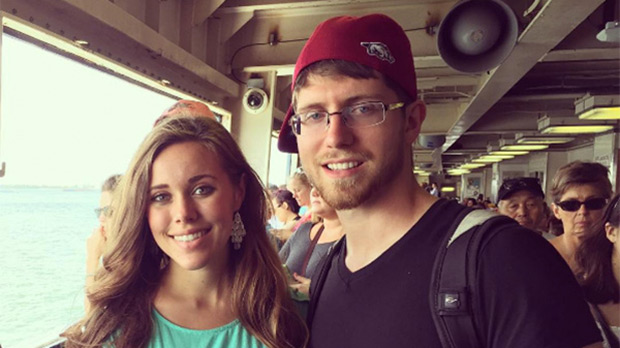 It’s been awhile since a Duggar sister has announced a pregnancy, and fans can’t help but wonder if Jessa will be next! Take a look at the family pic that started the speculation.

Does Jessa Duggar, 26, have some news to share? Counting On fans sure hope so! When the mother of two posted a family picture from the Duggar ugly sweater Christmas party on Dec. 9, her Instagram followers were quick to speculate about her stomach. She was hiding it underneath a red gingerbread sweater, but was it baggy on purpose? “OMG you’re pregnant,” one wrote, while another added that Jessa had “that pregnancy glow.” Many pointed out that it has been a long time since any of the reality star sisters have been expecting. “I wonder who made a pregnancy announcement at this party,” one fan wrote. “I bet there was at least one!”

Baby bump or not, the Duggar’s party looked like such a fun time! “We ate way too much Italian dinner, then dove into desserts that were part of a baking competition,” Jessa explained in her social media post. “Next was a white elephant gift exchange, and then board games and a movie to bring the evening to an end.” How fun does that sound? Not only did the mother of two share pictures of her little ones Spurgeon, 3, and Henry, 1, in festive overalls, but she showed off the rest of her family’s fun ensembles.

Josiah Duggar, 21, and Lauren Swanson, 19, both squeezed into a two-person Naughty/Nice sweater, while John David Duggar, 28, wore a Rudolph-inspired get-up with a red bulb necklace and Jill Duggar, 27, went with a beaded Christmas tree look.

Part 2 of the ugly sweater party! . We ate way too much Italian dinner, then dove into desserts that were part of a baking competition. Next was a white elephant gift exchange, and then board games and a movie to bring the evening to an end.

Anna Duggar, 30, opened up more about the party, posting a huge group picture. “Looks like a new tradition has been born at the Duggar home!” she wrote. “We had the first annual DUGarrLY (ugly) sweater party! Lots of laughter, enjoying the beauty of family, fun and maybe a little too much dessert! We closed out the evening with a time of prayer for the family and friends as they minister in Central America this Christmas season. Mackynzie and cousin Emily baked a delicious vanilla cake with 12 peanut butter “buckeye” reindeer, a gingerbread sleigh and funfetti cakeball ornaments! P.S. John David was the official ‘ugly sweater’ winner this year.”

What a fun tradition! We can’t wait to see what sweaters the reality stars come up with next year.