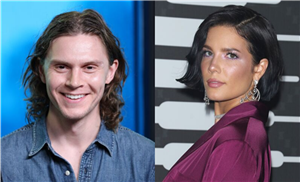 Halsey might have a new man in her life, and the Twitter-verse is losing it over her rumored new flame. A week after photos of them surfaced hanging out on Saturday, Sept. 21 at Six Flags in Los Angeles, you might be wondering: Is Halsey dating Evan Peters? Or, are they just friends? Here’s what we know so far. Elite Daily reached out to both Halsey and Peters’ reps for comment on the rumored romance, but did not hear back by the time of publication.

To be honest, I don’t think most of us even thought of Halsey and Evan Peters existing in the same universe until speculation started on Sept. 21 that not only were the unlikely pair hanging out, but that things might not be completely platonic between them. One day before the Emmy Awards, the duo turned heads when they were photographed riding the Goliath roller coaster at Six Flags Magic Mountain theme park and holding hands while they did so, per reports from The Daily Mail. While this could have totally been a purely friendly gesture, an inside source reportedly told the publication that there was definitely a flirty vibe between the two.

"They were laughing and flirting the whole time while we waited for the ride, it looked really romantic," the witness said. "It looked like they were having a fun date night before the Emmys."

"We were so surprised, because we didn’t even know that they knew each other," the source continued, adding that "they were smiling and laughing together and looking into each other’s eyes as they were waiting for the ride to start."

The source revealed that they bought the photo of the pair riding the Goliath roller coaster, which showed that they were holding hands during their ride. 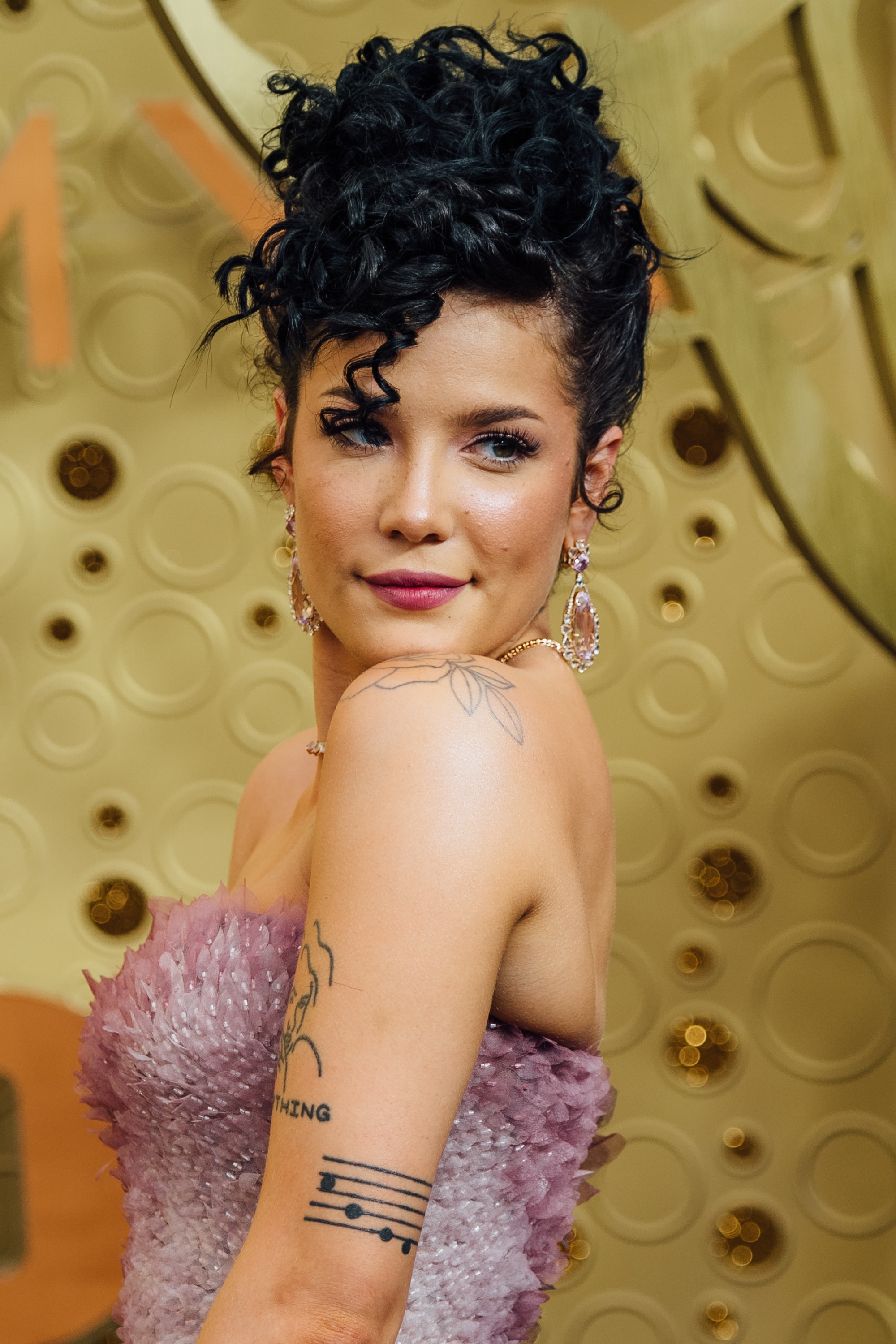 While many fans are saying that this is not the friendship, let alone romance, that anyone saw coming, the "Bad at Love" songstress has made no secret of the fact that she’s been crushing on the American Horror Story mainstay for the past seven years. Back in November 2012, she joked about the actor’s frequently dark characters, "Seriously Evan Peters stop making me attracted to alleged sociopaths and accused murderers…."

One year later, she propositioned a romantic relationship to the actor in a since-deleted tweet in November 2013. "Petition for Evan Peters to date me," she wrote. In November 2014, Halsey went one step further, writing, "I’m a f–king liar I’m so in love with Evan Peters I’m so whipped I’m whipped as f–k !" 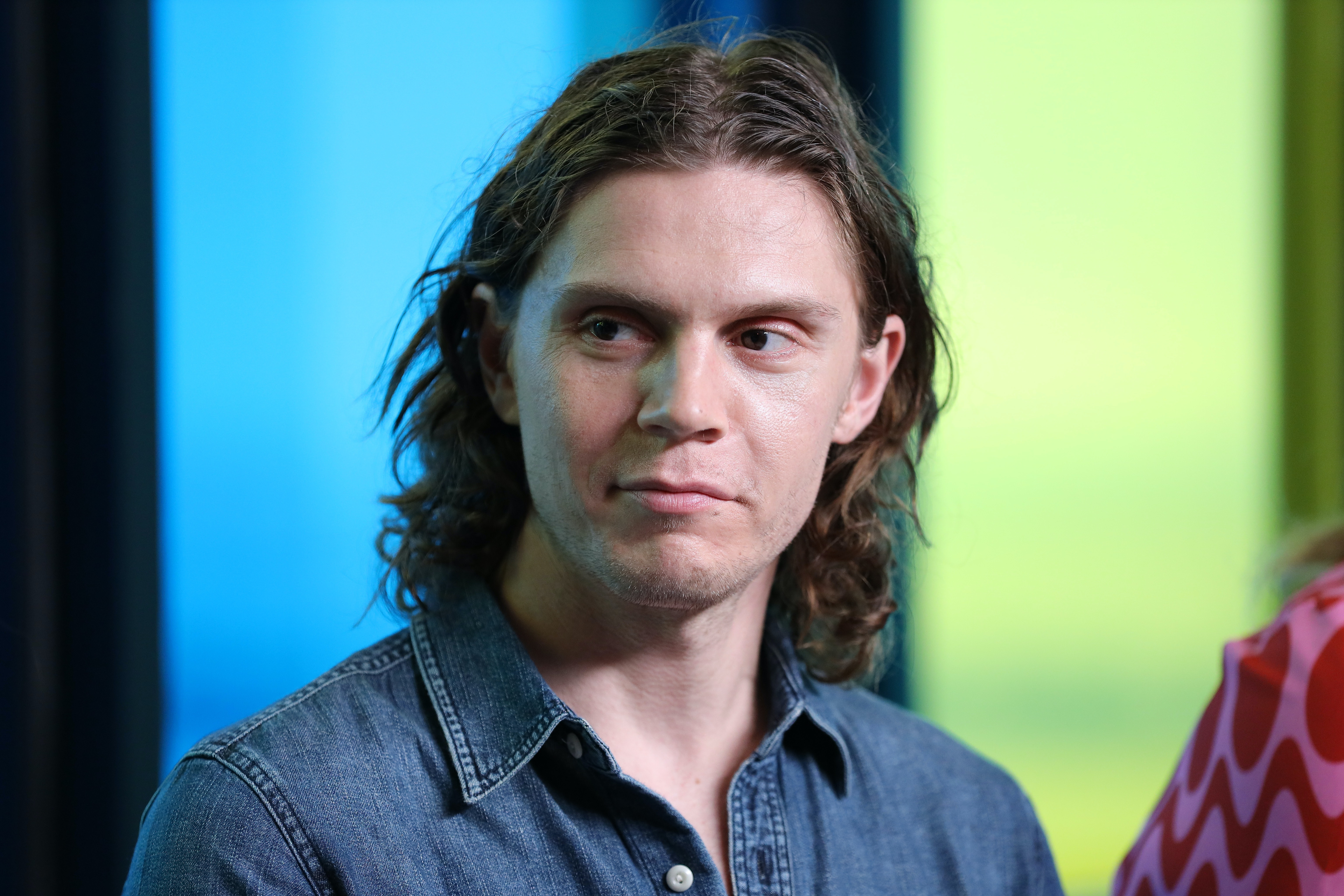 In short, we know where the "Without Me" songstress stands on Peters, but the Twitter-verse is still super confused about the pairing. Like, literally no one saw this coming.

The most confusing part of the saga is that not long after calling it quits with ex G-Eazy back in October 2018, Halsey was romantically linked with Yungblud and, for all everyone knows, they’re still together. At the time of publication, the pair still follow each other on social media and had not said anything about a split, but some fans speculated that the rapper was throwing shade at Halsey when he yelled during a Friday, Sept. 27 concert, "Somebody take me to Disneyland."

Personally, I think it’s a far stretch to link Disneyland and Six Flags, especially considering that Yungblud was performing in Orlando, aka the home of the Magic Kingdom. However, Halsey and Peters have yet to respond to the romance speculation, so I’m going with the motto never say never until we learn more.