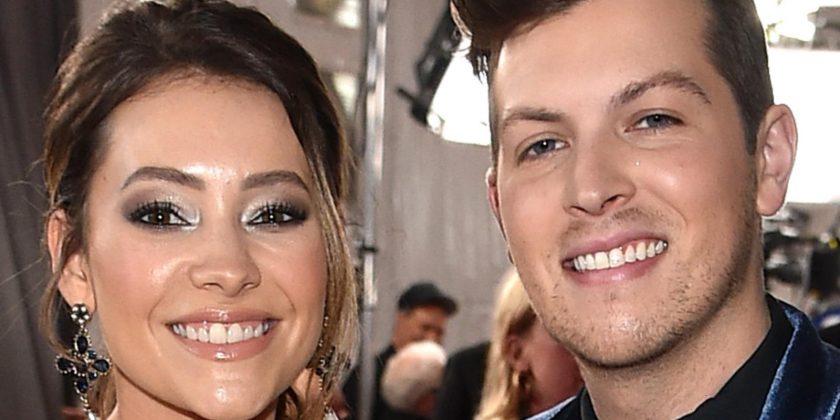 Now that Taylor Elizabeth Dye is hitched, fans are wondering what her life is like post-wedding.

Dye – who is part of the band Maddie & Tae with Madison Marlow – got married on February 21, 2020, via Billboard. Her husband is none other than Josh Kerr, a songwriter and music producer working for Black River Publishing in Nashville, TN. Kerr has co-written many songs for other artists, including “Never Coming Down” by Keith Urban, “Love Me Like You Mean It” by Kelsea Ballerini, and “Here and Now” by Kenny Chesney, via All Music.

Naturally, Dye and Kerr met through the music industry and were originally just friends. When the pair finally decided to take things to the next level, it took a while for them to officially call themselves a couple. “We went on our first date and I think four months later put a label on it,” Kerr said in an interview with Taste of Country. “You try to resist love and it’s like, ‘Gotcha!'” Ultimately, the pair went public with their relationship in 2018, sharing pictures together on their Instagram profiles.

It didn’t take long for Josh Kerr to pop the question. Taylor Dye announced the engagement on September 3, 2019, writing on Instagram, “Can’t wait to love you forever, Joshua Peter Kerr.”

According to their social media, the couple couldn’t be happier since their wedding. After a mysterious hiatus from Instagram for nearly a year, Dye shared a photo of herself and Josh Kerr in Turks and Caicos on February 14. She wrote in the caption, “Goodnesssss i’ve had the best time with you in paradise this week. Happy Valentine’s Day my love.”

Kerr posts about his marriage as well, sharing the quiet moments in his life that he seems to truly enjoy. On April 3, for instance, the songwriter shared a snapshot of himself and Dye on their back porch. In the caption, he wrote, First summer(ish) late afternoon spent on the back porch with my love @taylordye // I was obviously looking at how beautiful she is and not at the camera for this pic ” It seems as though these two musicians will be happily married for a long time to come.