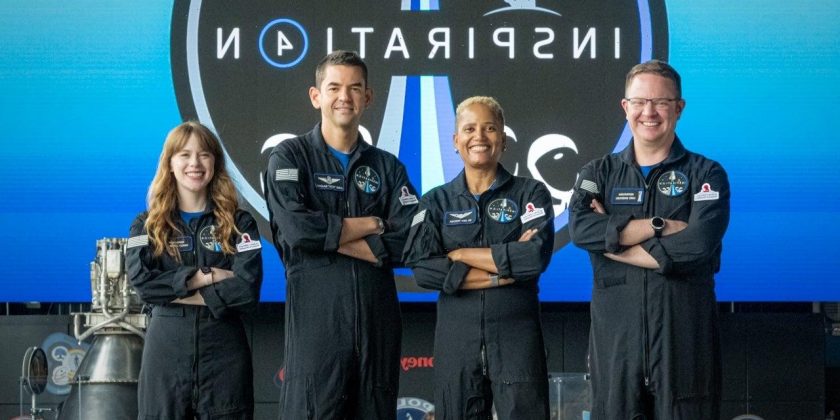 Civilian space travel will no longer be science fiction when Inspiration4 launches four civilians aboard a SpaceX capsule into orbit. Scheduled for Sept. 15, this event is being documented in real time by director Jason Hehir for the ambitious, five-part Netflix series Countdown: Inspiration4 Mission to Space. Ahead of its debut, ET has the exclusive first look at the awe-inspiring, full-length trailer and spoke to Hehir as well as two crewmen about the historic mission.

The newest trailer teases what’s at stake as founder and CEO of Shift4 Payments Jared Isaacman, who will serve as commander of the SpaceX Dragon mission, as well as bone cancer survivor and physician assistant Hayley Arceneaux, geology professor Dr. Sian Proctor, and data engineer and Air Force veteran Chris Sembroski prepare to mark new territory in space travel and exploration. Of course, their journey did not start on launch day, with cameras documenting the team’s every move from January on as they trained for a multi-day trip orbiting Earth.

Episodes 1 and 2, the director explains, will serve as an introduction to the mission, the larger inspiration of eventually going to Mars, the four astronauts and what they’re trying to accomplish. And after “we’ve gotten to know them a bit,” Hehir says, the series will address how their loved ones feel about all of this.

“There’s a moment on the launch pad that they’re visiting,” he continues, explaining that the crew and their families are in this tower that stands 265 feet in the air. “Chris and his wife are up there and it hits his wife like a ton of bricks that this is actually going to happen… That this is happening and her husband is actually going to get in a rocket and be shot up into space just like the astronauts that they’ve heard about their entire lives.”

Hehir, who took a break from the editing process to speak with ET, notes, “That moment of rawness and vulnerability is what the series is all about.”

Issacman, who is speaking from “soft quarantine,” teases that episodes 3 and 4 will be the “most interesting” as the cameras take audiences behind the scenes of the intense training “that really brings us together as a crew and shapes us into astronauts.” He adds, “There’s going to be a lot of really exciting moments.”

Building on that, audiences will see the crew “learning more about themselves, independent of space. They’re learning what their limits are, or lack thereof,” Hehir says, adding that there’s a moment where Arceneaux is climbing Mount Rainier in Washington State Park. “Hayley is a cancer survivor who’s got a prosthesis in her leg. And when she started training for this, she could only do 12 minutes on the treadmill. Now she’s being asked to hike up steep conditions in a blizzard for nine and a half hours.”

“There were definitely moments that were confidence building and challenging and exciting,” Proctor says, adding, “I’m glad that it’s being captured and documented and shared with everybody out there because it’s not as easy as you would think.” 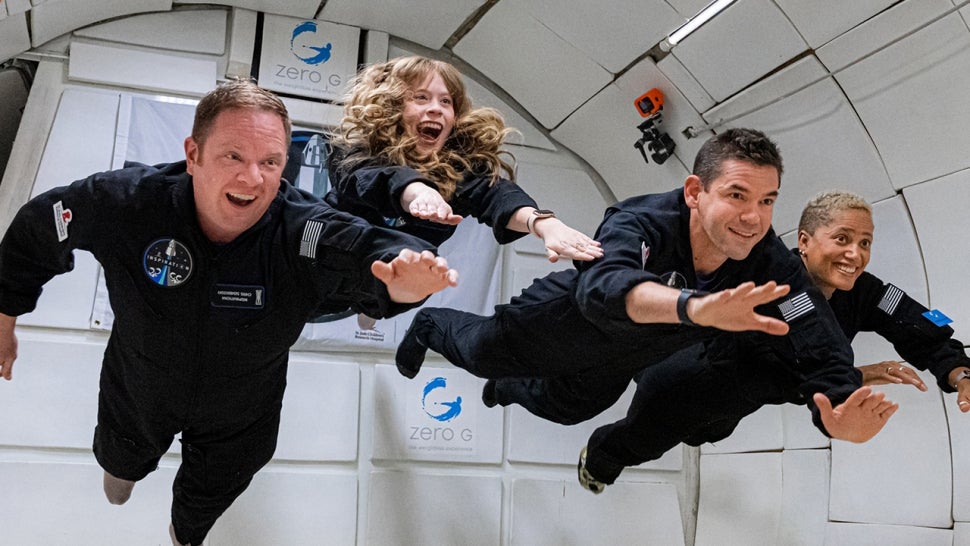 The last step in the process, which will take place over the next few weeks, is to chronicle the final days leading up to takeoff, their time in space and what happens when they touch back down to Earth. During that time, Hehir says almost every minute will be accounted for and documented on camera. “We’ll have edit rooms in Kennedy Space Center working around the clock.”

That final episode, he goes on to explain, is actually a feature-length documentary “about a week in the lives of these people” after they arrive at Kennedy Space Center, go into quarantine before launch, and then are up in space for 72 hours, which Issacman and Proctor say will be a very busy time for the crew, before splashing down. “We’ll take all of that back to our edit room and [then] we have to whip together a 70 to 90-minute documentary within seven or eight days,” he says.

While there’s so much the entire crew is excited for when it comes to the mission and what they’re going to accomplish, Proctor says, “I’m really thankful and honored that the world gets to go on this journey with us through this Netflix documentary and get to look at how far we have come, from the beginning all the way through liftoff and splashdown.”

“Hopefully that will lead to the world being inspired by what we’re doing here,” she adds.

Countdown: Inspiration4 Mission to Space premieres Sept. 5 with episodes 1-2 on Netflix, followed by episodes 3-4 on Sept. 13, and late September with a feature-length finale. The mission will launch live on Netflix’s YouTube page.