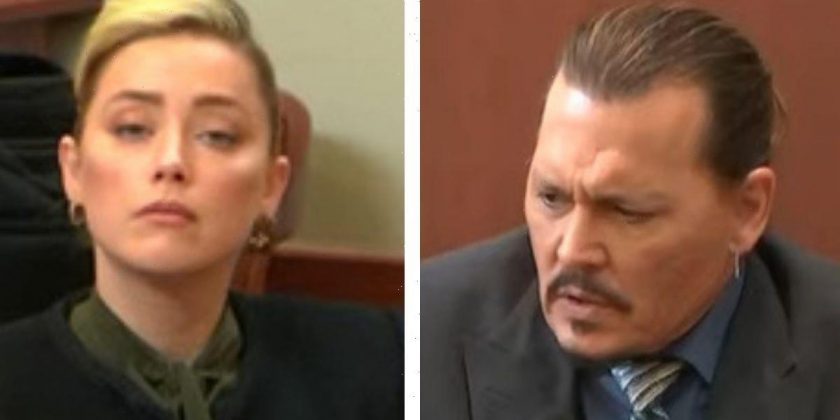 Johnny Depp took to the stand today to answer the question: “What has it been like for you to listen to Ms Heard’s testimony through this trial?” The Pirates of the Caribbean star, who has had the support of ex-girlfriend Kate Moss in court today, branded her accusations against him “humiliating”, “savage” and “unimaginably brutal” before insisting that none of the allegations are true.

“It’s insane to hear heinous accusations of sexual violence that she’s attributed to me [and] accused me of,” he told the court.

“I don’t think anyone enjoys having to split themselves open and tell the truth, but there are times when one just simply has to, because it’s gotten out of control.

“No human being is perfect… but I have never in my life committed sexual battery, physical abuse, all these outlandish, outrageous stories…”

Attempting to find words to describe the experience of hearing Amber testify against him, he stated: “Horrible, ridiculous, humiliating, ludicrous, savage, unimaginably brutal and cruel – and all false!”

He exclaimed that he had been “living with [the allegations] for six years and waiting to be able to tell the truth”.

Johnny adamantly continued: “No matter what happens, I did tell the truth.”

Amber’s face displayed strong emotions as she heard his reply to the court, with her lip visibly appearing to tremble on occasion.

The pair are currently drawing close to the end of a defamation trial after both claimed their careers had taken a downturn due to negative publicity surrounding their breakup and subsequent divorce in 2016.

Johnny is suing Amber for $50 million, citing loss of earnings after her Washington Post article spoke of being a victim of sexual violence, despite not naming him as the perpetrator.

Amber is countersuing for $100 million, claiming that her career has also been impacted, with sponsorships and movie opportunities allegedly being removed from her after she came head to head with Johnny.

Earlier in the trial, Amber recalled that she’d been told of a rumour that Johnny had pushed model Kate Moss down the stairs.

However, the British supermodel took to the stand today to insist that the incident had never happened.

In her three-minute video feed testimony from her home in Gloucestershire, the model clarified that she and Johnny had been in a relationship for four years during the 1990s.

She was adamant that none of the alleged violence had taken place.

“He never pushed me, kicked me or threw me down any stairs,” she said.

Johnny’s lawyer Benjamin Chew asked her about an experience at a holiday resort in Jamaica, and she recounted that Johnny had “helped” her when she had suffered a fall.

“We were leaving the room and there had been a rainstorm,” the 48-year-old told the court.

“As I left the room, I slid down the stairs and I hurt my back.

“I screamed because I didn’t know what had happened to me and I was in pain.

“He came running back to help me and carried me to my room and got me medical attention.”

The court is currently hearing closing arguments as the trial prepares for its conclusion.