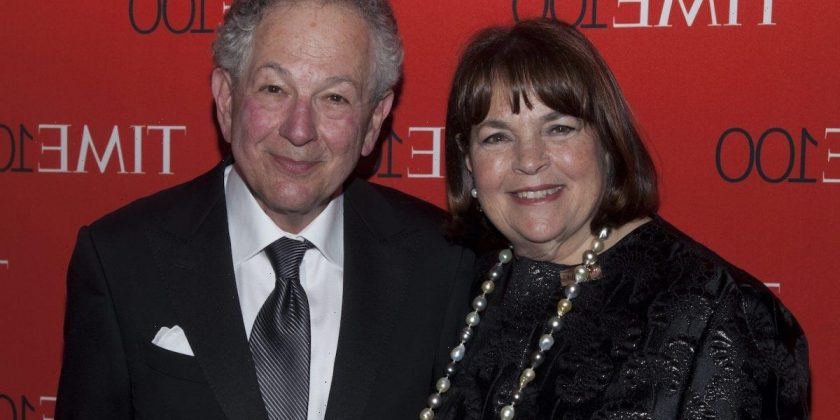 Ina Garten has many amazing dessert recipes but there’s one that’s so delicious, she claims “it makes grown men weep.” The Barefoot Contessa star’s mocha chocolate icebox cake is a crowd pleaser and is so simple to assemble, it’s a foolproof dessert that can be made ahead when you’re entertaining.

During an interview with Epicurious, Garten was asked about some of her go-to recipes from the book she was promoting at the time, Barefoot Contessa: How Easy Is That? She shared the details of developing the icebox cake, noting that “it makes grown men weep” because it’s so fantastic.

“The other thing I’ve made a lot is the Mocha Chocolate Icebox Cake,” she explained. “I asked a friend of mine who’s a fabulous caterer for his easiest recipe, and he said, ‘My customers go crazy if I make them those Nabisco chocolate wafers and whipped cream that are all layered together.’”

Garten continued, “I think it’s a classic 1950s kind of dessert, and all you do is layer them, and then you put it in the refrigerator and let it sit overnight. I made it, and I wasn’t quite sure what was really special about it, but I thought it was such a good concept that I was going to do it with something more interesting.”

The Barefoot Contessa star made some small but significant tweaks. “So, I took Tate’s Chocolate Chip Cookies — really good, crisp chocolate-chip cookies — and I added Kahlua and cocoa powder,” she explained. “So, I made it into mocha whipped cream and then layered those and put it in the refrigerator, and, oh, my God, it makes grown men weep.”

“And the whole thing takes five minutes to make,” Garten added. “And you make it the day before, so it’s easy when you’re entertaining.”

Garten’s mocha chocolate icebox cake has such a perfect combination of flavors, your guests will rave (or weep!). There’s a richness with the cream and mascarpone cheese, the chocolate flavor gets a kick from the coffee liqueur, espresso powder, and vanilla, and the store-bought cookies make assembling the cake a snap. (You can find the recipe on the Food Network website.)

Place the first seven ingredients in the bowl of an electric mixer, mixing at low speed initially before increasing the speed so the whipped mixture forms firm peaks.

Assemble the cake by layering the chocolate chip cookies in a springform pan, topping them with a fifth of the whipped cream mixture, and continuing the process to make five layers, ending with the cream layer. Smooth the top and cover it with plastic wrap. Refrigerate the cake overnight.

When you’re ready to serve it, run a sharp knife around the outside of the cake, remove the sides of the pan, and place it on a plate. Sprinkle the cake with the shaved chocolate.