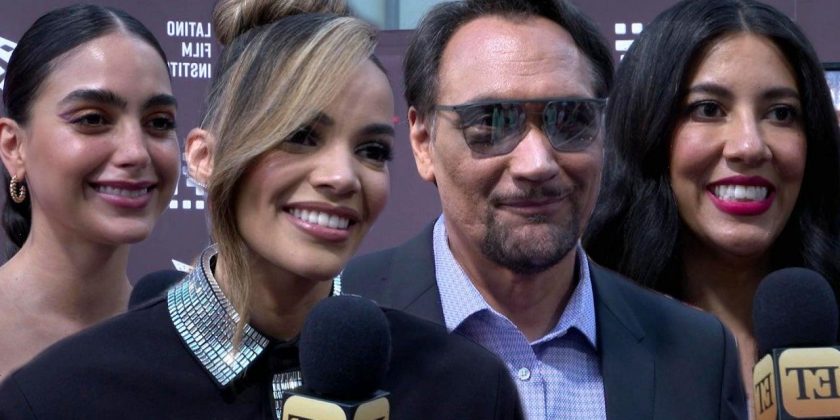 In the Heights is one of the highly anticipated films of the years, and the cast has a sueñito they share.

There’s much buzz around the Lin-Manuel Miranda and Quiara Alegría Hudes-created musical dropping on June 10, and its stars  — Leslie Grace, Melissa Barrera, Jimmy Smits, Stephanie Beatriz and director Jon M. Chu — are hoping for a sequel.

“We’ve already started the petition [for a sequel],” Grace told ET’s Deidre Behar at the LALIFF screening of In the Heights, with Barrera adding, “Yes! There is nothing that we would want more in the world.”

In the Heights follows Usnavi, played by Anthony Ramos, a Washington Heights native who has mixed feelings about closing his store and retiring to the Dominican Republic after inheriting his grandmother’s fortune. The story also centers on the Manhattan neighborhood’s people, heritage and their goals and aspirations.

The first production premiered in 2005 before it opened on Broadway in March 2008. It was nominated for 13 Tony Awards and won four, including Best Musical.

“Even if it takes Lin another 20 years to write the sequel, we will all come back… I think that there was nothing that we would love more,” Barrera chimed. “But we know writing a musical is not an easy thing to do, so it really all depends on Lin and Quiara there. If one day you wake up and they’re like, ‘I dreamed up the sequel,’ and Lin is inspired and writes the songs, I mean, we’re there.”

Grace couldn’t help but add, “We’ll be back as Abuela Nina and Abuela Vanessa.”

'In the Heights' Trailer No. 1

'In the Heights' Trailer No. 1

While chatting with ET at the Latino International Film Festival, Grace, Barrera and Chu shared their ideas about what a sequel would explore and where their characters would be in the future. Barrera, the former Vida star, portrays Usnavi’s love interest and works at a hair salon, yet has aspirations to become a fashion designer and move out of Washington Heights.

“I think it would be interesting to see actually, from the moment that Usnavi decides to stay, what happens. What happens in those years, because it can’t be easy,” Barrera reflected. “There’s always a little bit of back and forth, and a struggle. So I think it’s important to honor the struggle, and it’s important to celebrate the small victories. A sequel is a dream that I don’t know if it will happen because it took Lin a long time to get one done and it takes a long time to make a musical. But, I know all of us would in a heartbeat come back to these worlds.”

Grace, making her acting debut in the musical, embodies Nina’s journey as the “good girl” who is the first in her family to go to college and who the barrio knows as “the one who made it out.”

“I see her facing, just like everybody else, many, many, other obstacles and different new ones,” the Dominican American singer said. “But I see her persisting through a lot and finding her voice and speaking for young people like Sonny, who might not even see a foreseeable future for them in the present moment. But maybe she can just be propelled to create that pathway for them.”

“I feel like she’s going to soar from there on. I think, we have a little nugget from Lin that really Nina’s dream is to become the mayor,” she continued. “So I don’t know. So we’ll see. I’ll have to do a lot of research for that because I’m definitely not as smart as Nina, but I’d love to play her.” 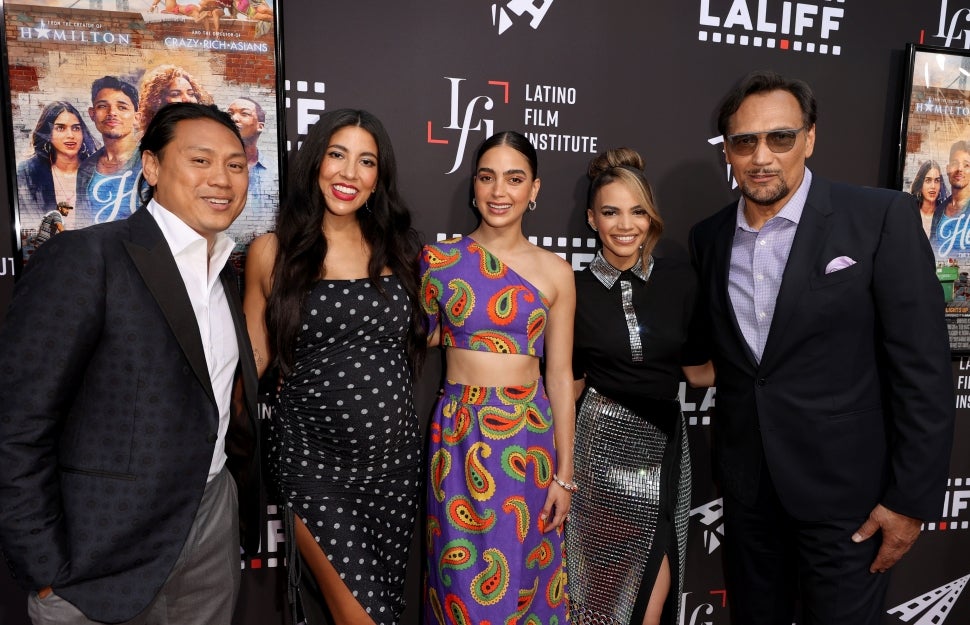 Director Chu, meanwhile, is also game for an In the Heights 2, but noted that it’s up to Miranda and Alegría Hudes. “If Lin and Quiara wrote the next chapter, you bet your a** I’d be there!”

“I think the next chapter is that next generation, seeing how Sonny helps guide them into the new chapter of their lives and how they’re telling their stories,” Chu said of what he would like the sequel to look like. “That would be fun!”

The musical, meanwhile, is nabbing positive reviews from fans and critics, plus early awards season buzz. But the cast insists that their top priority is representation onscreen.

“I realized a couple of years ago that I was in a position of power to change the stories that I was choosing to tell,” the Crazy Rich Asians director expressed. “And again, I’m just one little movie in one little moment, but I know that there’s a lot more coming and we just have to meet the moment. That’s our responsibility.”

Stephanie Beatriz on Motherhood, 'In the Heights' and 'Brooklyn Nine-Nine' Series Finale (Exclusive)

Stephanie Beatriz on Motherhood, 'In the Heights' and 'Brooklyn Nine-Nine' Series Finale (Exclusive)

Smits, who portrays Nina’s hardworking and loving father, Kevin, added, “If you talked to me 10 years ago, we would have been talking about another kind of movie that had a Latino theme that we wanted to break through. And I think the time is right and the universe is aligned for something of quality that the audiences will be able to be engaged with.”

As for Beatriz, who plays salon worker Carla, she is excited that her character is in a same-sex relationship with fellow salon worker Daniela (Daphne Rubin-Vega), in the film — a change from the Broadway show.

“In the original production, Carla and Daniela were simply work partners, but in this iteration, [screenplay writer] Quiara [Alegria Hudes] and [director] John [M. Chu] and [original playwright] Lin-[Manuel Miranda] all felt really strongly that they should be life partners are well,” Beatriz shared. “What’s really great for me as someone who is queer, as a member of the queer community, who is bisexual, is to see that rep in a film where it’s just layered into the community, sort of in the background. And they’re this really functional, fun, happy, funny couple that just happen to be gay.”

Grace added, “It’s just beautiful to be a part of something that feels bigger than you, and that feels so autobiographical, even though you’ve had nothing to do with the creation and the brilliance that it took to make it. I feel so blessed for my family that has been rooting me on for their stories to be cherished through something that I do.”

In the Heights arrives in theaters and HBO Max on June 10.