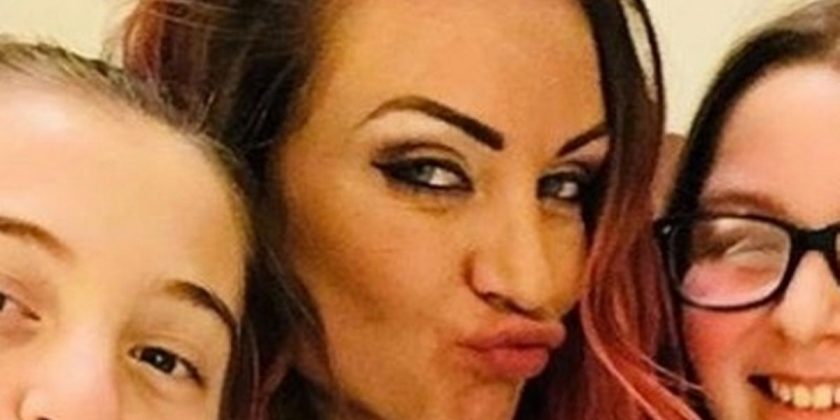 Rita Simons has finally been reunited with her teenage daughters after a long month spent in the I’m A Celebrity… Get Me Out Of Here! jungle.

And the former EastEnders actress shared a sweet snap of her family get-together when she finally returned home, showing off her two beautiful teenage daughters to her followers.

Posting the cute picture of her 12-year-old twins Jaimee Leah and Maiya Sammy Silveston, Rita wrote: "Haven’t seen my babies for over a month! And finally I get to do this!"

Both Jaimee and Maiya, her only children with husband Theo Silveston, bear more than a passing resemblance to their famous mum, with all three of them perfecting their signature trout pouts for the shot.

Rita has been separated from her family for far longer than her two and a half weeks in the jungle as she flew straight to Bournemouth to take up her role in the town’s pantomime.

She’s been cast as the wicked fairy in Sleeping Beauty at the Bournemouth Pavilion Theatre, and took to the stage for her first night on Friday without going through a dress rehearsal.

Now it seems Maiya could follow in her mum’s showbiz footsteps as she wants to bag a role in the West End following having a cochlear implant put in her ear to improve her hearing.

Rita has previously spoken about her devastation when little Maiya was diagnosed as deaf as a baby.

"When we were told that Maiya, at five months old, was deaf. It was shattering and I was in complete denial. Tests revealed she has enlarged vestibular aqueducts — a genetic deformity of the inner ear," she recently said.

"She’s profoundly deaf in her right ear and is partially deaf in her left ear, but a cochlear implant four years ago and hearing aids have changed her life. Before that, she used to have tantrums, because she was so frustrated at not being able to hear properly.

"Today, she has an incredible singing voice, impeccable speech, an ear for accents and her talent even won her a place at drama school. She has her own agent and has auditioned for West End shows."