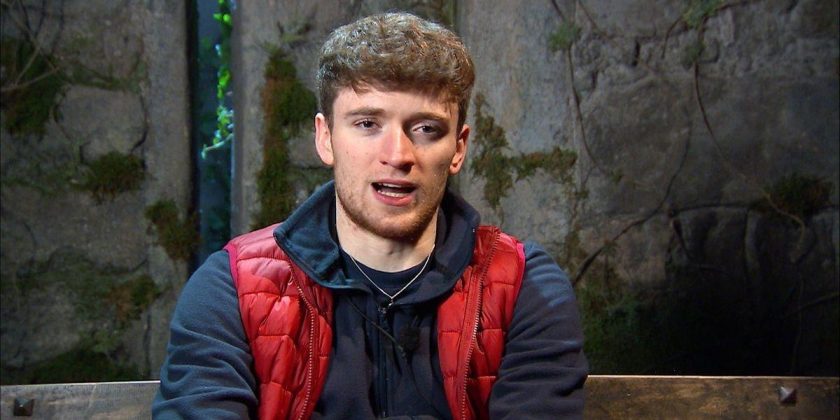 Matty Lee has opened up about his time on I’m A Celebrity… Get Me Out Of Here, saying he didn’t realise how “controlled” being on the show would be.

The Olympic diver, 23, shot to fame as Tom Daley’s diving partner, before appearing on the 2021 series of the ITV show.

He survived various public votes on the series before being voted out just before the semi-final alongside EastEnders’ Adam Woodyatt and coming in fifth place.

Opening up on his time in Gwrych Castle, Matty shared some of the things that shocked him about joining the show and says he and his fellow campmates were “treated like crap”.

"I’m an athlete, I’m not a TV person, so I didn’t know what to expect at all.

"One thing that shocked me was how controlled it is, more than I thought it would be. It is a TV show at the end of the day, if we’re all sat there doing nothing they would say over the tannoy, 'Well do something!'”, he told theDaily Star.

"No, they wouldn’t actually say it like that, but they’re in control. It’s like The Truman Show, they are fully in control really."

He added: "That came as a shock to me because I didn’t know how it was actually run and stuff. Obviously conversations and how I acted were very much me – I was never prompted to ask a certain question or have a certain conversation."

He further noted how the campmates were "treated like crap", with smokers having to ask for permission to have a cigarette while on set as well as claiming that he was kept separate from other campmates before trials.

He went on: "When you go to a [Bushtucker] Trial or challenge – it was really annoying – if I went with Frankie and Danny, we’d probably just want to chat while we were waiting, because they need to set up the studio and make sure Ant and Dec are ready.

"And we’d be held in separate Portakabins because they didn’t want relationships getting built or conversations happening off camera.

"It makes sense, I get it, but you just don’t think of that. Initially I was like, 'Yeah, I understand', but you're a human! And eventually it was like, 'Why am I getting treated like crap?' You do, you do get treated… you’re not allowed to do anything."

The diver further added how the worst parts about being on the show were the “hunger and boredom”.

OK! has contacted a representative from ITV for further comment.

Prior to appearing on the show,Matty spoke about how he received the callto confirm he would be joining I’m A Celeb after returning from the Tokyo Games, where he won a gold medal.

The 23 year old, whotook home the win for 10m synchronised diving with Tom Daley in July last year,explained that he was approached by ITV bosses moments after landing back in the UK from Japan.

“Nothing ever prepares you for what life will be like after you do well in the Olympics," he explained before going on: "I was and still am mainly in shock that I am doing I’m A Celebrity.

"My two childhood dreams were to win an Olympic medal and take part in my favourite TV series. And now I am doing both this year!"

For the latest updates on your favourite celebs, sign up to OK!'s daily celebrity newsletter.