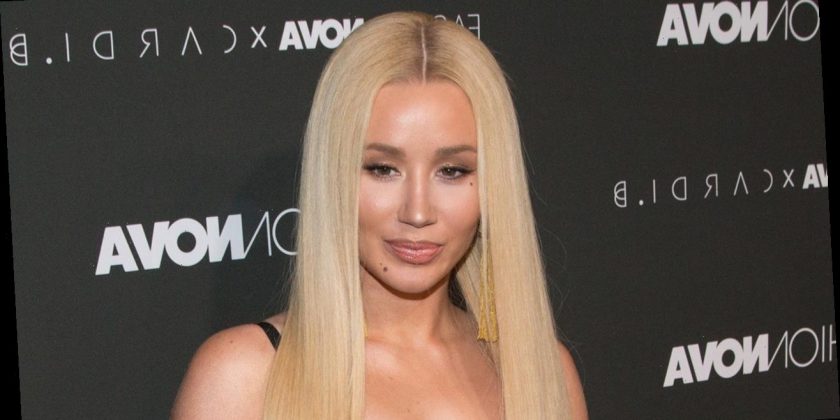 Iggy Azalea is giving fans a look at her baby boy. The artist took to Instagram on Saturday to post a slideshow of photos of her son, Onyx, taken throughout 2020.

Azalea — who first announced that she’d welcomed her baby on June 10 — included in the post a photo of herself holding her newborn son at her 30th birthday on June 7, as well as some Polaroids of herself spending time with Onyx and one pic showing off her baby bump in a one-piece swimsuit.

Azalea went on to explain that Onyx “looks like a toddler now days” and that “just yesterday you were a tiny ball in my arms. 😩💖.”

“I love you always, all the ways,” she concluded.

On June 10, Azalea revealed that she was a mom in a post on Instagram, writing, “I have a son. I kept waiting for the right time to say something but it feels like the more time passes the more I realize I’m always going to feel anxious to share news that giant with the world.”

“I want to keep his life private but wanted to make it clear he is not a secret & I love him beyond worlds,” she added at the time.

She revealed her son’s name in a social media post the following July, but did not comment on the identity of Onyx’s father at the time.

In December, Azalea publicly accused her ex, Playboi Carti, of skipping Christmas with her and Onyx in favor of throwing a party for his album. Azalea claimed that Carti cancelled their holiday plans at the last minute to throw an album release party for this new project Whole Lotta Red. She was further upset that Carti’s alleged mistress was in attendance.

“Too bad you got an album out but can’t even come to Christmas with your own son… Imagine not flying out your family on Christmas but you have the girl you cheated on my my entire pregnancy at your album party and magically me and my son can’t come for Christmas any more?” Azalea alleged, adding, “TRASH.”

Azalea later alleged that Carti was not present for Onyx’s birth, writing, “This man was in philly playing PS5 mid pandemic the day my son was born even tho it was a scheduled c section. I had onyx alone completely cause he was my only visitor approved with Covid. We lived together at that time.”

See more on Azalea in the video below.