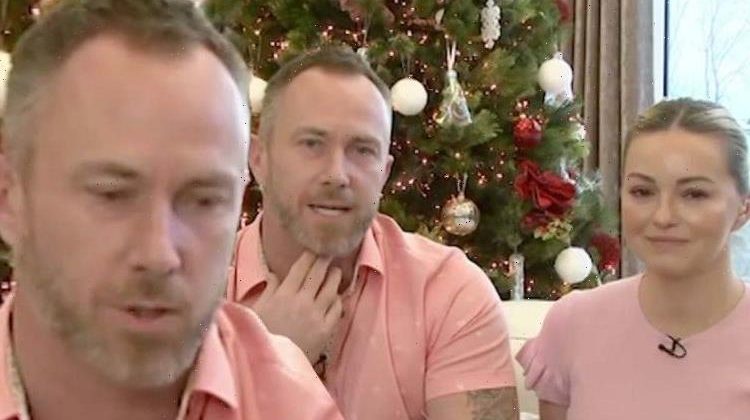 James Jordan, 43, has taken to Instagram to share a mysterious post about “being lied to”. The former Strictly Come Dancing star shared a reflection to his Instagram Story earlier today, in view of his 239,000 followers.

The image featured a plain black background and read: “I hate being lied to. Honesty is the best policy.”

James has not explained whether there was a specific situation he was referring to.

Express.co.uk has contacted the Dancing On Ice winner for comment.

The professional dancer has been watching this year’s edition of Strictly and commenting on the different performances in view of his 299,000 Twitter followers.

Last weekend, he took to the social media platform to weigh in on the final results of the contest.

James initially thought he was not going to make it home on time to watch the programme.

The dad-of-one, who is married to fellow Strictly star Ola Jordan, had previously told his followers that he wouldn’t be watching the grand finale.

He announced: “So tonight is the #strictly Final. Unfortunately tonight I won’t be watching live as we are taking Ella to see Father Christmas

“I know the show will still be a great one and I feel this year’s Strictly has been up there as one of the best.

“Good luck to both couples.”

However, he was able to tune in after taking his daughter Ella to the festive event.

He candidly said he believed there “was only ever going to be one winner” of Saturday’s final.

James wrote: “I did eventually get home in time to watch Strictly but wanted to watch and just enjoy, hope you don’t mind

“There was only ever going to be one winner and rightly so. Loved it.”

James later heaped praise on this year’s winners as he commended the “inspirational” programme.

He also congratulated the Strictly crew for producing the show despite the current situation with the pandemic.

James typed: “Rose and Giovanni are the most deserving winners of ANY series of #StrictlyComeDancing

“Even though everyone else was brilliant this year too….. what an inspirational show it’s been.

“Well done to the whole team on creating some brilliant TV in some tough times for so many.”