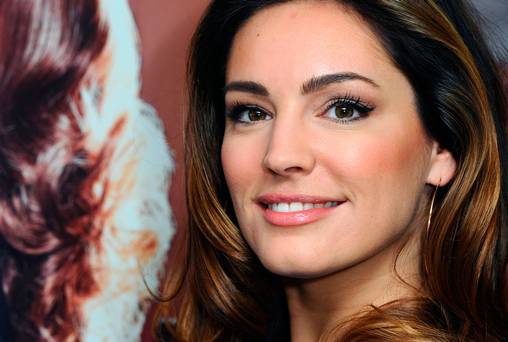 Kelly Brook said she was prompted to lose weight after her boyfriend called her a “little balloon” and her mother told her to “stop eating”. Such harsh criticism can be interpreted as slightly troubling, but the model and actress said these comments were the impetus behind her weight loss, dropping from a size 16 to a 12.

The Piranha 3D star is also putting her new shape to financial use and has become the new face of Slim Fast.

“You can kind of get away with carrying the extra weight when you’re on telly because you can put a baggy dress on but when I did my calendar shoot I really felt it,” she told The Mirror, saying she was “at her heaviest” while shooting her 2019 calendar in March of this year.

“And I don’t like feeling that way because I’ve always loved shooting my calendar but I just thought, ‘Oh maybe I should hang up my bra and not do it anymore. I cannot even believe I got that big. I think my lifestyle just slowed down. I’m getting older and I was definitely eating more than I should do and the pounds were just gradually creeping up on me. “It got to a point where I thought I don’t want to approach 40 twice the size I was when I was 20 so I wanted to find a happy medium.”

Brook has come under fire for admitting she edits her swimsuit shots on social media, blaming “bad angles” and “poor lighting” as her reason for tweaking the imagery. She is often maligned by trolls for her curves, but it was also her boyfriend of three years Jeremy Parisi, who was just as cruel when it came to comments about her weight. The couple are still together and she says her weight loss has improved their sex life.

“My boyfriend said I looked like a little balloon, it wasn’t just trolls it was him as well,” she told The Sun.

“‘I think when you lose weight you definitely do want to have more sex. It’s about body confidence, you’ve got more energy, you just feel so much better, it’s nice.”

Earlier this year, she said Parisi “drags her out running” and said she doesn’t “put pressure on myself” to look a certain way.