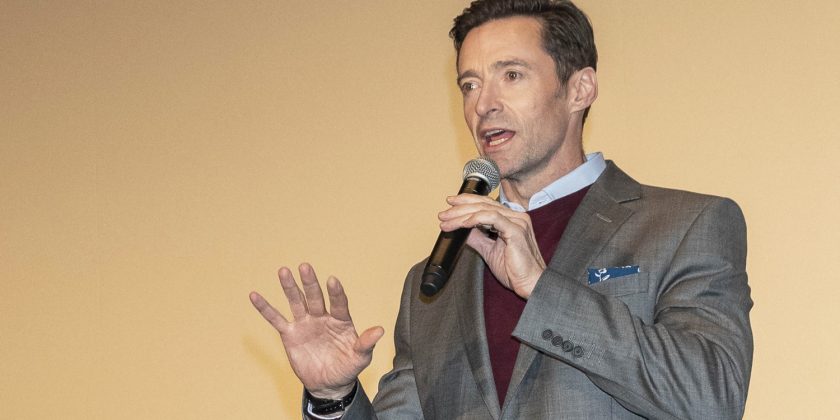 Hugh Jackman is dapper in a suit while hitting the stage to speak at a special screening of his film The Front Runner on Tuesday (January 22) in Tokyo, Japan.

The 50-year-old actor’s film hit theaters in November of 2018 in the United States, but will be hitting theaters in Japan on February 1.

While promoting the film, Hugh also opened up about leaving his iconic role of X-Men‘s Wolverine behind in Logan.

“I didn’t grow up reading a comic book ever. I didn’t come from that world. My love for Wolverine didn’t come from the comic books. The more I got to know him, I was like, ‘This is a brilliant character. This is like Greek tragedy. This is Shakespearean,” Hugh expressed during an episode of The Hollywood Reporter‘s Awards Chatter podcast. “This is getting down to the essence of the push and pull within each of us between the controlled and the chaos. And there is something there that should speak to people who have never read a comic book in their life. I just knew that it was time to move on. And by the way, this a great part — that’s someone not one but five other people should play and will play over the years. It’s like Bond. It’s a great part.”