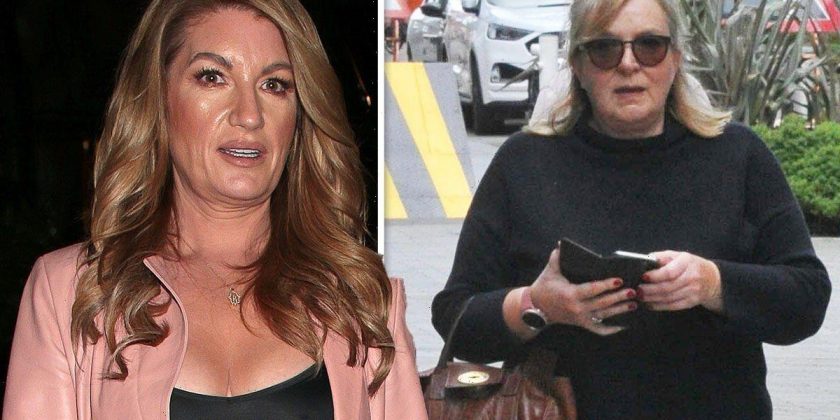 Fern Britton opens up on her first marriage ending

The Apprentice star Karren Brady, 53, didn’t hold back while criticising Fern Britton’s ex-husband Clive Jones, to whom she was married from 1988 to 2000, before tying the knot with her now-ex-husband and This Morning co-star, Phil Vickery, 61. Karren was left seething after Fern revealed the reason behind her split from Clive – that she secretly took and passed a Mensa test, which gave her membership to the High IQ Society.

An “immense rift” then occurred between the former couple when Clive didn’t pass the test with flying colours like Fern had done.

According to Fern, the rift went on to spell the beginning of the end for their 12-year marriage.

While discussing Fern’s comments about the demise of her marriage to the father of three of her four children, Karren wrote in her latest column: “So interesting to hear Fern Britton’s revelation that it was her success on the Mensa test that prompted her divorce from her ex-husband Clive Jones.”

The businesswoman fumed: “How sad is that?”

Elaborating on her opinion on the matter, Karren declared to The Sun: “If you are happy in a relationship, there is no need to out-do each other.”

It comes after Fern explained why she took the Mensa test without her husband’s knowledge.

Talking on the Walking The Dog with Emily Dean podcast, the author divulged: “He had this degree and I don’t [so] I secretly went off and did the Mensa.

“I lied, I said I was going somewhere else, and it took a day to do this test. I passed — and quite well too.”

She added: “Then [Clive] was furious so he did it because he’s got a huge brain, but he’s not a problem solver and he didn’t get it.”

Fern went on to admit her incredible results in the test made her regret that she hadn’t taken the opportunity to host more “serious” TV shows.

Fern and her second ex-husband, TV chef Phil, were married for nearly 20 years before shocking fans with news of their split in 2020.

The TV presenter, who declared in a statement that she would remain friends with her former other half, later told fans she had given up their family home in Buckinghamshire.

Phil was set to keep the property, while Fern packed her belongings and relocated to Cornwall.

Fern recently opened up on why her marriage to Phil ended, speaking candidly to the Daily Mail’s Weekend Magazine.

She said: “There comes a point when the children are substantially off your hands and you look at each other and wonder where you’re going to go from here.”

However, the star admitted she still misses Phil’s presence in her home.

“I miss the opportunity of talking through a problem with another adult, to get their take on it,” she confessed.

“So I talk to the cats, who usually have the answer.

“[Phil and I] were the best of friends, and I miss that friendship,” she mused.