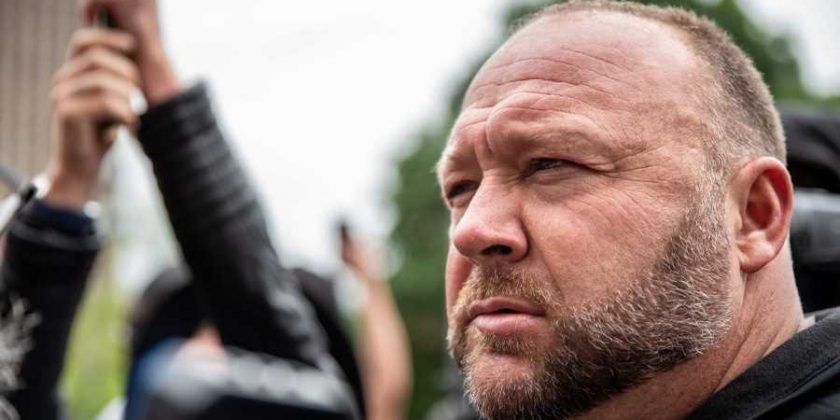 Just selection has begun in Austin, Texas, for the defamation lawsuits against InfoWars founder Alex Jones who falsely claimed on his talk show that the 2012 Sandy Hook Elementary School shooting had been a hoax.

Last September, a Texas judge ruled against Jones in defamation lawsuits brought by the parents of two six-year-old children killed in the 2012 shooting over Jones’ claims that the shooting was a hoax. Now, a jury will determine how much he owes. The lawsuits did not ask the jury to award a specific amount to plaintiffs. The trial, originally scheduled for April, was delayed while Jones, who has repeatedly railed against the “Deep State,” sought bankruptcy protection for InfoWars from the federal government. Meanwhile, lawyers for victims’ families have accused Jones of hiding millions of dollars in assets, and court records have shown Jones’ InfoWars store, which sells dietary supplements and survival gear, made $165 million in sales between 2015 and 2018.

He Lost His Son to a School Shooting. Here's Why He's Willing to Relive His Agony

In November, a state court in Connecticut also granted victories to the families of eight additional victims and an FBI agent who had brought lawsuits against Jones. That trial is scheduled for August. In both states, judges made a default ruling after Jones refused to respond to court orders and turn over documents to lawyers for the plaintiffs.

Just weeks after the December 2012 shooting, where a 20-year-old gunman killed 20 first-graders and six educators in Newtown, Connecticut, Jones was claiming on his YouTube channel that the devastation had been “manufactured” and the slaughtered children were “crisis actors” enlisted in a conspiracy to pass strict gun control measures. “They’re coming for your guns!” Jones warned his followers over and over. The videos would be viewed millions of times. Jones called out parents by name, and his followers harassed and threatened them, believing them to be complicit in what they believed was a hoax.

The family of Noah Pozner, whose parents were first to sue Jones in 2018 in Texas, live in hiding, having moved nearly 10 times since the shooting, according to reporting by the New York Times. “I would love to go see my son’s grave and I don’t get to do that,” Noah’s mother, Veronique De La Rosa, said in an interview after the lawsuit was filed, adding that every time she and her family moved, conspiracy theorists published their new address “with the speed of light.”

Jones has remained defiant. In a deposition in April, he called the Connecticut judge’s ruling “fraudulent” and claimed he has not profited off the Sandy Hook tragedy. He also refused to accept responsibility for the threats and harassment victims’ families have endured. “No, I don’t (accept) responsibility because I wasn’t trying to cause pain and suffering,” Jones said, according to the transcripts. “They are being used and their children who can’t be brought back (are) being used to destroy the First Amendment.”

Since posting his viral videos about Sandy Hook, Jones has acknowledged that the shooting did occur. In a trailer for an upcoming documentary about him – which Jones is currently advertising on his website – he says he got it “wrong,” and in the same breath compares his Sandy Hook claims to the New York Times publishing misinformation about the presence of weapons of mass destruction ahead of the U.S.’ 2003 invasion of Iraq. Jones was banned from YouTube, Facebook, and Twitter in 2018.