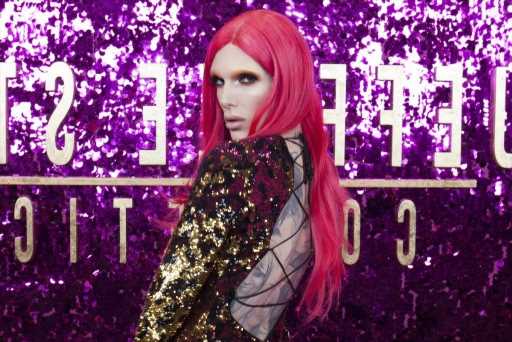 With a multimillion-dollar cosmetics company under his name, Jeffree Star has enjoyed a lavish lifestyle for years. The makeup mogul has a luxurious mansion in California and recently became a ranch owner in Wyoming, and he owns several cars worth more than many people’s homes.

Star was hospitalized in April 2021 after his Rolls-Royce lost control on an icy road in Wyoming. Star was with his friend Daniel Lucas in the accident.

“A few hours ago Jeffree and Daniel were in a severe car accident and the car flipped 3 times after hitting black ice,” a statement read on Star’s Twitter.

Later, Star himself shared his thoughts after the experience. “This morning was one of the scariest moments of our entire lives. I’m so grateful to be here still,” he said. “I’m in excruciating pain because part of my back is broken and I have vertebrae fractures on my spine.”

Star is expected to make a full recovery, and Lucas — who is a three-time colon cancer survivor — underwent surgery in Las Vegas after suffering internal injuries.

Jeffree Star’s custom Rolls-Royce was totaled in the accident

As for the car, Star went to the tow yard where it was being stored and shared photos of how much damage had been done. But he added that because of Rolls-Royce’s premium safety features, he and Lucas were spared from suffering an even worse fate.

“This was hard but I had to go see my car today,” Star said. “Thank God a Rolls-Royce is built with highly reinforced steel because it saved our lives. Time to heal and let my body repair.”

The car took a beating in the accident, with several windows shattered and the exterior crushed.

Star owns a fleet of Rolls-Royce cars, his most recent being a bespoke pink Cullinan model. It took 13 months to make and reportedly cost upwards of $500,000; some estimated it to be the most expensive custom-made Rolls-Royce Cullinan in the world. In addition to Rolls-Royce, Star also owns cars from Lamborghini, McLaren (including a custom Tiffany & Co. blue model), Aston Martin, and BMW.

According to AutoEvolution, Star wasn’t driving his custom pink Rolls-Royce Cullinan that he had shipped to Wyoming a few months ago, but another, more generic-looking black Cullinan.

The 2021 Rolls-Royce Cullinan starts at $340,350 according to Car and Driver. Of course, many Rolls-Royce owners — Star included — spend thousands of dollars on top of the starting price for custom touches throughout the car.