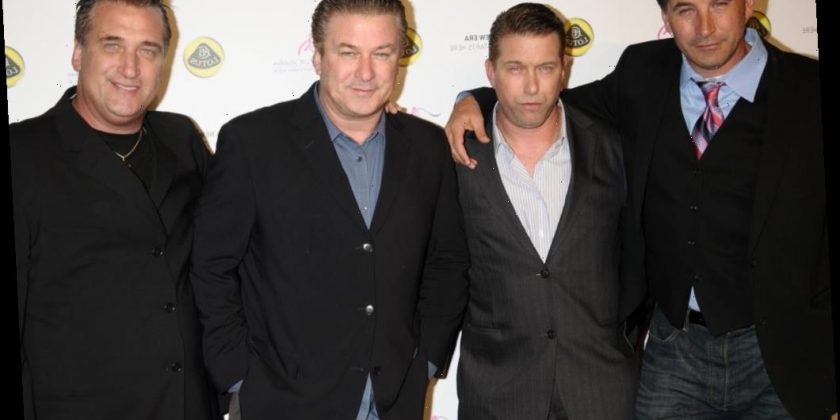 If there were Hollywood royalty, the Baldwin brothers would be princes and kings. All four Baldwins (in age order Alec, Daniel, Billy, and Stephen) are all involved with acting in some capacity, and all have had their financial ups and downs and their family dramas. Alec is famous for many things but mostly his many acting roles in movies and TV, his marriage to Kim Basinger, and his occasional bad behavior.

Daniel is mostly famous for his appearances on reality TV shows such as VH1’s Celebrity Fit Club, Celebrity Rehab with Dr. Drew; I’m a Celebrity… Get Me out of Here, Celebrity Wife Swap, and Celebrity Big Brother. Billy was the hot actor of the ’90s, but even so, he is almost as famous for roles he didn’t take as the ones he did. And Stephen may be best known for his daughter Hailey who is married to Justin Bieber. But what are the Baldwins’ net worth, and have any of them declared bankruptcy?

Alec is the richest Baldwin brother by far

Even though Alec is currently best known for hosting and playing Donald Trump on Saturday Night Live and his starring role on 30 Rock, he was a very in-demand actor in the early ’90s.

He starred in The Hunt for Red October, had a small but memorable role in Glengarry Glen Ross, and the cult classic The Shadow. Many remember Alec as having financial troubles, but Alec has always been relatively careful with his money. Many confuse him with his ex-wife Kim Basinger who made some interesting financial decisions. According to Celebrity Net Worth, Baldwin is worth about $65 million.

Billy Baldwin has had an impressive career by any measure

In the ’90s, Billy was almost as in demand as Alec with starring roles in Internal Affairs, Flatliners, Backdraft, Sliver and, Virus. Billy made Brad Pitt’s career by turning down the part of J.D.in Thelma and Louise and barely lost out on the role of Batman to Val Kilmer.

In 2005 Billy had a critically praised performance for his role in The Squid and the Whale alongside Laura Linney and Jeff Daniels. He continues to get steady work as a TV actor and most recently starred on the Netflix series Northern Rescue. According to Celebrity Net Worth, Billy is worth $6 million.

Stephen Baldwin is the only brother to declare bankruptcy

According to Reuters, Stephen defaulted on two mortgages for his home in New York, worth about $1.2 million, and he owed over $1 million in taxes. He and his wife had crippling credit card debt as well, leading him to declare bankruptcy.

Despite the bankruptcy, Stephen has attempted to recover some of his wealth. Although his daughter’s net worth is greater than his, according to Celebrity Net Worth, he is still worth $1 million due to some wise investments.

What about Daniel Baldwin?

Although Daniel has done a great deal of reality TV, he’s had some major movie and TV roles too.

He was in Born on the Fourth of July, Mulholland Falls, and had a recurring role for three seasons in the hit TV show Homicide: Life on the Street and continues to play character roles on both TV and film. According to Celebrity Net Worth, Daniel is worth about $400 Thousand.

We are fascinated by famous dynasties, and not many have had more ups and downs than the Baldwins. From Alec’s successes to Billy’s terrible role decisions, Stephen’s bankruptcy, and of course Daniel, the Baldwin’s are never dull.