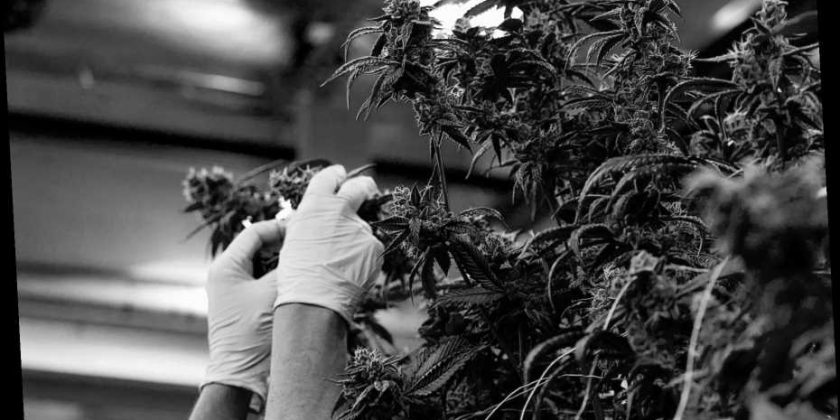 There was a time, in the not-so-distant past, when we ignored those newfangled ride-share apps and continued hailing taxis from the side of the road.

Hard to believe, I know.

But in the same way that Coca-Cola remains emblematic of the soft drink industry, the name Uber has become synonymous with the burgeoning ride-share market and has helped the brand achieve mainstream status. “Calling an Uber” now means grabbing a lift, whatever the service.

The cannabis industry is priming itself for a parallel track as it grows from a nascent channel into one that commands a sizable influence. Research estimates show there are roughly 250 million cannabis users globally, and trade publication Marijuana Business Daily reports that the industry was estimated to introduce between $55 billion and $65 billion into the United States economy in 2020, projected to reach between $106 billion and $130 billion by 2024.

'Generation' Tries to Capture the Chaos of Teen Angst

'Silence of the Lambs': The Complete Buffalo Bill Story

This last figure range is likely the result of when, in March 2020, many state health departments and governments classified dispensaries as essential businesses during the pandemic. It also reflects consumers’ shifting attitude toward cannabis as a medical and wellness product or recreational alternative to alcohol.

Still, no cannabis brand has achieved the milestone of national name recognition — the Uber of cannabis, so to speak.

I have been tracking these struggles, as well as many success stories, throughout my career. My current vantage point is rooted at Grasslands — the cannabis PR and marketing agency I started in 2016. Before that, I was a journalist for 20-plus years, including my most recent daily newspaper job as the first marijuana editor at The Denver Post from 2013-2016.

But I’m here to predict that it’s only a matter of time before cannabis brand X can be purchased at dispensary chain Y— and eventually more familiar grocery stores and gas stations — in the same way we can always grab a Coke at McDonald’s. And we’ll likely define this national brand in terms of cultural intuition.

As someone who has been embedded in the legal cannabis industry for nearly 10 years, I believe our first legitimate national cannabis brand could emerge sometime in 2024 — exactly 12 years after Colorado and Washington became the first two states to legalize recreational cannabis.

This would reinforce the normalization of cannabis and that we as Americans are starting to move past a misinformation campaign and 80-year-old stigma that demonized the plant. And because cannabis has been found to be potentially effective in the treatment of common issues such as anxiety, insomnia and inflammation, many American adults stand to benefit.

The first cannabis brand to achieve national status will, in essence, receive a golden ticket to an industry-dominating destination, positioning itself as the brand Americans know and trust.

Many of you understand the steps that must happen for these cannabis brands, currently speckled throughout the U.S. in inconsistent patterns, to achieve mass awareness. But this specific conversation needs to be viewed through the singular, THC-infused lens of how this industry currently operates in the U.S.

The Rolling Stone Culture Council is an invitation-only community for Influencers, Innovators and Creatives. Do I qualify?

Perhaps the most salient singularity is that cannabis remains federally illegal in the United States. As a result, many cannabis and dispensary licenses do not automatically translate across state lines, which has prohibited a lot of the organic growth seen in every other modern industry.

It also doesn’t help that cannabis brands lack access to two of the most important advertising channels and community builders in modern marketing: Google and Facebook.

I’ve recently noticed that a steady influx of creative professionals and vibrant energy into the cannabis space is emboldening and positioning brands for national recognition. Our agency has benefited significantly from bringing on thoughtful lifestyle PR professionals and consumer packaged goods marketers, and many cannabis brands have elevated their quality of work by bringing in team members from relevant spaces, including alcohol, confectionery and grocery.

Two recent, promising pieces of legislation further signal that legalization is not as far off as we previously thought. Both the Secure and Fair Enforcement (SAFE) Banking Act, which protects banks from draconian regulations for doing business with cannabis companies, and the Marijuana Opportunity, Reinvestment and Expungement (MORE) Act, which would remove cannabis from the list of controlled substances, have gathered steam in Washington, D.C. The Biden-Harris administration has also planned to decriminalize cannabis within the next four years.

While this would place the industry in a precarious spot just shy of full legalization, it represents a step at unifying the state-by-state approach to this plant, enabling advertisers and marketers to kick off a national conversation about cannabis using a shared language of product and dispensary brands like current contenders Kiva, Curaleaf and Columbia Care.

But come 2024, I expect a single brand will start setting the pace for the entire industry — and we may need to call an Uber to keep up.