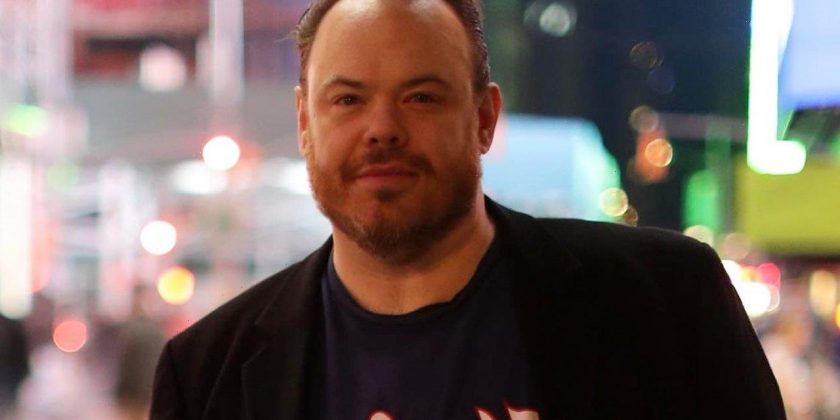 Cops are called to a Hyatt near downtown Oklahoma City after the Buzz McCallister depicter and his girlfriend are involved a heated verbal argument that reportedly leads to their breakup.

AceShowbiz -“Home Alone” star Devin Ratray has been involved in a domestic dispute with his girlfriend. The actor, best known for his portrayal of Buzz McCallister, the mean older brother of Macaulay Culkin‘s Kevin McCallister, and his girlfriend reportedly had to be separated by police after having a nasty split.

Cops were called to a Hyatt hotel near downtown Oklahoma City earlier this week after Devin and his now-ex had a very heated verbal argument, according to law enforcement sources per TMZ report. It was apparently so bad that someone called the cops to get things under control.

Cops said the fight was dissolved after Devin and his girlfriend agreed to go separate ways for the night, with her staying in a separate room. No one was arrested that night.

A rep for the actor confirmed things were so nasty during the spat that the two broke up, but it did not turn physical. The rep would not detail what the argument was about.

Devin, who reprised his role as Buzz McCallister in 1992’s sequel “Home Alone 2: Lost in New York”, was scheduled to host a one-night Airbnb stay at the iconic “Home Alone” house on Sunday, December 12. A chosen group of four would spend a night at the famous McCallister house in the Chicago area.

The guests were promised experience like the one Kevin had when he was left home alone in the holiday movie. Besides feasting on junk food, they would have a meet and greet with a real-life tarantula named Axl, inspired by Buzz’s pet in the films.

“It’s going to be decorated exactly the way it was 31 years ago and complete with treats and tricks,” Devin told PEOPLE of the stately Georgian Colonial. “There will be booby traps, but nothing dangerous. There will be, of course, delightful microwave mac & cheese and a tall glass of milk, just like Kevin tried to have for dinner until he was fatefully interrupted by the Wet Bandits.”

“Anything you can possibly imagine in the first movie will be provided, as long as it’s not paint cans in the face,” he added of what can be expected from the overnight stay. Hoping that it would be snowing just like in the movie, he noted, “We can’t quite control that, but this is actually living in a movie fantasy. I think that’s wonderful.”