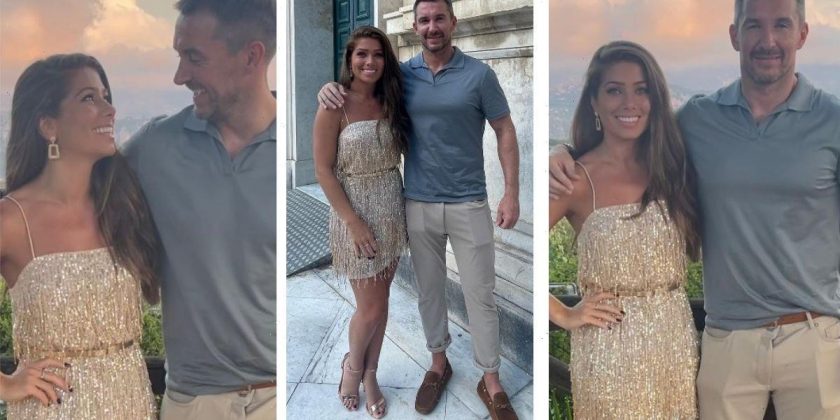 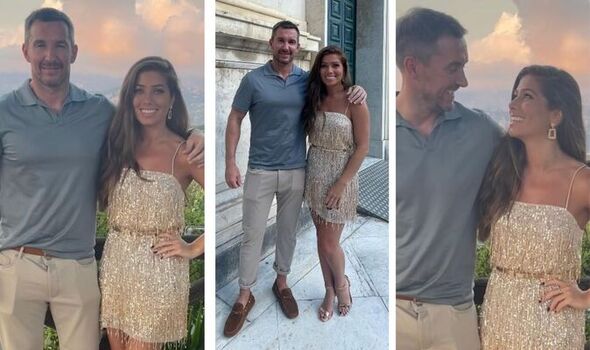 Nikki Sanderson, 38, showed off her model looks for the camera as she and her former Emmerdale star boyfriend attended a friend’s wedding in the idyllic sun-drenched Italian coastal town of Positano.

She and Anthony Quinlan, 37, who previously played Gilly Roach in Hollyoaks and Pete Barton in Emmerdale, posed together against the backdrop of a flame orange sunset.

Nikki wore a shimmering pale gold dress covered all over with glittery fringe details for maximum effect, and a pair of gold strappy sandals to match.

Meanwhile her beau opted for neutral tones, pairing the trousers and T-shirt combination with a pair of brown suede moccasins.

Soap star Nikki wrote on her Instagram post that the wedding she attended had been “incredible”, mentioning the church in Positano and the reception in nearby Sorrento as highlights of their sun-soaked stay. 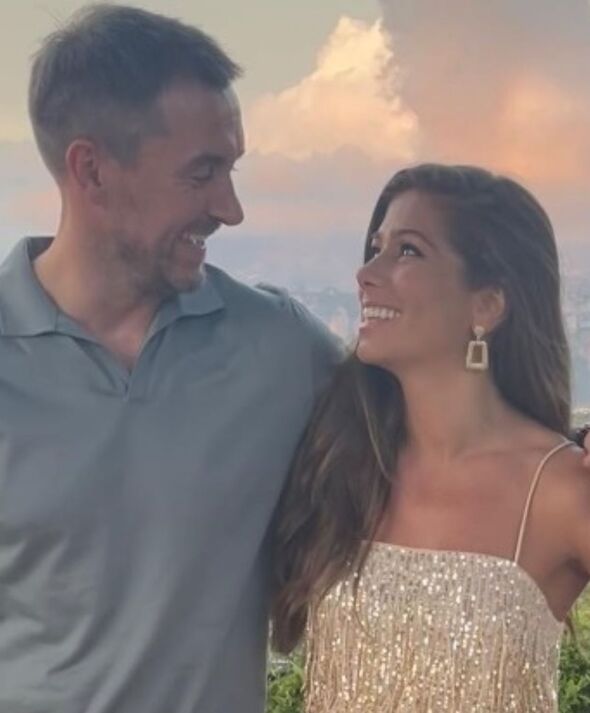 Nikki Sanderson looked like a princess from a fairytale as she gazed lovingly into Anthony Quinlan’s eyes on the romantic Amalfi Coast trip, leading fans to query whether she and her beau might be about to embark on their very own overseas wedding soon 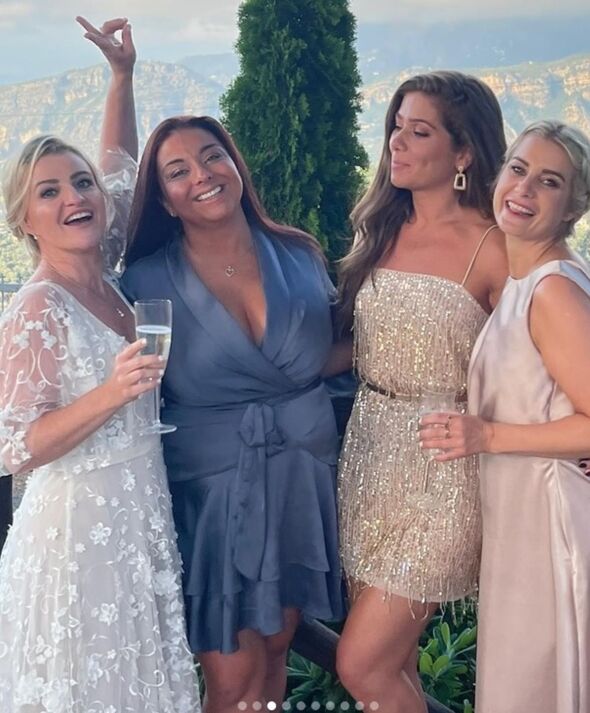 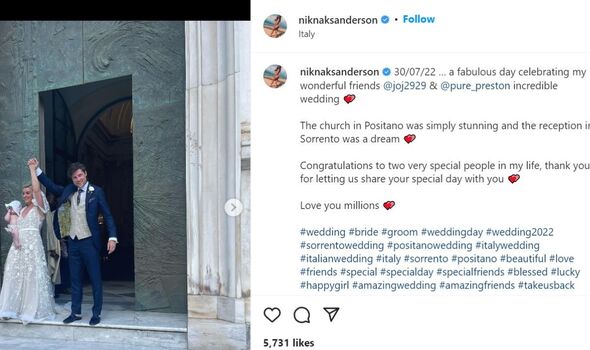 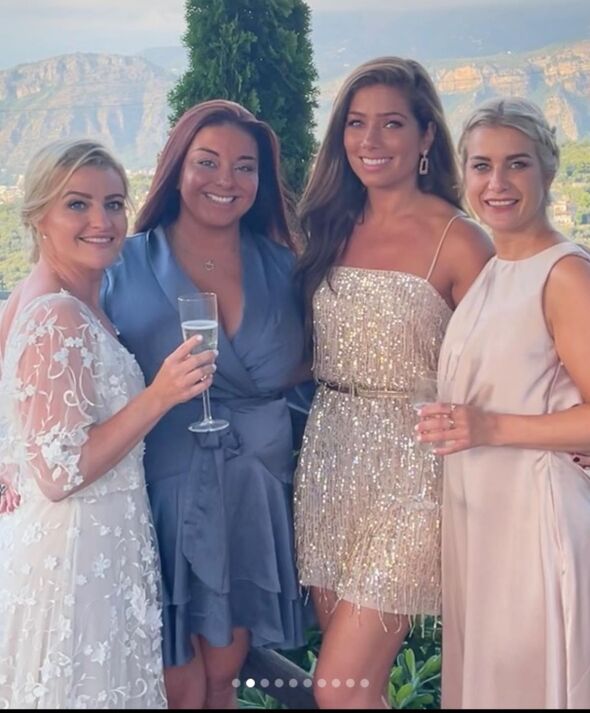 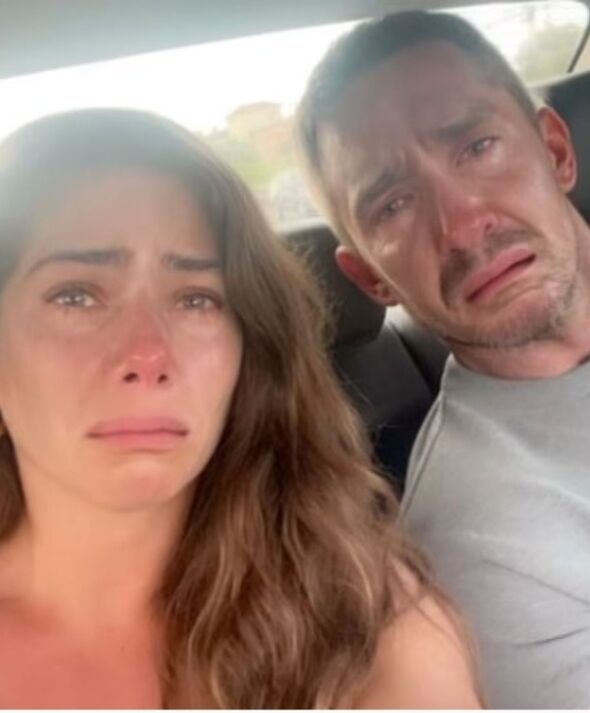 Nikki Sanderson and Anthony Quinlan went on another loved-up holiday just weeks prior to the wedding, visiting destinations such as Cannes in Southern France – but based on this photo, neither were thrilled about the thought of returning home 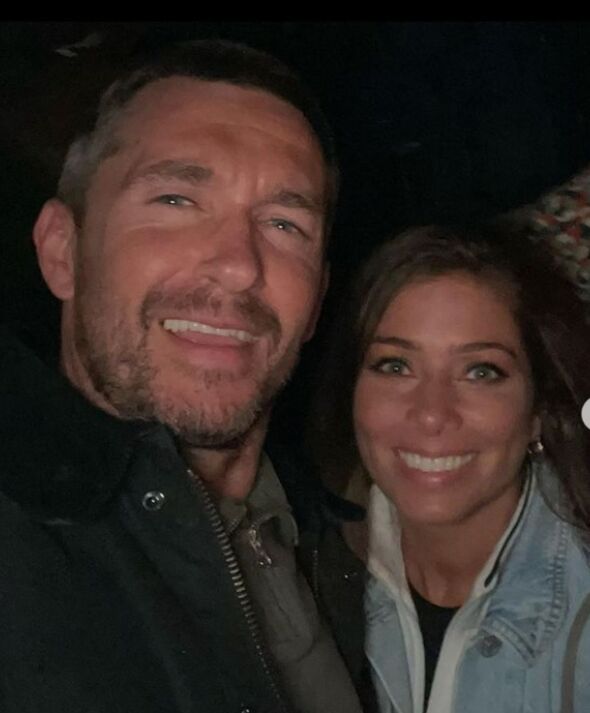 Nikki Sanderson and Anthony Quinlan at a gig

Nikki Sanderson and Anthony Quinlan recently attended a Liam Gallagher concert earlier in the summer, with both singing along merrily to tracks like ‘Cigarettes and Alcohol’. The pair only confirmed their relationship back in April, after Anthony “slid into her DMs”, but have wasted no time in posting a string of loved up pics of themselves together ever since