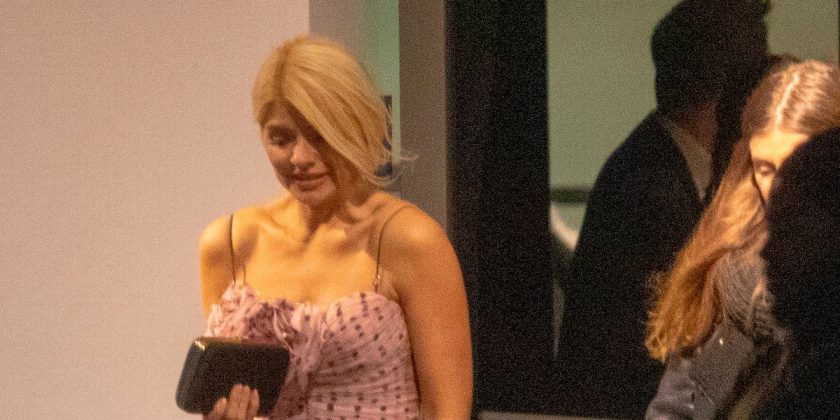 Holly Willoughby ended her night at the National Television Awards earlier than intended after she lost out to Ant McPartlin in the Best Presenter category.

Insiders at the bash said Holly left the 02 Arena 30 minutes before the ceremony finished following the surprise upset.

While Holly started the night on a high celebrating with Phillip Schofield after they scooped Best Daytime for This Morning, she’s said to have headed home after troubled Ant beat her in the Best Presenter.

An industry source told The Sun: "Holly had a good cry with her husband Dan. She was totally overwhelmed by the outpouring of love from her This Morning crew after the ceremony.

"They were all telling her how loved she is and how they couldn’t believe she didn’t win the gong.

“The amount of genuine empathy got too much for her."

It comes after Holly and Phil pretended to This Morning viewers they’d only finished their night out and joked about ‘terrible hangovers’ as they went to air on Wednesday morning.

Holly lifted the trophy at night as she thanked viewers for helping them win their ninth Best Daytime award in a row.

The pair were seen taking sips from a hipflask shortly after triumphing on Tuesday night.

While Ant McPartlin was heard saying he couldn’t accept the Best Presenter gong in an emotional speech beside best pal Declan Donnelly.

After the pair took the award for the 18th year running, Ant said Dec had done all the hard work following his ten month hiatus in 2018.

Holly had been called in personally by Dec to replace Ant after he pulled out of I’m A Celebrity to focus on his sobriety.

Following a successful stint on the reality show viewers had been hoping Holly had done enough to be crowned the Best Presenter at this year’s ceremony.

While ahead of the bash host Dermot O’Leary had joked about Ant and Dec’s nomination: "If they win it, having not been on television, we may as well just chuck in the towel.