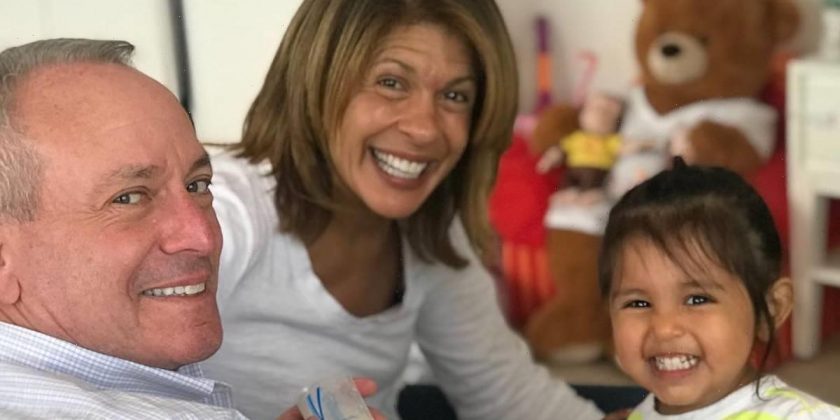 Hoda Kotb loves nothing more than spending time with her children and wants to make sure that they enjoy every celebration to the full.

MORE: Hoda Kotb gets emotional as she talks about adoption

So much so, that the Today star decided to take a chance and prolong Halloween – even going ahead and trick-or-treating with her daughters before 31 October.

The Today star took to Instagram to share a fun photo of herself with her little girls Haley and Hope, her mom Sami and sister Hala, all dressed up for the occasion.

Some fans were left confused as to why Hoda had decided to mark Halloween early, with many revealing they wouldn’t have been prepared with candy.

MORE: Hoda Kotb inundated with love and support from co-stars during special celebration

Others, however, were inspired by the idea, branding Hoda a fun mom.

In the caption, the TV star wrote: “We went trick or treating a week early. No one answered the first 2 doors… but on the 3rd door we god reeses. Never give up.” “Why? You certainly brought unexpected joy to anyone who opened their door,” one fan wrote in the comments, while another commented: “Did you forget Halloween is next Sunday?” A third added: “Love this! So fun!”

Hoda shares her daughters with fiancé Joel Schiffman. The pair had been dating for a year when the journalist asked her partner whether he would be prepared to go down the adoption route with her.

Joel didn’t have to think about it and immediately said yes, and the NBC star opened up about the touching story and her journey to motherhood last week when accepting her award at the Matrix Awards.

The podcaster said: “If you want something bad enough, say it out loud. A friend once said, ‘Even if you whisper in the bathroom mirror to yourself.”

“One thing I always wanted was kids, and I was afraid to speak it,” she said in her acceptance speech.

Hoda is incredibly close to her family

“And one day I just looked at Joel [Schiffman] the guy I had been dating a year, and blurted something out I thought I wasn’t going to be able to say.”

MORE: Hoda Kotb looks over the moon as she delivers long-awaited news

“So say your dreams out loud, if you speak them, sometimes they do come true,” she said.