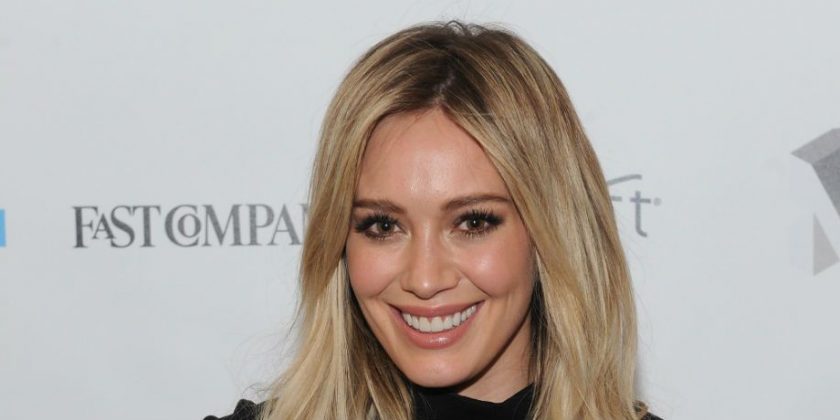 Hilary Duff may return to the character that shot her to stardom, Entertainment Tonight is reporting. Duff starred in the hit Disney Channel television show Lizzie McGuire as the title character from 2001 to 2004. Lizzie McGuire’s story ended with a feature film, The Lizzie McGuire Movie, which showed the main character graduating from middle school and preparing for high school. While the cast of the show is grown now, Duff recently shared that a reunion wasn’t out of the question.

“There’s been some conversations,” Duff revealed. “It’s definitely not a go. I don’t want to get everyone wild talking about it.”

Duff has come a long way from her Disney days. According to Us Weekly, the 31-year-old actress has been starring in the show Younger since 2015, as well as embracing motherhood. Duff gave birth to her son, 6-year-old Luca, in 2012. She was married to Luca’s father, hockey player Mike Comrie, from 2007 to 2014. Duff began dating Matthew Koma in 2017, and the two welcomed a daughter, Banks Violet Blair, on October 25 of this year. Duff isn’t sure Lizzie McGuire has followed in her footsteps and is experiencing motherhood for herself just yet, however.

“There’s been lots of conversations about that,” Duff said when asked what Lizzie would be doing today. “I’m racking my brain. I don’t think she’s a mom yet, but she might be getting there soon.”

Mother or not, Duff has love for the character she originated and thinks Lizzie has the potential to be just as relevant today as she was in the 2000s.

“I mean I love her so much,” she said of the character. “I think she was so important to girls at an important time in their life. If she could be important to them again at this age, I think that would be amazing.”

Duff divulged this information at Love Leo Rescue’s 1st Annual Cocktails for a Cause Fundraiser at Rolling Greens in Los Angeles on Thursday, December 6. Love Leo Rescue is a dog rescue in Los Angeles, and it makes sense why Duff attended the event — along with her children, she and her boyfriend have four dogs. She described her son Luca as “obsessed” with dogs. Duff clearly has her hands full, but still said she would look forward to the opportunity of reprising her role as Lizzie McGuire.

“It’s fun. I feel excited,” Duff said. “It could be a possibility or it could be nothing, so we’ll see.”