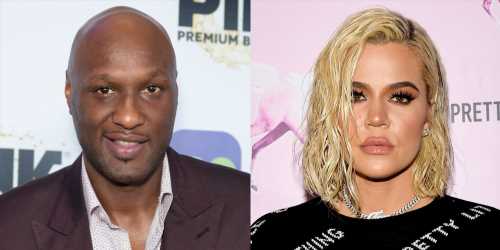 Lamar Odom revealed that he received a text from Khloe Kardashian on Tuesday (May 28) amid his massive press tour for his memoir, “Darkness to Light.”

“Um, she sent me a text yesterday,” Lamar said on The Jenny McCarthy Show, hosted by SiriusXM’s Jenny McCarthy. “She good, she talked about one of the stories I told in the book. About her coming to the hotel and putting her hands on the girl. She said she didn’t even think I remembered that story.”

Lamar added that their exchange was “friendly.”

The hotel story is as follows: one night during their marriage, Khloe, Kris Jenner, and their security tracked down Lamar to a hotel where he was with some women and some drugs.

“Khloe opened the door and pounced on the first girl she saw,” Lamar wrote.

“Try to imagine the scene: Khloe‘s beating the sh*t out of one of the girls who tried to protest. She’s dropping vicious blows all over the top of this girl’s head,” he wrote. “Kris is screaming and her security guard jumps in and pulls Khloe off the beaten stripper. Khloe tells me to gather up my things, and the guards quickly remove all traces of the drugs. We sneak out of a back door of the Roosevelt and disappear into the night.”

He also called Khloe the love of his life in the interview.