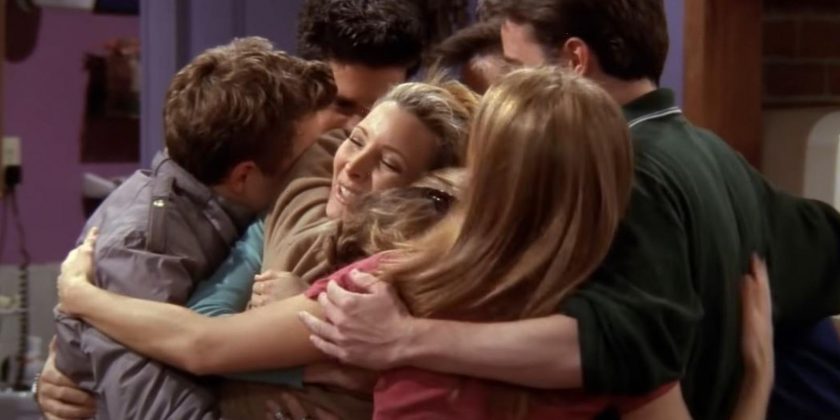 With the long-awaited “Friends” reunion special coming soon, you might be revisiting some of your favorite memories about the top-rated television show after watching the official teaser trailer. At one point in your life, you might have reserved every single Thursday night as your special time to watch “Friends” as it aired on NBC’s “Must See TV” lineup each week (via Vulture). If you truly loved a show in the days before DVRs and streaming on-demand, you put it on your weekly schedule.

When reminiscing about your favorite “Friends’ moments, it’s quite likely that you have some thoughts on Season 4, Episode 12, aka “The One With the Embryos.” For many fans, the installment of the insanely popular show is better known as “The One With the Trivia Game,” according to Refinery29. During the show, Phoebe, portrayed by Lisa Kudrow, gets artificially inseminated while the rest of the characters have a memorable trivia battle.

Phoebe served as a gestational surrogate for her brother, Frank (Giovanni Ribisi), in part, due to her real-life pregnancy (via Vulture). Although Ross (David Schwimmer) became the question writer during the epic battle, you might wonder how the writers, Jill Condon and Amy Toomin Straus, along with the show’s producers, came up with the idea for the memorable episode.

Here's how the writers used real life to create the episode

Vulture reported that fans feel the trivia episode is one of the best in the “Friends” franchise. In the show, Ross divided the questions into four categories: Fears & Pet Peeves, Ancient History, Literature, and It’s All Relative (via Refinery29). The show’s co-producer, Seth Kurland, based the trivia challenge off of a real-life group of writers he knew who shared an apartment after college (via Vulture). The writers included some big stakes about the men getting the women’s apartment if they won and the men getting rid of their pet chick and duck if the women won.

Although the trivia contest started slowly with Rachel (Jennifer Aniston) returning with a bag of groceries and Joey (Matt LeBlanc) and Chandler (Matthew Perry) guessing everything she bought, it escalated quickly. The way they shot the show meant the audience had some input into the jokes on “Friends.” When they filmed the trivia episode, the audience members were on the edge of their seats. “They would sometimes laugh at setups to jokes, ’cause they knew the characters so well. They were ahead of us, more than not,” co-creator Martha Kauffman explained (via Vulture).

Much of the episode featured the show’s main characters, and it happened in Monica’s (Courtney Cox) apartment. That’s part of why the episode worked so well, according to Vulture. Plus, the shocking fact that the women lost and they truly switched apartments. Then Phoebe announced her successful pregnancy.