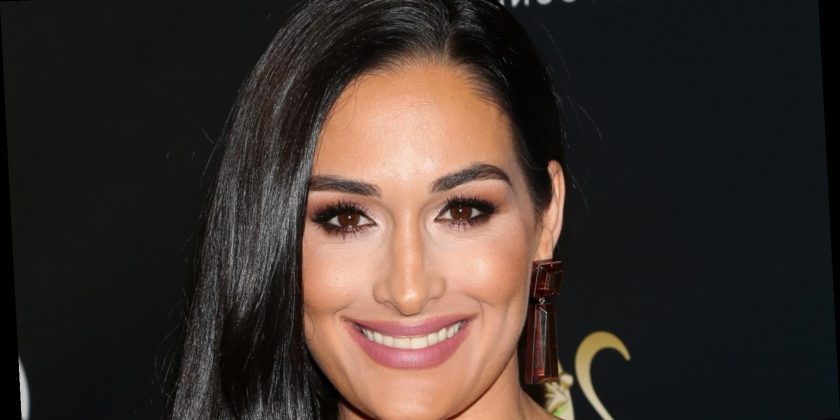 Former professional wrestler Nikki Bella found great success in the squared circle. Over the course of her decade-long stint in Vince McMahon’s company, she became the longest-reigning Divas Champion in WWE history, was named Diva of the Year by Rolling Stone in 2015, and was inducted into the WWE Hall of Fame in 2020. In addition to her successful wrestling career, Nikki has also made a name for herself outside of the ring. As she told TMZ, she had to retire from wrestling in 2019 due to a benign brain cyst, but she continues to earn an income via her successful E! reality show Total Bellas, which will kick off its sixth season on Nov. 12, 2020.

Nikki, who welcomed her first child with fiancé Artem Chigvintsev in July 2020, has also branched out into other entrepreneurial endeavors with her twin sister, Brie Bella. Keep scrolling to find out how else Nikki makes her money and how many millions she’s really worth.

Nikki Bella made a six-figure salary with the WWE

According to Celebrity Net Worth, Nikki Bella is worth $6 million, with much of her fortune coming from her career as a professional wrestler. Total Sportek reported in 2018 that she made $350,000 a year as part of her three-year contact with WWE and was the third highest-paid WWE Diva. (She trailed behind Ronda Rousey and Charlotte Flair, who respectively earned $1.5 million and $550,00 each at the time.) Of course, her career with the WWE opened up many doors for Nikki, who along with her sister Brie Bella, starred on the E! reality series Total Divas before landing her very own spin-off called Total Bellas in 2016.

In addition to the E! series, Nikki has appeared in many other TV shows, including Ridiculousness, Psych, and Whose Line Is It Anyway?, according to IMDB. She even reportedly earned at least $125,000 when she competed on Season 25 of Dancing With the Stars in 2017, where she met fiancé Artem Chigvintsev and finished in seventh place.

And let’s not forget about her brand. As WWE.com reported, Nikki and Brie launched an inclusive lifestyle and activewear brand called Birdiebee in November 2017, and as StyleCaster noted, they added a beauty line called Nicole + Brizee a little over a year later. And finally, there’s the twins’ podcast, The Bellas Podcast, which premiered in March 2019. Needless to say, Nikki’s spinning a lot of plates. A lot of tremendously lucrative plates, that is.