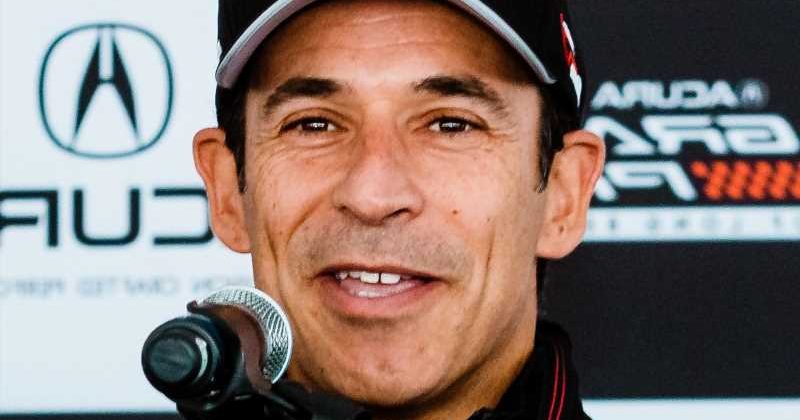 Three-time Indianapolis 500 winner Helio Castroneves has one impressive resume on and off the racetrack. As the fourth all time in Indy car pole positions with 47, the Brazilian is going for another win after being the fastest at the qualifiers ahead of the 2021 Indianapolis 500 on May 30. With the veteran champ back as the fastest on the track, he could make history as the only active driver to take home the Borg-Warner Trophy, joining A.J. Foyt, Al Unser, Rick Mears, as four-time champions.

The 46-year-old racer is known for being quite the showman with his victory fence climbs — a tradition he started following his first Indy win in 2000 at Belle Isle — landing him the nickname: Spider-Man. In addition to his career on the track, Castroneves made his way to the mainstream after winning Season 5 of “Dancing With the Stars” in 2007. Since then, he was named one of People’s “Sexiest Race Car Driver” and he’s made several TV show appearances, plus he’s worked as a correspondent for a variety of outlets including Entertainment Tonight. With all Castroneves has accomplished, it’s no surprise the racer is worth a pretty penny. Keep scrolling to see Castroneves net worth.

Between Helio Castroneves’ career on the track and his various endeavors in entertainment, the race car driver has acquired a pretty impressive net worth. In fact, Castroneves has won the most money for winning the Indy 500 with the $3,048,005 he took home after his 2009 victory, per Indy Star.

With the help of his prize money, Castroneves is worth a whopping $40 million according to Celebrity Net Worth. Despite his massive bank account, Castroneves found himself in some trouble when he was accused of federal tax evasion for allegedly hiding $5.5 million in earnings from 1999-2004, according to Indy Star. He was later acquitted on five of the six charges during his 2009 trial. His last charge was dropped just one week before the 2009 Indy 500, which he won.

“I think my tears speak for everything,” he said at the finish line following his legal struggles. “Thank you for giving me my life back,” he said to team owner Roger Penske. With a net worth like Castroneves, this racer has earned a couple of victory laps.