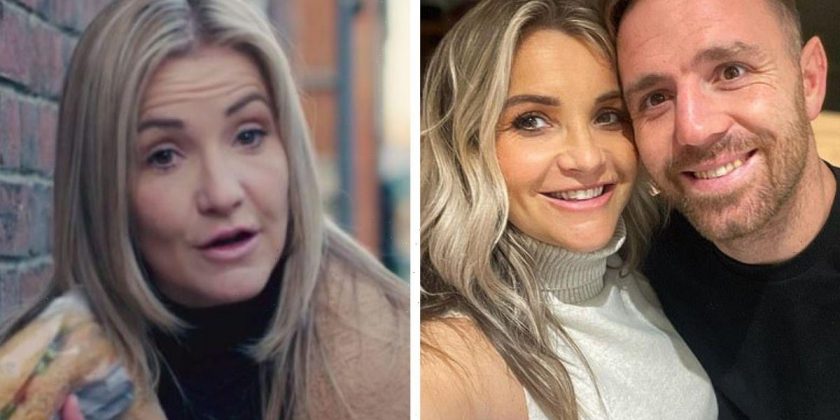 Helen Skelton was married to rugby star Richie Myler, 32, for eight years, but she let loose about the frustrations of having a relationship with a famous sports star in an unearthed and very candid blog post. In 2017, the Countryfile star, 38, claimed that her husband’s “tantrums” were worse than that of toddlers if he lost a rugby match as she admitted she found it difficult to organise their lives around the rugby player’s sporting career.

His tantrums over his sport are worse than the toddler’s

Helen Skelton on being married to rugby star Richie Myler

Helen candidly opened up on some of the stresses and uncertainties of life as a wife of a sportsman.

“I am married to a man who comes home in a mood because his team hasn’t done what he hoped or he didn’t play as well as he would have liked,” she wrote.

Referring to one of her children’s age at the time, she said of her husband: “His tantrums over his sport are worse than the toddler’s.”

She added that it was impossible to plan a future as he was constantly moving around or facing the prospect of changing teams.

In her post, “Wannabe wags beware. Sport will make you grey not glamorous” (sic), she added: “I have no idea where my children will go to school, when I will be able to put a picture on the wall or if my husband will have a job in a couple of years,” she wrote on her Helen Etc blog.

At the time she and her husband had relocated to France, where he had been playing with the Catalan Dragons in the Super League.

Prior to that, Richie had played for Warrington and Salford and Helen had expressed concern that it was impossible to know where his career would end up taking him.

“That’s the joy of professional sport,” she continued.

She added: “You may be brilliant, but if the boardroom or the fans don’t like you, or your body doesn’t do what it’s meant to, you won’t have a job.”

Helen was also concerned about the longevity of careers in rugby, which require youth.

She suggested that women seeking a sports star husband might be better off opting for golfers, who she says can “play for a long time”.

Five years on from her blog post, Helen announced that she and Richie had separated.

She announced the end of their marriage in April this year on her Instagram stories.

Helen wrote: “Very sad to say that Richie and I are no longer a couple. He has left the family home.

“We will be doing our best to co-parent our small children,” she added.

Helen was in good spirits when she stepped out at Ascot for Ladies’ Day yesterday, skirting around the dress code with a cleavage-displaying, neon pink playsuit.