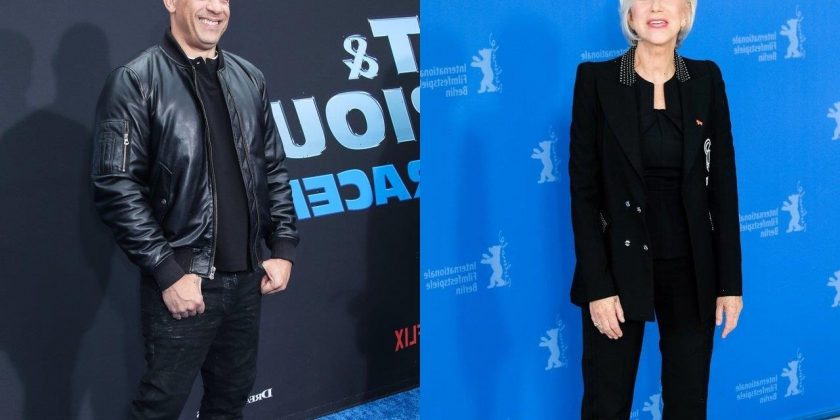 Ahead of the Venice Film Festival, the ‘F9’ actress shares on social media a stunning snap of herself with her hunky co-star at Dolce and Gabbana’s fashion show in Venice, Italy.

AceShowbiz –Helen Mirren and Vin Diesel got their groove on in the rain at Dolce & Gabbana’s fashion show in Venice, Italy on Sunday, August 29.

The “Fast and Furious” franchise co-stars joined scores of other big names at the bash – held ahead of the Venice Film Festival, which kicks off on Wednesday, September 1 – including Jennifer Lopez, Megan Thee Stallion, Jennifer Hudson, Doja Cat, Kourtney Kardashian, and boyfriend Travis Barker.

Mirren shared a snap of herself taken from behind, showing off the back of her gold dress by the designer duo, as Vin laughed and held her close, on her Instagram page. She added the caption, “I danced in the rain with VIN DIESEL!”

The Oscar winner also shared a snap of her gorgeous gown, with its gold bodice and full skirt on display, penning alongside it, “Had a strange and wonderful dream last night. I dreamt I was in Piazza San Marco in Venice, dressed like a member of the Contarini Family, and before me appeared many beautiful goddesses dressed in heavenly clothes, as a rainbow and lightening [sic] appeared and thunder rolled, and as the vision disappeared a beautiful rain began to fall…”

Helen also added a video of herself after a costume change, sporting a gauzy black dress, and quipped, “There should be an Olympic event called twirling with a big dress. I would enter. Thank you D&G for giving me a Cinderella moment.”