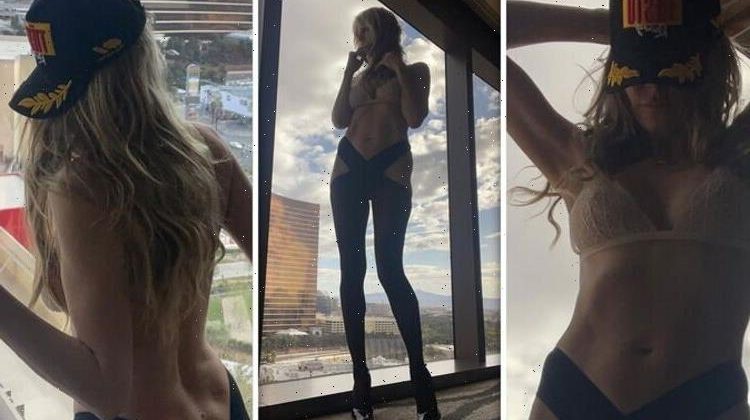 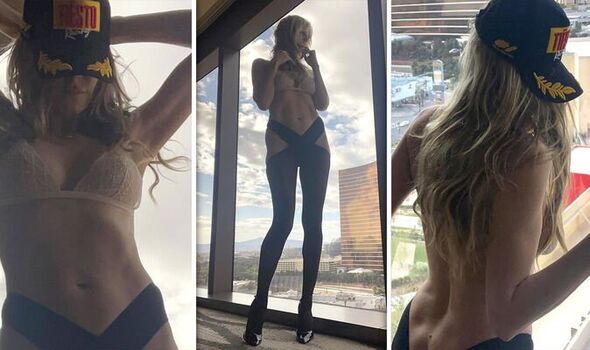 Heidi Klum, 48, flaunts endless legs as she poses in skimpy lace bra in front of a window

International supermodel Heidi Klum, 48, stunned fans on Instagram yesterday, as she showed off her endless legs during a daring window shoot in Las Vegas. The star set pulses racing as she flaunted her toned physique in view of her 9.2 million Instagram followers.

Heidi slipped into a pair of black stockings with cutouts at the hip to accentuate her enviable figure.

She paired the criss-cross designed stockings with a delicate white, lacy bra.

In a couple of the shots, she could be seen accessorising with a dark blue and gold cap embroidered with the words “Tiesto Racing”.

She towered against the backdrop in a pair of shiny black stiletto heels.

Heidi wore her hair in a tousled, casual style as she posed in front of the window, which revealed the large buildings behind her.

The post comes after the model was seen setting off on a road trip with her husband to Las Vegas, Nevada.

Heidi, beau Tom Kaulitz, and brother-in-law, Bill are currently on a trip that has taken them through several locations in the Nevada desert.

Heidi Klum, 48, stunned as she posed in thigh-high stockings.

Heidi Klum, 48, posed in a lacy bra against the backdrop.

Heidi Klum, 48, modelled from up high

Heidi Klum, 48, was snapped with high rises behind her.

In another picture on her Instagram story Heidi Klum, 48, appeared to go braless beneath a leather jacket.

Heidi Klum, 48, pictured with her hubby

Heidi Klum, 48, was on the road with husband Tom Kaulitz.