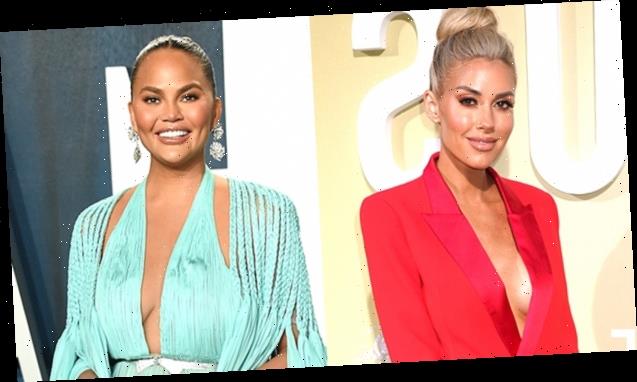 Heather Rae Young responded to Chrissy Teigen’s doubts about whether or not all the stars on ‘Selling Sunset’ are real estate agents and revealed her background in the industry, in a new interview.

Heather Rae Young, 32, is setting the record straight when it comes to whether or not she has a real estate license after Chrissy Teigen, 34, publicly expressed doubts about her Netflix reality show Selling Sunset. The television star gave an interview to KTLA on Aug. 25, which can be seen above, and was asked what she thought about the actress wondering if she and her other co-stars are really real estate agents or just playing them for the series. “My response to that is I have had my real estate license since 2014,” she told Dayna Devon during the interview.

“I’ve been with The Oppenheim Group since 2015,” she continued. “I sold my first house within three months of having my license. It was a $7.2 million house. A week later, I sold a $1.5 million condo and you can look up the proof.”

Heather further offered proof by talking about her and her co-stars’ office. “You can come to our office and visit us,” she said. “We’ve all been in the office for years and years and known each other for almost six years. Maybe because she doesn’t know us doesn’t mean we’re not real real estate agents.”

Chrissy made headlines when she spoke about Heather and her co-stars’ show and real estate agency, Oppenheim Group, on Twitter on Aug. 19. After tweeting about how she “just watched all of Selling Sunset”, she seemed to indicate that she thinks it’s not real in a tweet that can be seen below. “I will say, I look at LA real estate a lot and have never seen any of these people lol either have our agents, who I have obsessively asked,” the tweet read.

Shortly after Chrissy’s tweet gained traction, a source told us that it’s natural for the model to be open about her feelings even if they cause controversy but she’s not trying to diss the show or the cast. “Chrissy keeps it real with her fans and never holds back on her opinions,” the source EXCLUSIVELY told HollywoodLife. “She’s just very real and finds it funny that people take reality TV so seriously. She has nothing against the show or the cast though, not at all.”