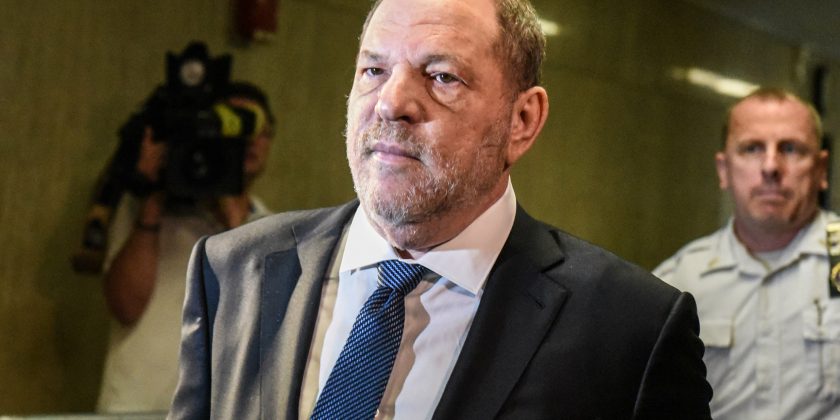 Harvey Weinstein has hired a new dream defense team that includes an attorney who most recently represented one of the disgraced film mogul’s most vocal accusers, Rose McGowan, The Post has learned.

Baez represented McGowan, who pleaded no contest to drug possession charges last year. The “Scream” actress had claimed Weinstein planted the drugs in her wallet in 2017.

Weinstein has been in chats with Baez and Sullivan, who often work together on cases, for more than a month, a source told The Post. They famously won a 2017 acquittal in Boston for former New England Patriot Aaron Hernandez, accused of the double slaying of Daniel de Abreu and Safiro Furtado sparked by a spilled drink.

And Baez won an acquittal in 2011 for Casey Anthony, who was charged with the murder of her 2-year-old daughter, after a six-week trial in Orlando, Florida, that transfixed the country.

Sullivan is a professor at Harvard Law School, which is also his alma mater.

Mackey represented Los Angeles Lakers legend Kobe Bryant when he was accused of raping a 19-year-old hotel staffer in 2003 in Colorado. Prosecutors dropped the case after the victim stopped cooperating. Bryant always maintained that the encounter was consensual.

Weinstein’s longtime Hollywood lawyer Blair Berk is said to be taking a more active role in the case. The team will also bring in attorney Duncan Levin.

Weinstein is slated to go to trial May 7 on charges he forcibly performed oral sex on production assistant Mimi Haleyi in 2006 and raped a longtime lover in a Manhattan hotel in 2013.

Weinstein and Brafman went their separate ways after a massive blow-up over legal strategy.

The pervy producer tried to add lawyers to the team without Brafman’s blessing — over concerns that Brafman couldn’t handle the trial on his own.

Technically, Brafman remains Weinstein’s attorney until they appear in Manhattan Supreme Court this Friday with his new team, and Justice James Burke signs off on the arrangement.

There was a delay in bringing the new attorneys onto the case as they worked to ensure there was no conflict of interest at play.

Meanwhile, Brafman spent Monday at the National Trial Lawyers Summit in Florida, where he was presented with an award for best criminal defense lawyer of 2018. He declined to comment.