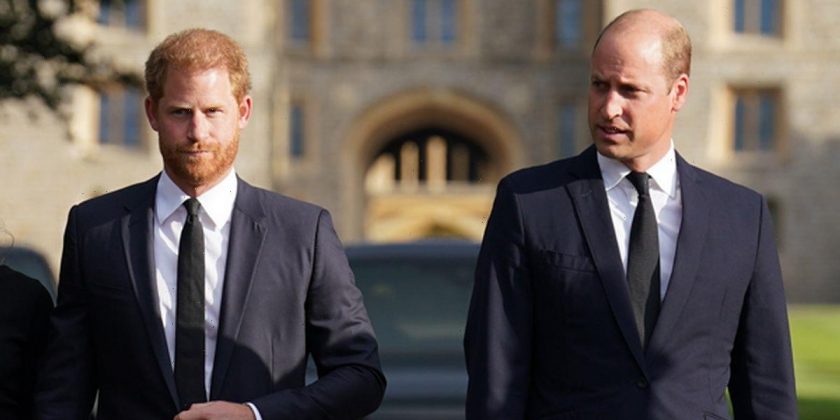 Prince Harry’s memoir will be “really difficult” forhis brother, the Prince of Wales, as it may "steal the limelight’ over their mother Princess Diana's death death, aroyal expert has claimed.

The Duke of Sussex’s hotly-anticipated and “unflinching” autobiography Sparewill be released on 10 January next year, it has been confirmed.

Publisher Penguin Random House said the memoir would immediately take readers back “to one of the most searing images of the 20th Century” – princes William and Harry walking behind the coffin of their mother, Diana, as she was laid to rest, with the world watching on in “sorrow” and “horror”.

Royal author Pauline Maclaran said that using Diana’s death as a taster for the book “doesn't sound particularly good," before adding that the Royal Family are likely to be “upset by the contents”.

She toldExpress.co.uk: “It will be really difficult for William, Harry is stealing the limelight, possibly, over their mother's death. William suffered very acutely as well.”

Ms Maclaran, author of the book Royal Fever, added that Harry’s memoir, which has been described as raw and full of revelation, was a crucial part of him creating a “relatable image”.

She said: "It is obviously a gamble he is willing to take. I think it's very much a gamble because I think it's bound to upset members of the Royal Family.

"First of all, even if he's not criticising them – and I think we all fully expect he will be – he is still pouring his heart out in a way that is not usually regarded as very royal, and against the Queen's mantra to always keep silent.

“Members of the Royal Family are going to be upset by the contents. I think they have to be, really.”

The Royal Family are said to be"preparing themselves" for any potential bombshells in Harry's "nuclear memoir", which is coming in the same year as King Charles III's official coronation.

Its provocative title appears to allude to Harry, 38, being the “spare” prince to his 40 year old brotherPrince William, the heir.

Penguin Random House said the memoir will be the “definitive account of the experiences, adventures, losses, and life lessons that have helped shape him".

The memoir’s description reads: “With its raw, unflinching honesty, Spare is a landmark publication full of insight, revelation, self-examination, and hard-won wisdom about the eternal power of love over grief.”

Despite criticisms over the book, a source reportedly told how Harry has "no regrets" about its contents. He found it "cathartic" to open up on the "traumatic" nature of his childhood, it was said.

The source reportedly added that Harry found it hard to "recount certain traumatic events” from his early years.