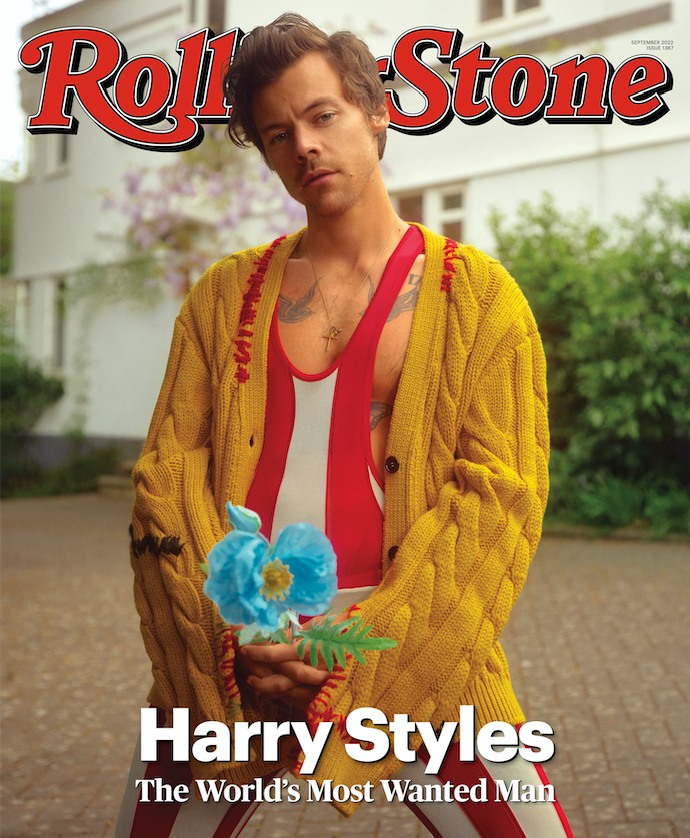 Note: this profile came out before the Venice drama at the Don’t Worry Darling premiere.

Whenever I finish reading a profile of or interview with Harry Styles, I feel like he really is a genuinely nice guy. Is that wrong? Is he secretly a douche? I don’t think he would be able to hide it this well, honestly. Harry covers Rolling Stone UK to promote Harry’s House (a victory lap) plus his two movies coming out this fall, Don’t Worry Darling and My Policeman. Harry allowed RS to follow him around on tour, where he scandalously… showers after every concert, avoids coffee and alcohol and tries to get ten hours of sleep every night. He talks to RS about sexuality, abortion, race and a lot more. Some highlights:

He goes to therapy: “I committed to doing it once a week. I felt like I exercise every day and take care of my body, so why wouldn’t I do that with my mind? So many of your emotions are so foreign before you start analysing them properly. I like to really lean into [an emotion] and look at it in the face. Not like, ‘I don’t want to feel like this,’ but more like, ‘What is it that makes me feel this way?’”

Who he is privately: “When I’m working, I work really hard, and I think I’m really professional. Then when I’m not, I’m not. I’d like to think I’m open, and probably quite stubborn, too, and willing to be vulnerable. I can be selfish sometimes, but I’d like to think that I’m a caring person.”

His sexuality: “Sometimes people say, ‘You’ve only publicly been with women,’ and I don’t think I’ve publicly been with anyone. If someone takes a picture of you with someone, it doesn’t mean you’re choosing to have a public relationship or something.”

How some of his fans hate Olivia Wilde: “That obviously doesn’t make me feel good,” he says, carefully. It’s a tightrope he’s treading in discussing this. He wants to — and does! — see the good in his fans, but there’s no denying that like every large online community, this one has a faction that runs on hate and anonymity. Even with the boundaries he’s set between his public and private lives, sometimes “other people blur the lines for you”, he says. There’s a conversation he has to have early in a relationship, no matter how weird or premature it may feel. “Can you imagine going on a second date with someone and being like, ‘OK, there’s this corner of the thing, and they’re going to say this, and it’s going to be really crazy, and they’re going to be really mean, and it’s not real…. But anyway, what do you want to eat?’”

Olivia Wilde on how some of his fans hate her: “What I don’t understand about the cruelty you’re referencing is that that kind of toxic negativity is the antithesis of Harry, and everything he puts out there. I don’t personally believe the hateful energy defines his fan base at all. The majority of them are true champions of kindness.”

On ‘My Policeman’ & playing a closeted gay man: “It’s obviously pretty unfathomable now to think, ‘Oh, you couldn’t be gay. That was illegal.’ I think everyone, including myself, has your own journey with figuring out sexuality and getting more comfortable with it.” To him, My Policeman is a very human story. “It’s not like, ‘This is a gay story about these guys being gay.’ It’s about love and about wasted time to me.”

He loves walking around cities & chatting with regular people: “If you make your life about the fact that you can’t go anywhere and everything has to be a big deal, then that’s what your life becomes. Now, in London, I walk everywhere. It’s hard to stumble across things and restaurants and places and stuff if you’re just driving everywhere, and it’s just not that fun.”

Maybe having children one day: “Well, if I have kids at some point, I will encourage them to be themselves and be vulnerable and share.”

On racial justice: “I took a massive look at myself, and was like, ‘Oh, I don’t do enough… or anything.” When conversations around anti-Blackness and inaction reached a fever pitch in 2020, Styles marched in the streets and read books like How to Be an Antiracist, by Ibram X. Kendi, and The Will to Change, by bell hooks. He started thinking about racial and gender equity, especially as someone who employs many people on the road. “Pretending as a white person you don’t get a head start just isn’t true,” he says.

On the overturned Roe v. Wade: “I can’t begin to imagine how terrifying it is to be a woman in America at the moment.”

Wilde is quoted about his fans, and she’s quoted about Don’t’ Worry Darling, just telling some stories about how great his performance is and how he got into his character. We’ll see! I think his approach to his fans – or some of his fanbase – is pretty healthy? He and Olivia could sit there and wallow in “I can’t believe these hateful people are saying all of these things,” but neither of them do. I’ve seen those tweets too, and some of them are incredibly disturbing. Wilde is right – Harry’s energy is all about acceptance, love, taking care of one another. Why would his fans go to “let’s hate on the woman he loves”? Everything else – the therapy, the work he’s being doing on himself, his breezy “let’s go exploring” attitude… he’s a good guy. Maybe. Who knows. 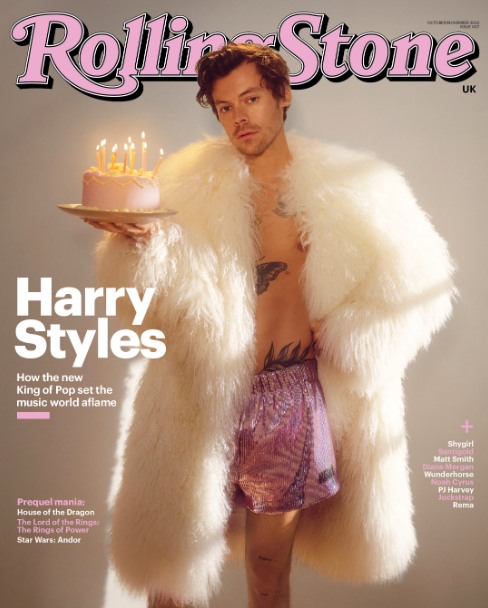