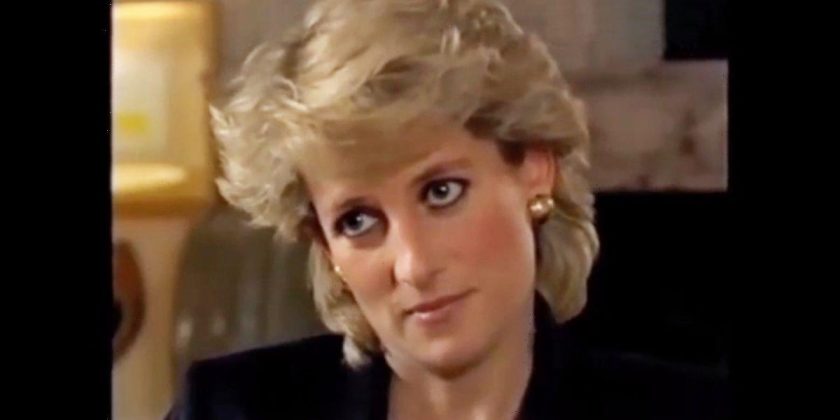 Harry & Meghan has used the controversial Panorama interview with Diana – after Prince William said it should never air again.

Halfway through Episode One, Prince Harry opens up about press intrusion on him and brother William during their childhood before Martin Bashir interviewing his late mum.

He then claims that while we all know that she was deceived – she also had felt compelled to talk about it.

Wearing a black jumper and staring at the camera, Harry says: “I think she had a lived experience of how she was living that life. She felt compelled to talk about it.”

“Especially in that Panorama interview – I think we all now know that she was deceived into giving the interview but at the same time she spoke the truth of her experience.

It cuts to Martin Bashir asking Prince Diana in the November 1995 interview: “How do you feel about the way the press behaves towards you now?

Diana replies: “I still to this day find the interest daunting and phenomenal because I actually don’t like being the centre of attention. I never know where a lens is going to be.

My mum was harassed throughout my life with her dad but after they separated the harassment went to new levels.”

In May last year, the Duke of Cambridge revealed his "indescribable sadness" that Princess Diana had been deceived back in 1995.

Following the devastating findings from an independent report into the BBC practices, Prince William called for "scoop of the century" never to be aired again.

In a statement from the future king, he explained how the Panorama report had greatly impacted the relationship between his parents, Princess Diana and Prince Charles.

It is believed that the BBC appeared to have "covered up" Bashir's deception after allegations emerged that he had used fake bank statements to falsely claim Diana's inner circle were selling stories to the media.

In the statement Prince William released, he said: "I would like to thank Lord Dyson and his team for the report.

"It is my view that the deceitful way the interview was obtained substantially influenced what my mother said.

"The interview was a major contribution to making my parents' relationship worse and has since hurt countless others.

He continued: "It brings me indescribable sadness to know that the BBC's failures contributed significantly to her fear, paranoia and isolation that I remember from those final years with her.

"But what saddens me most, is that if the BBC had properly investigated the complaints and concerns first raised in 1995, my mother would have known that she had been deceived.

"She was failed not just by a rogue reporter, but by the leaders at the BBC who looked the other way rather than asking the tough questions.

He concluded: "It is my firm view that this Panorama programme holds no legitimacy and should never be aired again.

"It effectively established a false narrative which, for over a quarter of a century, has been commercialised by the BBC and others."

Prince Harry also released a statement at the time on the matter which read: "Our mother was an incredible woman who dedicated her life to service. She was resilient, brave and unquestionably honest.

“The ripple effect of a culture of exploitation and unethical practices ultimately took her life.

“To those who have taken some form of accountability, thank you for owning it. That is the first step towards justice and truth.

He continued: “Yet what deeply concern me is that practices like these – and even worse – are still widespread today.

“Then, and now, it’s bigger than one outlet, one network, or one publication.

The remainder of the six-part series – which drop next Thursday – will see the couple open up further about their lives and most notably, their experience during their time as senior working Royals in the UK, featuring everything from Piers Morgan , who said he's "traumatised" by being "exploited" in it, to a bizarre piece of footage that appears to be of Katie Price leaving court.