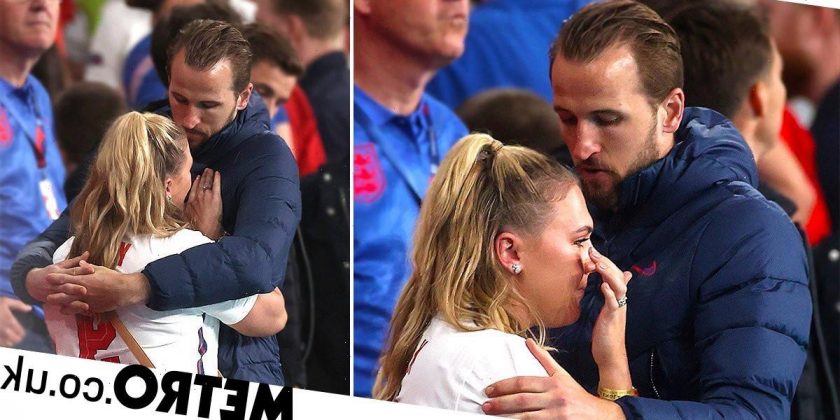 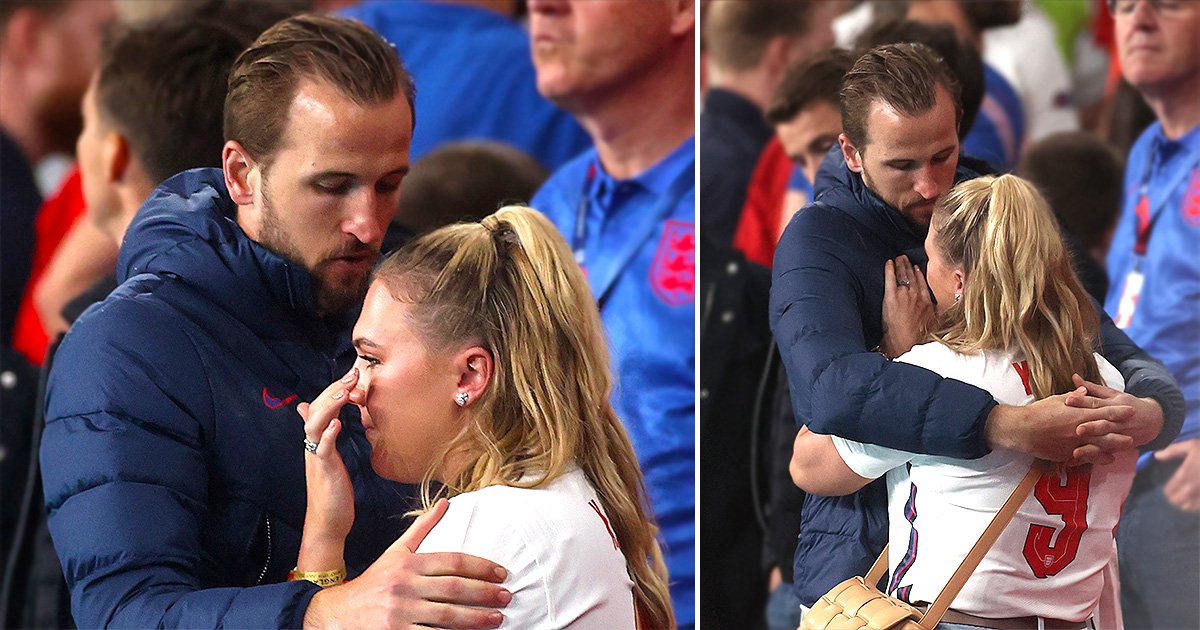 Harry Kane consoled his wife Kate Goodland in the crowd as she broke down over England’s loss to Italy in the Euro 2020 final.

The team, who removed their runner’s up medals during the trophy presentation, fell at the final hurdle at Wembley on Sunday night, first drawing level 1-1 after extra time but after a tense penalty shoot-out Italy emerged victorious.

It was heartbreak all round as the England men’s team’s 55-year wait for a major trophy continues.

Kate, wearing an England shirt with ‘Kane’ on the back, was seen bursting into tears over the defeat and had a moment with Harry as he put his arms around her.

The couple, who are parents to children Ivy, Vivienne and Louis, shared a kiss in the crowd.

The squad, led by Gareth Southgate, had an outpouring of support from fans and famous faces such as Adele, Liam Gallagher and Nigella Lawson.

The Skyfall singer, posing in an England shirt, said on Instagram: ‘You did us so proud! You brought our game home and brought us all together.’

Nigella tweeted: ‘Congratulations Italy. And thank you Gareth, thank you lads. You made us proud.’

Oasis front man Liam said: ‘It’s all good Bruv I love you kid we go and smash the World Cup.’

Presenter Roman Kemp posted: ‘I could cry my eyes out right now; but that’s football. Instead I’ll think about how I was able to take my dad for an early birthday present to a moment in history and celebrating more than ever supporting a team who have been phenomenal both mentally and physically.’

Speaking to BBC after the match, Harry said the penalty shoot-outs are ‘the worst feeling in the world when you lose them.’

‘It’s going to hurt for a while, but we’re on the right track and we’re building. Hopefully we can progress next year.

‘We had a fantastic tournament we should hold our heads up high. It’s going to hurt, but we’re progressing and we can build on this next year. The boys did everything they could, it just wasn’t our night.’