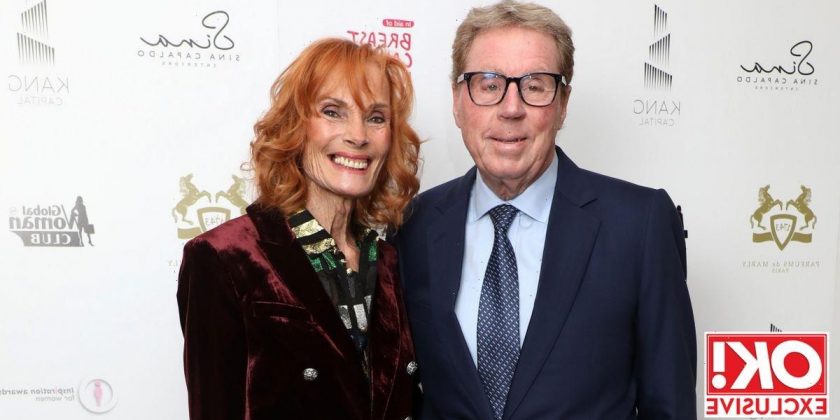 Harry Redknapp and his wife Sandra Redknapp turned heads when they attended the Inspiration Awards For Women 2023 last week as they held hands and posed for photographs on the star-studded red carpet.

The couple were joined by the likes of Dame Emma Thompson, 63, and Bake Off royalty Dame Mary Berry, 87, as they spoke to OK! ahead of the ceremony.

And giving us an update on how their son Jamie Redknapp and his new wife Frida Anderson are settling in as new parents to their one year old son Raphael, Sandra gushed over how "gorgeous" they are.

"Oh, they’re lovely, thank you. It’s been a year now and they’re absolutely gorgeous," Sandra, 74, shared with us.

"We saw them on Monday and he’s [Raphael] just started walking. Before we know it he will be running around and tearing it up."

Harry, 75, was then asked whether they are strict or calm grandparents, with him revealing: "We take it easy with them."

Harry and Sandra attended the event – a night that sees people come together to celebrate inspirational women – and the former football manager took the opportunity to gush over Sandra, as he called her his inspiration in life.

He said: "It’s got to be Sandra without a doubt. She’s the world to me. She helps everybody. We just love each other. There is no love like it."

Sandra previously praised her 48 year old son for being a hands-on dad after admitting her husband has never changed a nappy in his life.

The footballer-turned-pundit welcomed his third child – and first with wife Frida – last November, although Sandra hinted that she reckons their newest addition will be their first and last.

When asked if they’ll have another, Sandra told OK!: “I don’t think so now. She’s already got four!”

It comes after doting father Jamie revealed how Raphael has "brought so much joy" to his family.

"You have brought so much joy to our family with your cheeky character. We love you so much.”

It was also Raphael's big brother Beau’s birthday in the same month, which saw him turn 14 years old.

"So proud of you . Keep working hard at everything you do . I love you so much . Have the best day. Dad."