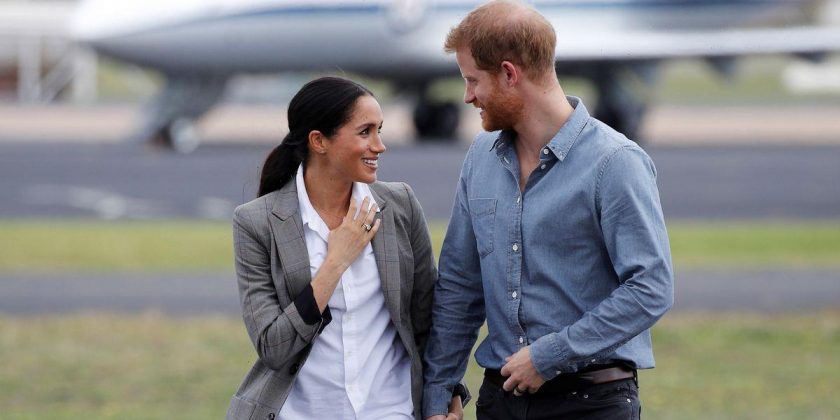 Prince Harry and Meghan Markle’s staff were reportedly left in tears upon discovering that the couple were planning their break from the royal spotlight.

Harry and Meghan stepped away from the royal family in 2020, sparking a series of events that would ultimately sour relationships and lead to one very infamous Oprah Winfrey interview.

Offering fresh insight in her latest book, The Times’ royal correspondent Valentine Low writes on what happened behind the palace’s closed doors.

According to the book, called Courtiers: the Hidden Power Behind the Crown, Harry and Meghan solidified their escape as early as their November 2019 trip to Canada.

"Shortly before the end of the year, Meghan confided in a member of her staff that the couple were not coming back. The rest of the team did not find out until they held a meeting at Buckingham Palace at the beginning of January 2020.

“They found it hard to accept they were being dumped just like that. Some of them were in tears. It was a very loyal team," said one.

After a brief time in Canada, Harry, 38, and Meghan, 41, relocated to the US with the help of Hollywood legend Tyler Perry, the mind behind the Madea film series.

"It was a very difficult time for them,” Perry told TODAY hosts, Hoda Kotb and Jenna Bush Hager. "What I know about the two of them, that I wish the world knew, is how much they love – these two people love each other.”

Perry also said that he idolises their relationship and is seeking something similar.

Meghan would later detail their friendship in the couple’s incendiary interview with Oprah, telling the talk show host that: "We didn't have a plan. We needed a house and he (Perry) offered his security as well so it gave us breathing room to try to figure out what we were going to do."